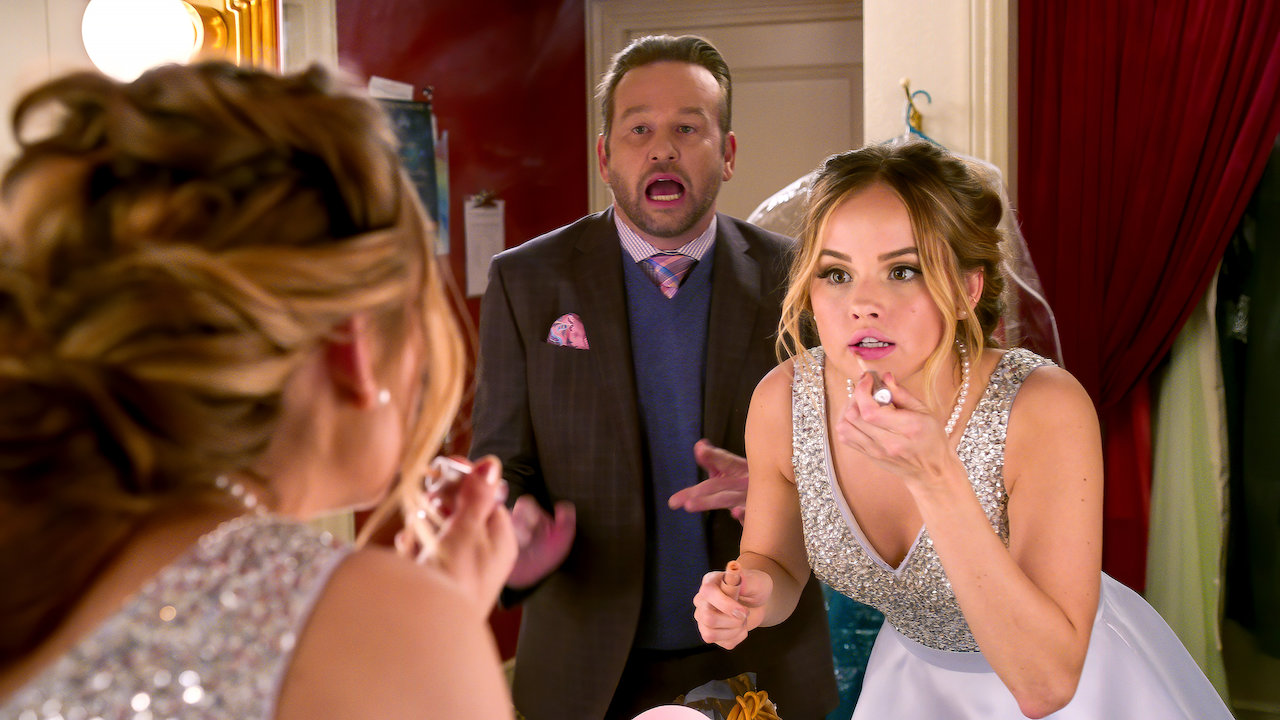 Patty Bladell touches up her makeup during a pageant competition. (Netflix)

Patty Bladell touches up her makeup during a pageant competition.

Netflix recently released the second season of a controversial show.

After a controversial first season, Netflix released a second season for its show Insatiable on October 11.

The show focuses on teenager Patty Bladell and her pageant coach, Bob Armstrong. While Patty competes in pageants, she also must deal with an eating disorder and her homicidal urges. After the first season, many called for Insatiable to be canceled, arguing it was body-shaming. As of October 31, a petition calling for the show’s end has over 236,900 signatures. Some students agree the show is problematic.

“I guess you could say it was a dark comedy, but it was offensive and just dumb at some parts,” asserted Noel Salmeron, a Woodside senior. “I ended up just mindlessly watching it as I did other stuff.”

Senior Zoe Mason did not watch the series because of the controversy surrounding the show online.

“People overall were saying pretty negative things about it,” stated Mason, a senior at Woodside. “They said that it was fatphobic, that the plot was not even good, and the jokes fell flat. I haven’t watched the show because I’ve heard pretty much nothing but bad things about it.”

Though some were upset by the way Insatiable approached eating disorders, others found fault with the coverage of mental health issues. Bob Armstrong repeatedly considers suicide throughout the show.

“I didn’t like how the first season portrayed Bob being suicidal, because it was really melodramatic and insensitive in a way,” said Faith Hawkins.

Some consider the second season to be an improvement after their disappointment with the first season’s portrayal of eating disorders and other mental illnesses.

“The second season seems to differ from the first because it talks about real issues rather than glazing over them like the first season did,” declared Hawkins. “The second season highlights the fact that being pretty doesn’t solve your problems, [and]… it brings a lot of attention to eating disorders and shows relevant ways to seek help.”

However, the controversy over the first season was enough to stop some viewers from watching the second.

“About ten minutes [into the second season], I stopped watching,” remembered Salmeron. “I wasn’t sure I wanted to watch a continuation of this show after thinking about season one.”

They said that it was fatphobic.”

Though some think there are positive implications to the second season, they also have concerns about the plot of the series.

“I don’t like that it portrays Patty as an almost hopeless case,” reflected Hawkins. “I also don’t like the whole murder after murder aspect of it because after so many deaths, it eventually gets old and there’s no suspense.”

Some students are worried that the issues with Insatiable, including its portrayal of eating disorders, will negatively influence younger children who watch the show.

“Now that streaming services are pretty accessible to everyone, even when a lot of the content is mature, a lot of younger kids are seeing this stuff,” declared Mason. “It definitely will influence them, starting from when they are younger instead of them having the wisdom to recognize all that stuff.”