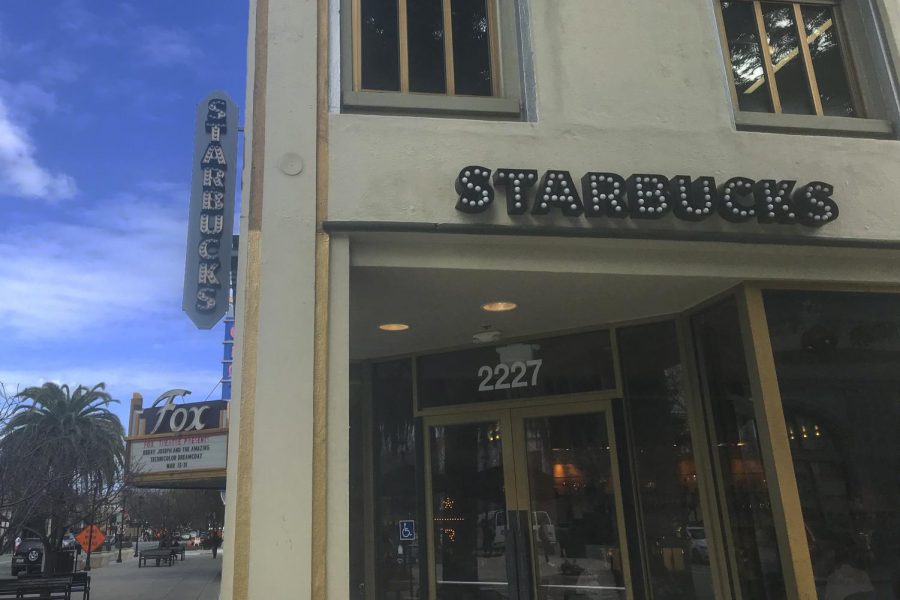 This is the local Starbucks, located in Redwood City, where Lee and Postlewaite were approached.

Why Being Polite Isn’t Always a Good Thing

Women often feel pressured to act polite in situations or around people that make them feel uncomfortable.

The following story by Taila Lee and Chloe Postlewaite is the extended version that was broadcast on KQED’s California Report Magazine for Youth Takeover week on May 3, 2019, where students from high schools in the Bay Area shared their stories. You can listen to their cut story here.

“We’re 16-year-old teenage girls, so naturally, we were at our local Starbucks, working on a school project. We were having a conversation when a 20-something-year-old man approached us and asked if we had Uber. Neither of us did, so we apologized and said no. Then he said,

‘Can I sit down and talk to you guys? I just got out of jail, and I really need to talk to someone,’ he said.

“Without waiting for an answer, he pulled up a chair, sat down with us, and started talking.

“We waited there, just nodding patiently and listening to him, because politely asking him to leave seemed impossible. He continued with his story, casually asking us how old we were. What school we went to. If he could buy us a drink.

‘I actually didn’t even need an Uber. I just wanted to talk,’ he laughed.

“He apologized for interrupting our study session and was generally pleasant, but he never implied that he was going to leave.

“We texted each other about what to do, all the while still nodding and smiling at him. But, when he left to go to the bathroom, we grabbed our belongings and ran out of the cafe. We sprinted for two blocks. The worst part was that, when we left, we felt guilty for leaving him alone.”

Zoe Mason, a junior at Woodside High School, mentioned a similar situation she was in.

“I was walking home from school and this guy approached me and wanted to talk about the flowers in his yard,” Mason described. “So even though I felt a little bit uncomfortable that this much older man was trying to get me to talk to him, I stood there for a few minutes until I could excuse myself.”

Ever since kindergarten, your parents and teachers tell you not to talk to strangers.

“They raise you to be aware of the whole stranger danger thing,” Mason said, “but they also… my parents raised me to be polite and kind and nice.”

But, teenagers aren’t the only ones that have to deal with this. Michelle Buckowski, a history teacher at Woodside High School, believes that this is a lifelong struggle for many women.

“As a female teacher, there are certain expectations of ‘this is how you’re polite and kind’ and ‘this is how you carry yourself,’” Buckowski detailed, “where my male colleagues in the past have been able to be more forceful or boisterous or tease.”

“A long time ago in a different district, I was a counselor at a school site and there was a new principal,” Vann said. “When I introduced myself as the counselor, the male principal’s response was ‘are all the counselors as pretty as you?’”

The problem goes beyond in-person interactions. Chloe Postlewaite, a Woodside junior, explains how communication is easier than ever in the age of social media and dating apps.

“When I was 13, a man started messaging my public Instagram account,” Postlewaite explained. “At first I thought he was just a kid trying to be friendly, but small talk quickly escalated to him asking me invasive questions and trying to roleplay. I was worried about acting rude to someone who was just trying to be nice, but when I found out he was 23, I finally blocked him.”

In middle school, we’re told not to reveal any personal information on our social media, like your name, age, or school. Woodside junior Taila Lee describes how social media has blurred these lines.

“I also run a public Instagram account, and I’ve received multiple direct messages from older guys, asking how I am,” Lee said. “And I feel guilty for blocking them, even though I know I’m protecting myself.”

“We default to being polite… because we don’t know what else to do,” Vann stated. “Being polite feels like the safe way to just get out of the situation.”

Thankfully, the recent #MeToo movement has shed light on this standard.

“In the last few years with #MeToo, it’s been super interesting to see that power dynamic shift,” Buckowski said. “I’ve got male colleagues who are really watching themselves and watching what they say without those years and years of practicing that.”

Although the #MeToo movement has made a powerful impact on society, there’s still more to change.

“It seems like it’s hopefully going in the right direction, but again it has to be bigger than ‘it’s not okay to harass and assault women,’” Vann stated. “Yes, that is true, but that’s like a very low bar.”

Women are supposed to value safety over courtesy, yet we are still expected to act politely in all situations. The problem isn’t with how women are acting, but how society has created unrealistic behavioral standards.

Vann explained that, until this expectation changes, women will continue to “practice. To anticipate… what kind of uncomfortable situation you might be in. Think of how you would respond, then practice that.”

This is your reminder: whether it’s online or in person, it is always okay to say no.