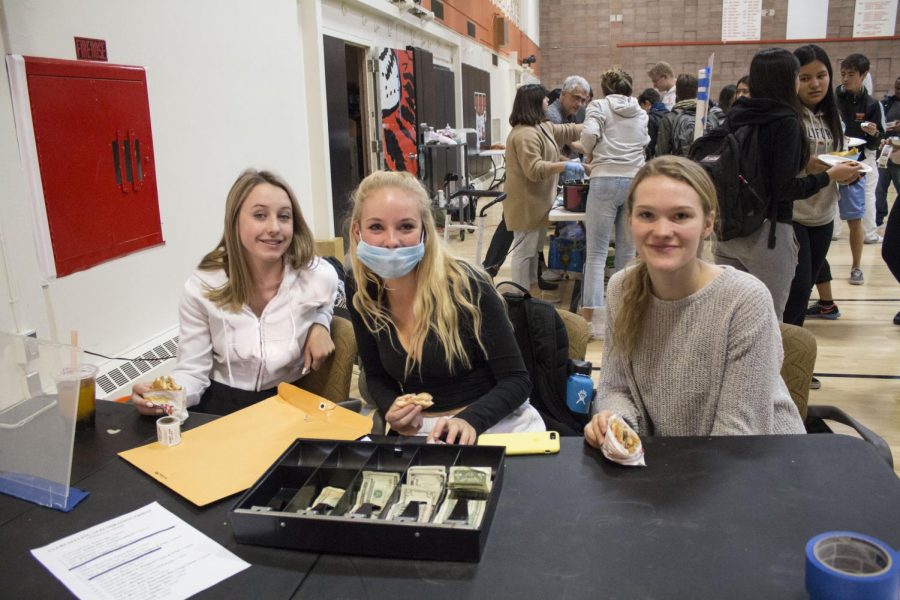 How Fundraising Friday Was Affected By The Unhealthy Air Quality.

Woodside High Schools’ biannual Fundraising Friday was relocated to the old gym due to the unhealthy air quality caused by multiple wildfires occurring around California.

The smoke from wildfires in Paradise and Malibu have polluted the air, making it unhealthy for students to be spending lots of time outside. On Friday, November 9, the leadership classes on campus had to abandon the outdoor quad set-up for Fundraising Friday, a fundraiser meant to raise money for clubs. The fundraiser was instead moved to the old gym to avoid unhealthy exposure to smoky air.

“It was a bit rough to move the activity into the old gym,” Colby Peck, a junior who was in charge of setting up Fundraising Friday, explained. “We had to change the layout of where everything would go but we got through it.”

“The fifth period announcements had said where the new location would be,” Kathleen Dunlap, a sophomore conveyed. “There were tables placed outside the gym, so it was pretty easy to find.” 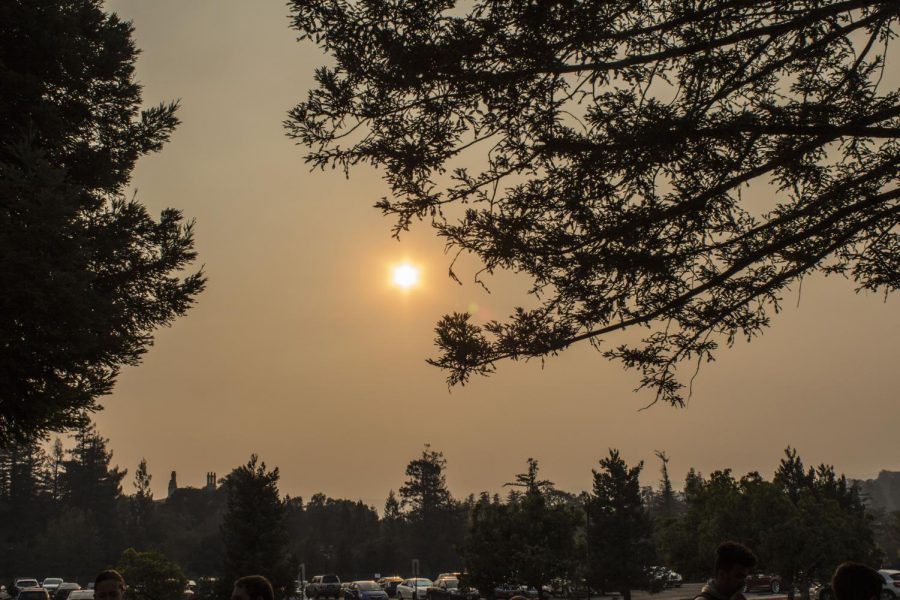 Students looked forward to getting good food and supporting the clubs; even though the activity had to be moved inside. Lena McDonough, a junior and president of the Pink Ribbon Club explained how the success of her booth was affected by her decision to sell pink lemonade last year and rice crispy treats this year.

“The smoke didn’t affect our booth,” Mcdonough explained. “We still had a great turnout. I think that the key is just to have a popular item to sell. Last year our item wasn’t as successful, but this year we put more thought into what students would be interested in while sticking to the health guidelines.”

Fundraising Friday has been an annual Woodside tradition; luckily, this year’s altered procedures have not interrupted its benefit to campus clubs.

Moving the booths inside was the best path the school could have taken because so many people were concerned about the air quality. If it had been kept outside fewer people would probably have shown up because of the discomfort and health risks.”

“Over the years, Fundraising Friday has positively changed because students have created more clubs,” Peck expressed. “This gives a bigger variety of food options for students to choose from and more chances for a variety of clubs to make money.”

Despite this positive change, clubs will continue to hold other, separate fundraisers throughout the year.

“Fundraising Friday is really effective for all clubs,” McDonough elaborated. “But, if you really want to get a lot of money, it’s nice to make your own fundraiser. Outside the office, for example. You get to choose any of the health-approved foods without having to fight between the more popular food items with other clubs.”

Although Fundraising Friday is a popular day for Woodside students and clubs alike, Friday’s air quality index of 178, classified as “unhealthy,” put a damper on the day’s festivities.

“It was a bummer the air quality was so bad,” Rebecca Rodriguez, a junior who sold tickets at the entrance of the gym, communicated. “But, moving the booths inside was the best path the school could have taken because so many people were concerned about the air quality. If it had been kept outside fewer people would probably have shown up because of the discomfort and health risks.”