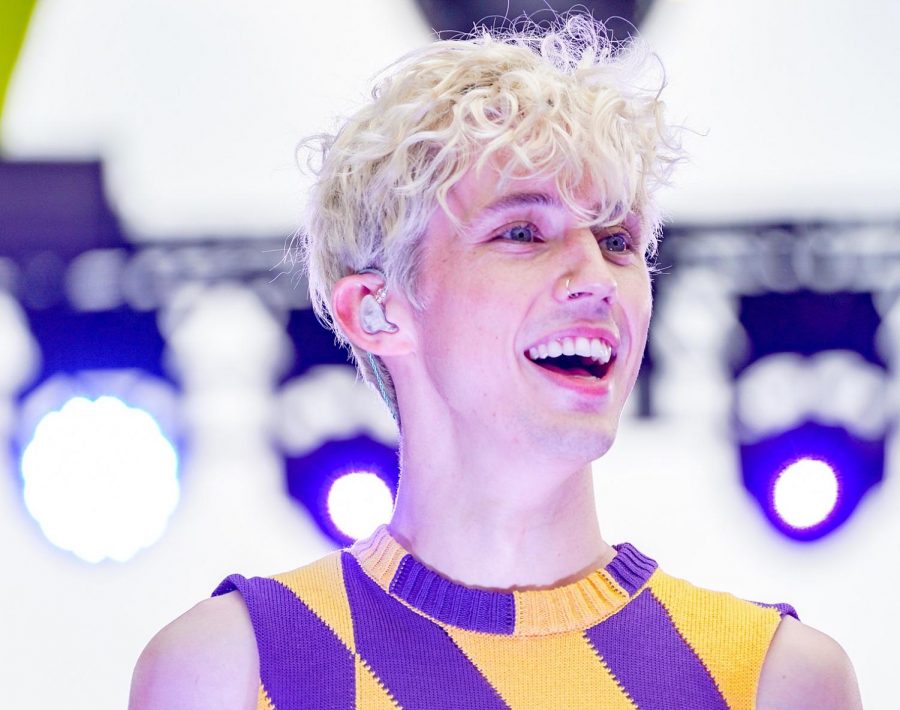 The Benefits of Bloom

In eighth grade, while listening to Troye Sivan’s music for the first time, I wondered why it sounded so different from everything I was used to. Then I realized: I had never heard any music about queer people.

Growing up, I rarely saw any form of LGBTQ+ representation, and I had never learned about queer historical figures in school. I barely even knew that LGBTQ+ people existed. Even when I did learn about them, it felt like they were contained in some other world due to this lack of visibility, which made coming to terms with my own identity especially difficult. That’s part of the reason why I found Sivan so amazing: I could finally see someone to prove to me that being queer was okay.

After Sivan released his first album Blue Neighbourhood back in 2015, I wondered what the next one would be like; I was ready for more music but at the same time nervous that it wouldn’t live up to my expectations. However, I had nothing to worry about. Bloom, Sivan’s latest album, was released on August 31 and exceeded every expectation I had.

“When Bloom as a single came out I was skeptical, but then I remembered it was Troye Sivan, so it was going to be great, and it was!” exclaimed Li-An Lim, a junior.

Bloom debuted in the top five on the Billboard Top 200 Chart and positively impacted many people. Music is a huge part of life, and the soundtrack for our day-to-day activities can greatly impact us.

“We listen to music nonstop nowadays,” said Colby Peck, a junior. “In the morning, while we’re in the shower, in class, in the car, walking, on the radio, when we do homework, while doing any basic household task, etcetera.”

Inclusion is especially crucial in an area as prominent as music. However, there are barely any openly LGBTQ+ musicians. Most people can only think up a couple of them off the top of their head, reflecting the lack of diversity and representation in that field.

“When Bloom as a single came out I was skeptical, but then I remembered it was Troye Sivan, so it was going to be great, and it was!”

“Representation in the media is so important,” declared Woodside junior Isabel de Oliveira. “I feel like the music industry is an element of it that is often not thought about, but the truth is that it’s one of the most influential things.”

Unfortunately, the media is far from becoming an accurate reflection of the world we live in. In 2017, Gay & Lesbian Alliance Against Defamation (GLAAD), a media monitoring organization, found that only 6.4% of TV show characters identify as LGBTQ+, and 43% of the 23 films GLAAD marked as inclusive included under a minute of screen time for their LGBTQ+ characters. We like to think we’re making progress, but these numbers only increased by 1% from 2016’s statistics.

“If our generation is exposed to media that reflects LGBTQ+ relationships in a positive light, then children will learn from an early age that it is okay and socially acceptable to be something other than heterosexual,” claimed Peck.

We still have a long way to go, and it hurts me to know that many young people will face the painful struggle of trying to realize their identity in a world with few role models. For me, this was a long and difficult path, and I hope that it will become easier for others moving forward. Either way, Bloom is still a giant step; its shocking publicity allows a large chunk of the world to both hear and learn from the album.

“With music about queer relationships becoming prevalent, there are millions of chances that at least one queer individual will be able to hear a song about someone like them, and I think that’s incredible,” Peck asserted.