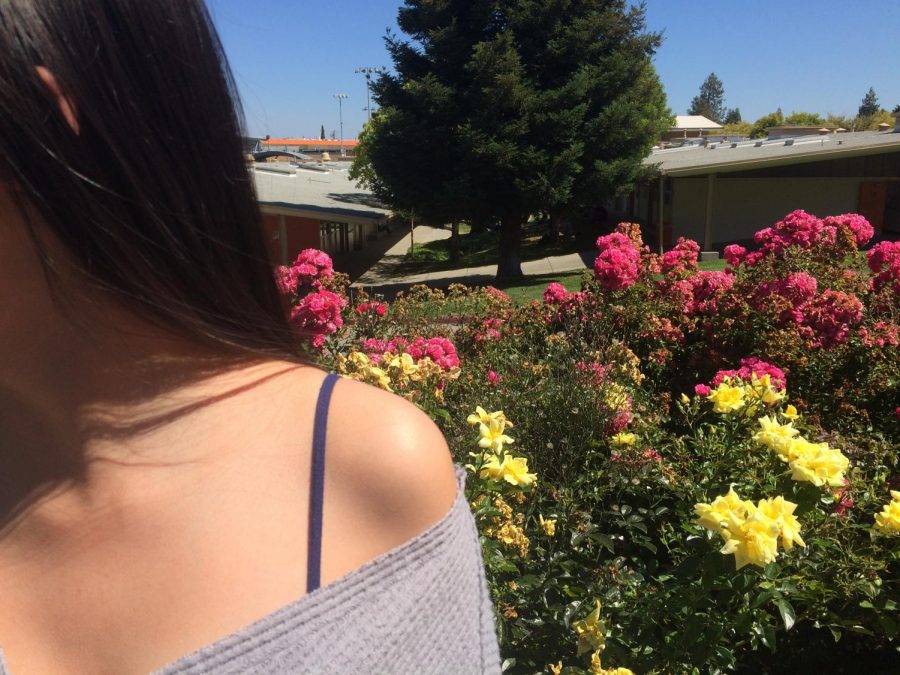 The Controversy of the Dress Code at Woodside High School

In hopes of promoting positive self-image and preventing body shaming, the Alameda County Board of Education approved the dress code changes last July.

A group of students and staff from Lincoln Middle School began the revisions in 2016; in 2017, they presented their work to the Board of Education with the argument that the dress code “was enforced inconsistently… [with] a disproportionate impact on girls… The policy was focused on girls’ clothing than boys… girls were being sent out of the classroom for infractions more often than boys, which meant that they were losing more class time than their male peers.”

“I definitely approve of [AUSD’s] new dress code,” Woodside junior Caden Hansen emphasized. “I think that, rather than focusing on what’s deemed appropriate based on societal norms and expectations, their dress code focuses on protecting their students’ wellbeing. It focuses on reducing the possibility of offense and targeting, which can be harmful to students who aren’t breaking the dress code.”

Besides pointing out the inequality of class time between male and female students, AUSD also focused on the potential anxiety or embarrassment a student might feel when being penalized for their outfit.

“Measuring the widths of straps and lengths of shorts in class or pointing out that a student was showing too much skin was resulting in embarrassment and shame for students,” a statement from AUSD explained. “Such feelings can make it hard for students to concentrate on learning and can create long-term issues with body image.”

Punishment for wearing certain types of clothing can have a major emotional impact on students. Julie Trundle, a junior at Sequoia High School, recalled a stressful experience with being dress coded for wearing running shorts.

“All of a sudden, a voice over my shoulder says: ‘are you going to wear those all day?’” Trundle narrated. “I freaked out. [The staff member] told me that I’d need to go to the vice principal’s office and call my parents to bring me a change of clothes… He told me that it didn’t count as a dress code violation because school hadn’t technically started yet, but it was still extremely scary and I was shaking the whole time because I had never experienced something that before. I’ll never wear shorts to school again because I’m too afraid of getting punished for it.”

In contrast to schools in the Bay Area, enforcements and violations of the dress code outside of California are much more serious.

“I was told that I couldn’t wear a [certain] shirt because my chest was too distracting,” a high school senior from Lusby, Maryland recalled. “I was wearing a black V-neck that didn’t even show any cleavage. I told them I wouldn’t change [my clothes] because I can’t help how big my chest is… Other girls can wear crop tops with no bras and don’t get told a single thing. I got suspended for three days.”

Dress codes have always been a debatable subject, sourcing many controversial headlines. On August 23 in Hopkinsville, Kentucky, officials arrested fifteen-year-old high school student Isabella Messer, who violated the dress code by wearing a t-shirt that read, “Do my shoulders turn you on? If so, return to the 1920’s.”

I’ll never wear shorts to school again because I’m too afraid of getting punished for it.”

Hansen described the anxiety students face when deciding what to wear to school each day and detailed how restricting certain clothing can encourage bullying.

According to the National Center of Education Statistics, 53% of schools in the US enforce a strict dress code in hopes of encouraging appropriate attire, relieving peer pressure, and avoiding hate speech, violence, or the formation of gangs.

“I believe that the main purpose of the dress code is to try and encourage and maintain a comfortable and safe learning environment… in the classroom,” Woodside teacher Kelly Dolan stated. “Frankly, I would like it if students held more closely to the dress code. There have been a few occasions where I felt like I had to come down on a student particularly hard because they were wearing offensive garments.”

“I think that people should be able to express themselves through what they wear,” Jacobson said simply, “as long as it isn’t offensive to anyone else, like no foul language or slogans.”

“I don’t really think the dress code is enforced,” Uri Dickman admitted. “Girls have more restrictions than the guys… but no one really gets dress coded, so it doesn’t even matter… [However,] clothes are freedom of speech, [and] you should be able to express as you feel.”

Corresponding with Dickman’s sentiments, Dolan agreed that the dress code is not properly enforced.

“I think that the policy itself is probably fair, but I’m not sure that it’s fairly enforced,” Dolan detailed. “Quite frankly, from my perspective [of] inside the classroom, I don’t see the dress code being enforced very strictly at all… the only time I really bothered to enforce the dress code was when I saw a student wearing something to be offensive enough [that] I thought it could cause distress to my other students— not just distraction, but distress.”

Dolan recalled how Woodside’s March 2018 rally about gun violence revealed the variety of opinions in the Woodside community. The rally, organized primarily by Woodside students but permitted by staff, was held in response to the Parkland school shooting where an armed student killed seventeen classmates.

“What qualifies as hate speech or qualifies as disturbing?” Dolan prompted. “It depends on who you ask. I actually just saw [a Woodside teacher] walking down the stairs just now, and he was wearing a Black Lives Matter t-shirt… I imagine most students on campus would be comfortable with [his shirt], but as we heard last year at the rally… most of the students who spoke at the mic spoke out against gun violence, but there were quite a few students who spoke out in favor of gun rights. That demonstrates what a diversity of opinion there is out there on the campus, so there are probably some students who are going to see [that teacher’s] t-shirt and… might end up feeling uncomfortable in his class or on campus, knowing that an opinion can be so openly expressed. Does that count as disruptive? Does that count as something that should be banned? Who’s deciding?”

In response to Woodside’s current dress code, Dolan would personally prefer the implementation of school uniforms.

“I actually think it would actually make things easier for not just the teachers, but for the students,” Dolan said. “One of the ideas behind school uniforms [is that they] remove sign[s] of inequity between one student and the other. It also does away with the question of disruptive or offensive garments… being worn on campus.”

Although it is unlikely that Woodside High School’s dress codes will face any changes soon, AUSD is hopeful that their policy revisions will promote a safe and comfortable learning environment for students and staff.

“We believe these changes will reduce inequitable and unnecessary discipline and help us maximize learning time,” Steven Fong, AUSD’s Chief Academic Officer, stated. “Districts across the country are adopting similar revisions for similar reasons. We are excited to be moving forward with such a student-centered approach.”