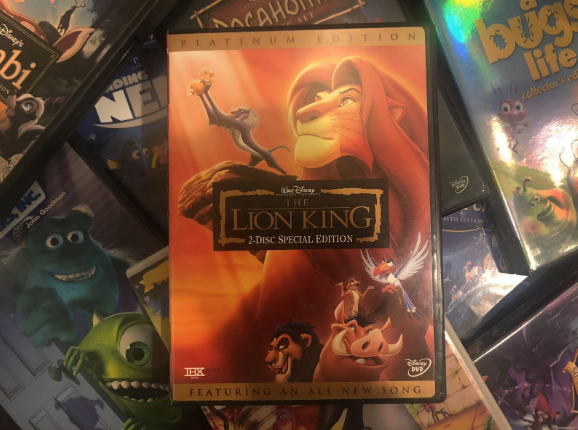 The Lion King is the next in a growing list of Disney remakes of beloved films. 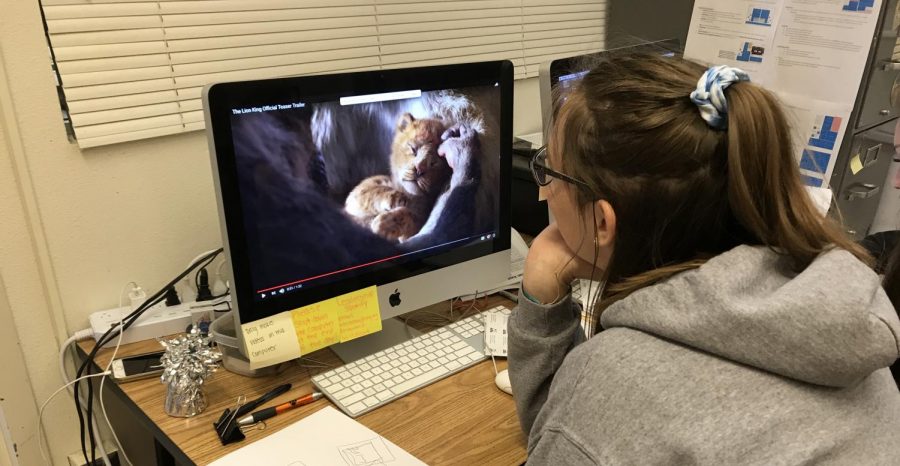 Over 224 million viewers watched the trailer on the first day alone.

Since the release of the new The Lion King trailer, fans have questioned Disney’s obsession with producing live-action films instead of the cartoons that first put them on the map.

With successful remakes like Beauty and the Beast and Cinderella already under their belt, Disney has planned a star-studded lineup of upcoming live-action movies, a film on real people or animals as opposed to animation. Over twenty of these movies are scheduled to be released in a short period of time, including The Lion King, which will debut in mid-2019. The movie’s record-shattering trailer follows the same format as the original, featuring memorable scenes set in the Pride Lands, and racked up 224 million views in just one day.

Technology now can drive the story in a more realistic fashion.”

“At first I was little skeptical, but it was actually really interesting,” Emma McDowell, a Disney fan and Woodside senior, explained. “The graphic design that has been used to create the [computer graphics interface] is really amazing, and it’s cool to see how far the film has come.”

Many agree that the film appears to combine the beloved original with the technological advancements of today.

“Thank goodness [that] James Earl Jones is still alive to carry on the voice of Mufasa,” Thomas Gonzales, the assistant editor at Pixar Animation Studios, noted. “It would be tough to try and cover that voice with another actor.”

Gonzales is known for working on box office smashes such as Incredibles 2, Coco, Finding Dory, and Up, just to name a few. As for why Disney is releasing so many live action remakes, there are a number of theories.

“I heard Walt Disney requested that every ten years a movie should be remade so the new generation can enjoy [the classics] just as the old generation did,” McDowell commented.

Other fans noted that the use of new software can completely change the experience of the movie.

This new format has challenged and transformed many different animation studios in order for them to compete in the new market.

“The style has an educational impact on Pixar,” Gonzales added. “The studio is always trying to push the envelope to incorporate art and technology in a seamless fashion. Pixar strives to learn as much as possible by watching other films to see what the movie industry is doing.”

The fanbase is eagerly awaiting July 21 for the film to hit theatres and, on the whole, has been beyond supportive of the change.

“I can’t wait to go see The Lion King; it looks like it is going to be a real hit!” Woodside senior Colleen Sochan exclaimed.

The trailer for the remake of The Lion King hit a record breaking number of views for any Disney film, exciting Woodside students and forecasting success for the highly anticipated movie.

On November 22, Walt Disney Studios released a trailer advertising the new ‘live action’ remake of the 1994 film, The Lion King, set to release on July 19, 2019. Uploaded to YouTube, the minute and a half video displays photoreal animation and excerpts of the original soundtrack. Moreso, it gained more than 224.6 million views in just the first twenty-four hours.

The Lion King was one of the best selling Disney renaissance movies in the nineties, so everyone’s excited to see this movie, especially millennials because it was so popular when they were little.”

“With all of the new technology, I’m really looking forward to seeing the evolution of the film,” Sierra Doran, a Woodside High School sophomore and cinema club member, stated.

The trailer opened on a shot of an African safari, playing the beloved song The Circle of Life. The trailer’s success may have been in part due to this, as many viewers seemed to appreciate the traditional shot after being fearful that the remake film would stray too far from the original.

“I think that it’s really exciting for there to be a new live action movie coming out,” Camille Lagunera, a Woodside sophomore, emphasized. “It’d definitely interesting to see how Disney has evolved with the technology and the CGI and interesting to think of the next generation of Disney kids, and how they will respond to this.”

As can be gathered from the overwhelming number of views of the trailer, many Disney fanatics as well as movie aficionados have shown extreme excitement over the film.

“I think it’s because The Lion King was one of the best selling Disney renaissance movies in the nineties, so everyone’s excited to see this movie, especially millennials because it was so popular when they were little,” Sam Borthwick, Woodside senior and extreme Disney devotee, commented.

On the other hand, some have been extremely loyal to the original film, and skeptical of the possibility for success the remake holds.

“I think people are so split [over the film] because they want it to remind them of their childhood,” Borthwick analyzed. “But this is supposed to be different, so some people want the movie to be exactly like the original, because they want the nostalgia factor, and some people want it to be new and different so that they don’t copy the same old story.”

However, the sheer number of views of the trailer seems to have The Lion King off to an auspicious start: in past years, Disney remakes have proved to be far less popular than their  original counterparts. The 1996 live-action rendition of 101 Dalmatians grossed a mere 320.7 million, in comparison to the 864.2 million grossed by the 1961 original film. Similarly, the original Cinderella grossed (in modern-day value) an impressive 976.9 million, whereas the 2015 remake only grossed 543.5.

“Remakes are always difficult because there’s always going to be people comparing it to the original,” Doran continued. “But if it’s live action, with that I think helps it so people aren’t comparing it as much.”

In comparison, the current predicted gross from Go Banking Rates of The Lion King remake is a shocking 1.9 billion, whereas the original only grossed 967 million. This may be in part due to nostalgic memories, as well as a star-studded cast. Donald Glover, Beyonce, and John Oliver have been confirmed for the roles of Simba, Nala, and Zazu respectively, while James Earl Jones will return for his second performance of Mufasa.

“I definitely hope that Disney continues to follow their philosophy of making characters that you can relate to, and admire for their hardships, rather than what they succeed,” Lagunera concluded.