Bay Area citizens have been protesting outside the Redwood City Planned Parenthood. 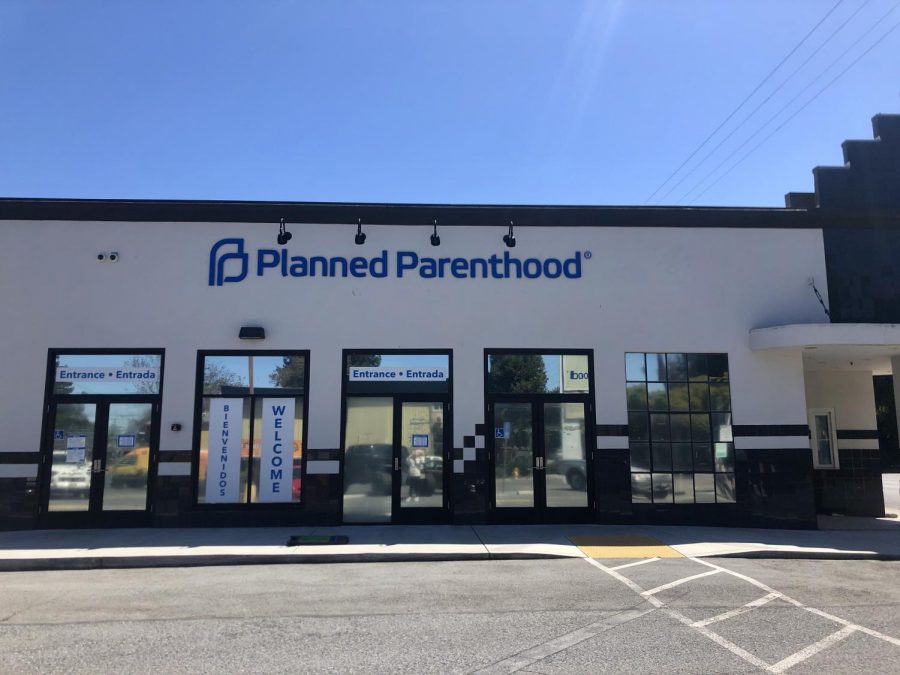 The Redwood City Planned Parenthood in which the protesters shared their views.

A group of Pro-Life activists has been protesting outside the Redwood City Planned Parenthood since March 6 as part of “40 Days for Life,” creating backlash throughout the community.

Throughout the past decade, Planned Parenthood has been a very controversial organization, however, this is the first time Pro-Life activists have protested outside the local (Redwood City) Planned Parenthood. The Pro-Life activists are a group from the “40 Days For Life” program, whose mission is to save babies from abortion through prayer, fasting, constant vigil, and community outreach.

The program started their protest on March 6 and will be protesting for forty days straight. Given that the Bay Area is very democratic compared to other locations, this specific event has been extremely controversial. In response, Pro-
Choice activists went to protest in support of Planned Parenthood one block away from the anti-Planned Parenthood protesters.

“On Saturday I went to visit my mom, [a Pro-Choice Protester], protesting outside Planned Parenthood,” Adam Mead, a Woodside High School senior in support of Planned Parenthood, explained. “I witnessed a three-year-old on the Pro-Life side, who probably couldn’t even read, holding a sign stating, ‘Planned Parenthood Sells Baby Parts,’ which is false.”

Mead was proud that his side was only spreading true information because he thinks it made their perspective more valid.

On the other side, Mary Nunnery, a Pro-Life activist, thinks differently about her side’s protesting, “I’m out here today in the hope that I may, by the power and prayer, save one baby’s life.”

Nunnery and fellow “40 Days for Life” protesters find their actions to be necessary and effective.

“Just yesterday, I saw two pro-life protesters outside Planned Parenthood,” Vianne Nickel, a Woodside High School junior stated. “I was glad there were only two, but I got annoyed because I felt bad for people who have to walk through them when entering Planned Parenthood.”

Some Pro-Choice protesters felt that the other side instigated aggressive conversation.

“This older man on a bike rode up to me,” Mead explained. “I thought we would have an intellectual conversation but he just asked me if I had seen the movie Unplanned. The man proceeded to get extremely defensive and started yelling. I was just trying to have a conversation with someone and learn their beliefs, because this is America. He is allowed to have different beliefs than mine.”

Others don’t feel as comfortable as Mead and Nunnery to share their beliefs and chose to remain anonymous.

“I feel like it’s unfair to the baby to just end its life, and I wouldn’t lie to anyone if they asked me my viewpoint. However, I wouldn’t feel comfortable protesting in the Bay Area,” an anonymous Pro-Life supporter explained.

Due to the high liberal population in the Bay Area, many conservatives feel this way.

Both sides receive a lot of controversies no matter where they are, but the protests in the Bay Area are extra controversial, given the high population of liberals and the minority population of conservatives, who feel less heard.