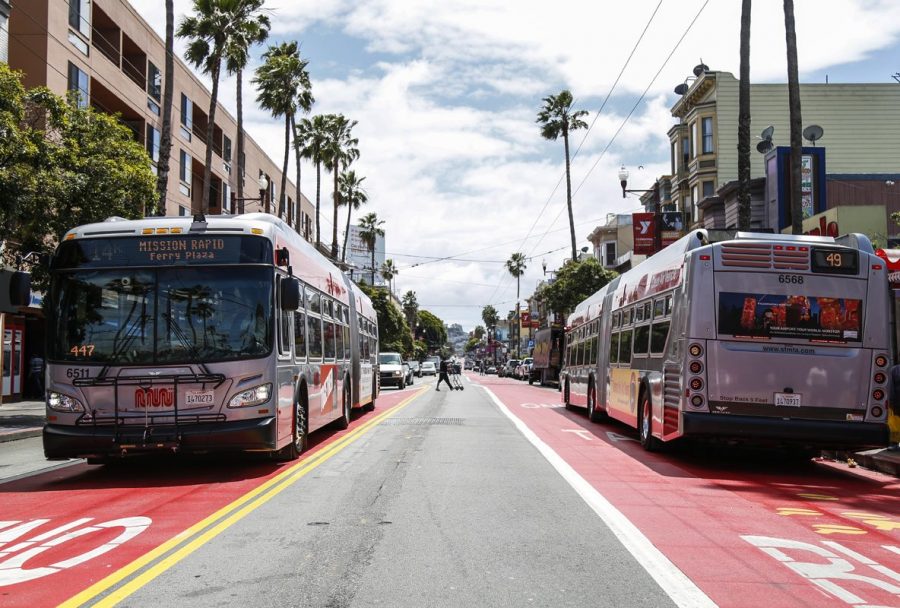 Efficient public transportation in the Bay Area becomes more necessary as the amount of commuters increases.

The San Francisco Bay Area is a bustling area whose population is rapidly increasing due to the amount of job opportunities. Also, according to the INRIX Global Congestion Ranking, the “City by the Bay” ranks fifth in the world’s worst traffic congestion. Not only can this become frustrating for daily commuters, but it also places a toll on the environment.

“I think people prefer to drive to work despite the insane traffic because the Bay Area public transportation system just isn’t efficient enough or because they don’t realize the harm they’re doing to themselves and the environment,” Jeffrey Grant, a Bay Area resident, explained.

The Bay Area and peninsula are equipped with several forms of public transport, some of which span across, or even under, San Francisco Bay. Bay Area Rapid Transit (BART) allows people to travel from parts of the East Bay to San Francisco through an underwater railway system.

On a 30 minute Muni ride last month, I saw 14 people get on without paying. Too little money is going into the system, and we don’t have the security to look into and hand out adequate punishments.”

Despite the vast amount of commuters taking advantage of the local public transit, traffic congestion remains an increasing problem for Bay Area residents. The same study by INRIX found that drivers wasted an average of 39 hours in 2017 sitting in traffic. However, many commuters are willing to sit through it because they feel that local public transportation is inefficient.

“Public transit providers do not coordinate schedules with each other,” explained Ashley Devine, a daily commuter from San Francisco. “Caltrain and BART do not bother to time their stops so they can pick up the maximum amount of people, and I think there are a lot of lost connections there. When lost connections happen, people resort to other means of transportation and public transit becomes unreliable and therefore unusable.”

Some commuters argue that one reason why the system is failing is because some people are neglecting to pay for their rides. This in turn makes it harder for companies to pay for better quality transportation systems.

“On a 30 minute Muni ride last month, I saw 14 people get on without paying,” Devine added. “Too little money is going into the system, and we don’t have the security to look into and hand out adequate punishments.”