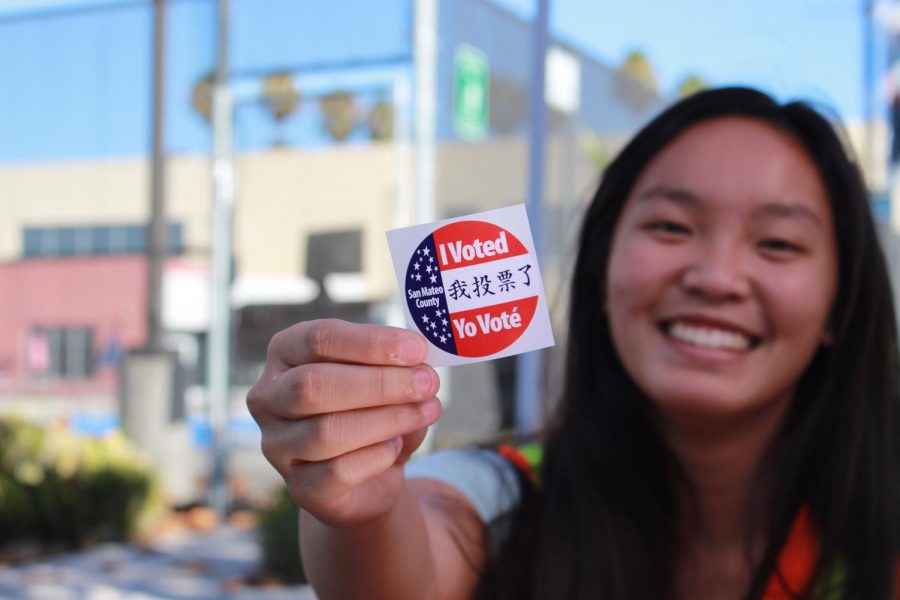 Madison Pelarca, a volunteer at the polls and a student at Carlmont High School, displays an "I Voted" sticker.

“If I vote this time, is [President Trump] really going to go away?” Renita Bhartu joked as she headed towards the polls. She is one of hundreds of East Palo Alto residents who showed up at the city’s Young Men’s Christian Association (YMCA) last Tuesday, November 6, to cast a ballot in the midterm elections.

Alongside the rest of California, the polls at the East Palo Alto YMCA opened at 7:00 a.m. and closed at 8:00 p.m. A number of high school student volunteers manned the ballot boxes; following confidentiality procedures, they were kept unaware of the individual votes.

East Palo Alto also has a low average income in comparison to surrounding cities; according to the United States Census Bureau, the city’s median annual income is $55,170, a figure slightly below the national average. Carlos Romero, an electioneer distributing handbills in support of a measure to construct affordable housing, believes this economic status also plays a role in the city’s political views.