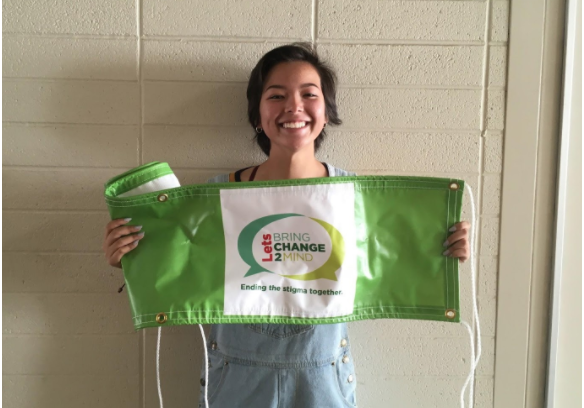 Holly Spalletta, a freshman at Sequoia High School, took her own life last month. Despite the growing rate of suicides in the United States, conversations about mental health are rare. Bring Change 2 Mind is a nonprofit organization that sponsors high school clubs throughout California in hopes of erasing stigma and educate students on mental illness, an issue that many students recognize as important.

Omar Bravo, a Woodside sophomore, agrees with Nickel, and thinks that mental health is much less visible than it should be.

“I think Woodside should talk more about mental health because I don’t really see that much of it. I don’t really hear much about it, and I think it is an important topic,” he adds.

Some students argue that the negative effect of the lack of discussion about mental health can cause them to delay getting help because of the stigma surrounding the issue.

“I think that stigma doesn’t allow students to reach out when they need help because it feels so shameful to them, or they feel like they will be perceived as weak, especially by teachers, staff, or even their own peers,” Oriana Smith-Anderson, the secretary of the Bring Change 2 Mind club, says.

“For me personally, I’ve had a lot of experience navigating mental health care and my own interactions with illnesses. For the past six years of my life, or so, I’ve been struggling with suicidal ideation, but because of the stigma I wasn’t comfortable coming forward,” Hansen says. “[The stigma] was really harmful in the end for me, and if I had been able to come forward sooner, I feel like my journey for recovery would have gone a lot faster and been a lot simpler.”

Some Silicon Valley schools already offer resources to students for their mental health such as Gunn High School in Palo Alto. Following the suicides of several Gunn students over the past few years, the school is working to address the damaging stigma around mental health.

“Once a week we have a class called Social Emotional Learning where they give us tips for time management, stress control, studying, et cetera,” a student at Gunn, who asked to remain anonymous, reveals.

Although Woodside already provides some mental health services including therapy and counselors, the Bring Change 2 Mind club plans to teach Woodside students about some of the same principles addressed in Gunn High School’s Social Emotional Learning class through positive messages and help for students who need to talk about mental health. The leaders of the Bring Change 2 Mind club are working on a possible freshman transition lesson that may go into effect next year as well as a survey to collect demographics.

“[By] starting Bring Change 2 Mind, I hope I’m able to help raise this awareness for other people and create an environment where people are comfortable with their experiences and coming forward in general so that there are less harmful impacts in the future,” Hansen concludes.