What colleges look for in extracurriculars 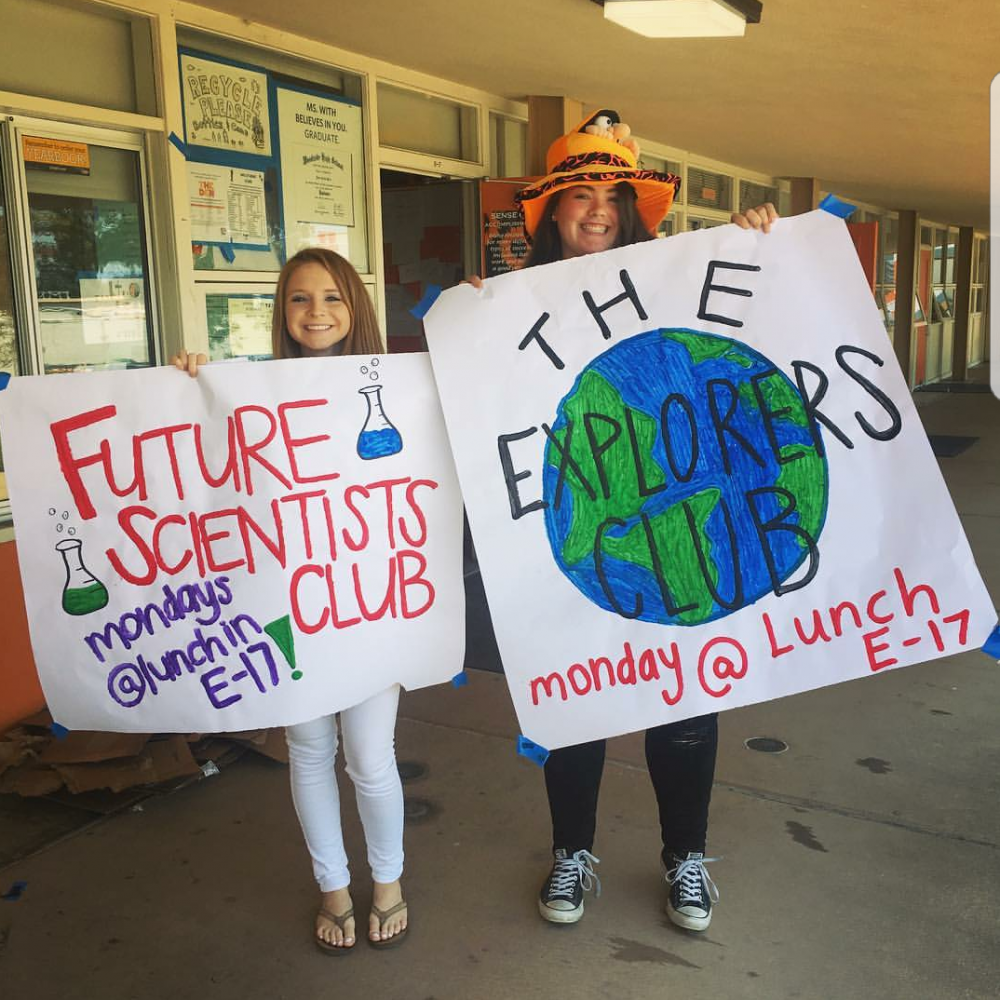 As college admissions become more competitive, students all over the country try to make themselves the most unique candidate possible. At Woodside, this means joining clubs.

Extracurricular activities are becoming increasingly important as universities look for a diverse range of applicants. This might make students think that they need to be involved in a wide range of activities, and an easy way to do this is to join clubs at Woodside. The school offers over thirty clubs for students and an easy path to start a new one that fits a student’s interests.

Although colleges want diverse students, Lisa Vasquez, college and career advisor at Woodside, says that the depth of one’s involvement is more important than the number of clubs one is in.

“It’s far more meaningful for college applications if an applicant has participated in only one to three clubs, but has taken on increasing leadership responsibilities,” said Vasquez. She explained that colleges look for students that “have taken the lead on projects or programs that show responsibility, initiative, and do things like organization and collaborating with others.”

It may be impressive to have an important title that shows your role in a club, but this isn’t necessary for a good application. The many clubs at Woodside mean there are dozens of presidents, vice-presidents, treasurers and secretaries in the student body ‒ but they don’t all have the same role or responsibilities.

“You don’t have to be the president or founder or anything…they look at the descriptions,” says Vasquez. “They feel that you can contribute in other ways than simply having the title.”

This is great news for students who contribute to the school, but may not have a title attached to them.

Although many clubs, like the Future Scientist club or the Urban Debate club aim to prepare students for abundant job opportunities, others try to foster a sense of community through a shared passion that might not lead to a prosperous career. One of these is the Best Buddies club at Woodside, which aims to integrate students with IDDs (Intellectual or Developmental Disabilities) into Woodside High School by making sure general education students spend time with special education students during lunch and through activities. Danny Avina, the chapter president, says he doesn’t plan on pursuing this as a career.

“I’m always [going to] be involved helping these people, but I don’t see a career path doing it,” said Avina. “But I am really invested in it.

Although Avina is planning on pursuing marketing, he still plans to write about his extensive involvement with Best Buddies in his college essays.

“I’m into advertising and they don’t really go together, but it’s one of my passions to help them,” said Avina. “I just do it because I love it…that’s what I’m writing about.”

However, Avina says that his involvement in the club and working with students with IDDs will influence what he does in the future. “If I find another opportunity to help people ‒ not just people with IDD ‒ I’ll pursue that,” said Avina. “It’s opened me up to more career choices.”

Avina began working with IDD students even before the Best Buddies club was founded; and although the organization he worked with wasn’t directly connected to the school, the experience was  just as valuable as those associated with Woodside.

“What matters with extracurriculars is your depth of involvement,” says Vasquez, and that it doesn’t matter whether your passions lay inside or outside school. “Some students find that it’s more meaningful to them to be involved in their church or temple, and that’s okay.”

With the pressure to be deeply involved in many interests, students may exaggerate their responsibilities in extracurricular activities. It’s rare, but possible for universities to make students prove the claims they make on their applications.

“They can send you an email saying you have 30 days to provide documentation that you were actually involved in something,” said Vasquez. “Last year, we had a student that had to actually prove she worked as a babysitter for her aunt.”

It might be too late for this year’s seniors, but other Woodside classes should remember to pursue their passions in and out of school, and take leadership opportunities when they come.

“I don’t think there’s anything wrong with someone that has a diverse set of interests,” said Vasquez. “They don’t simply want a GPA…they want a community of vibrant individuals that will contribute to lots of different interests, not just intellectually.”