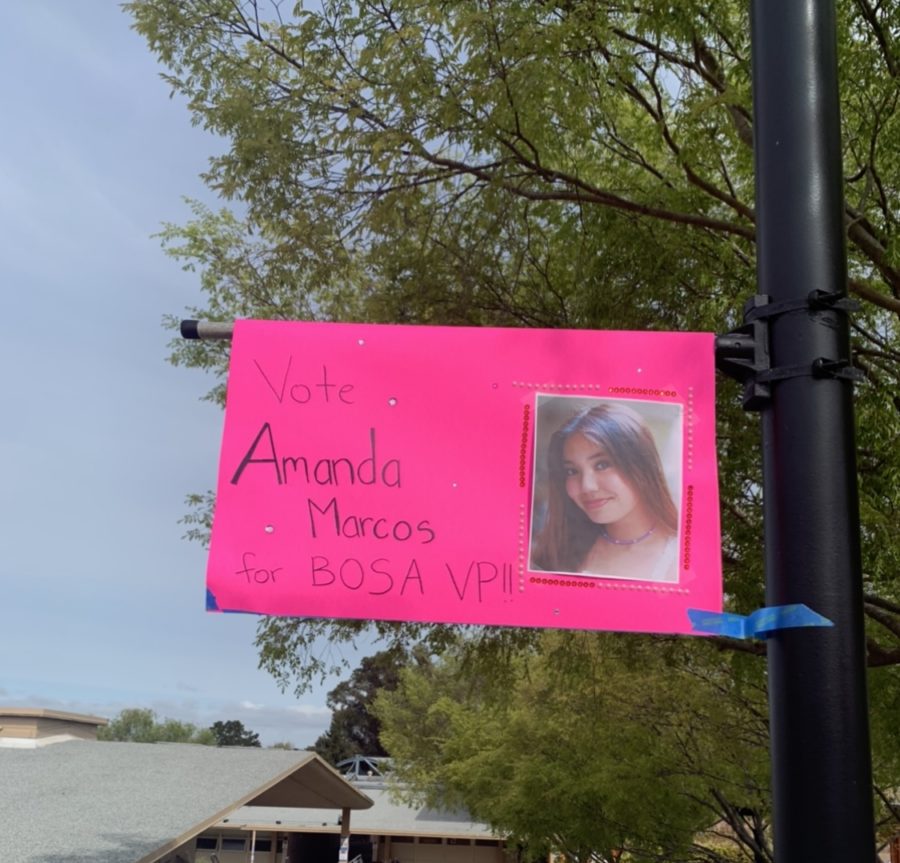 Junior Amanda Marcos is in the midst of an exciting political battle for the BOSA (Board of Student Affairs) vice president position.

One of Marcos’ goals is to create a more inclusive environment at Woodside, one that incorporates diversity and different student voices; especially from the freshmen.

“Connecting with the freshmen is a really important aspect because they’re kind of separated, and I have been really striving to incorporate different communities in my campaign,” Marcos said.

This goal is inspired by her own personal experience with representing a group that Marcos feels is at times underrepresented.

“I am very involved with the Drama department which allows me to incorporate them and give them more recognition because they can sometimes be looked down upon,” Marcos said. “I think something that also sets me apart is that I’m someone of color.”

Similar to Presidential candidate Sierra Pestoni, Marcos is running solo; this puts no damper on her spirit and determination to compete for the vice president position.

“I think it would be cool to run with someone, but having a mixture of people in BOSA could potentially be really interesting because we could incorporate a lot of good ideas,” Marcos said.

As election day approaches, Marcos makes it known that at the end of the day, her aim is to create a not only safe and inclusive environment at Woodside, but also a fun and exciting one.

“I think that I could bring a lot of creativity and fun and excitement to the school,” Marcos concluded.