Save your change! Penny Wars return 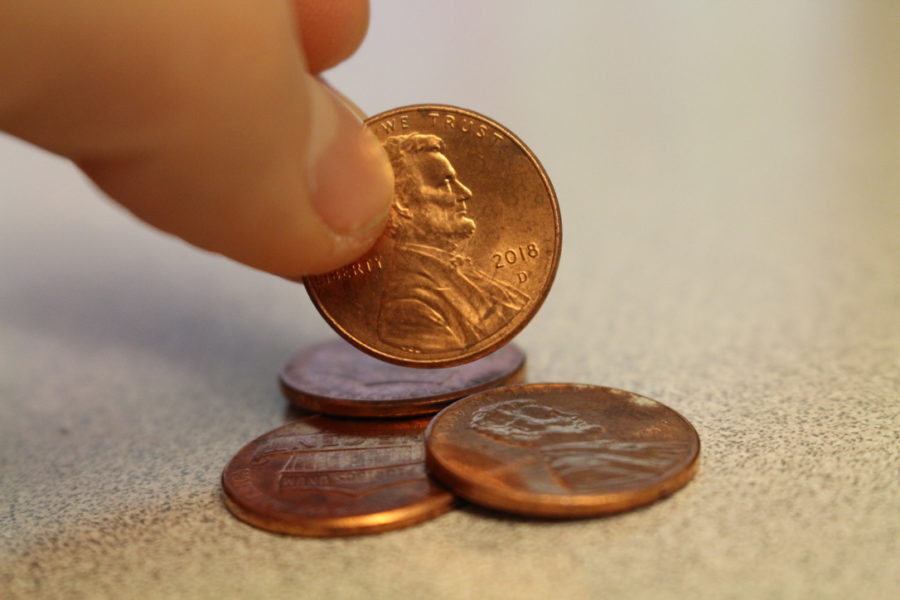 Penny wars begins on March 7, and ends on March 17.

Woodside’s annual fundraiser for the Leukemia and Lymphoma Society is finally being brought back to life this year.

Penny Wars will officially begin on March 7 and is open to any students interested in raising money with some friendly competition. Classes will compete for points earned by donating pennies and other change. Students add pennies to their grade’s jar, to increase their points, but any other coin reduces points. Proceeds from every grade will be contributed to support people battling Leukemia and Lymphoma.

“You put pennies into [your grade’s] jar, but then you can put other coins and dollar bills in other people’s jars to subtract points,” Penny Wars committee member Mia Ryes said. “So pennies equal one point.”

The Penny Wars tradition has not been one that many students have gotten to participate in, as contributing and compiling coins to the competition was not realistic during the years of distance learning.

“[Penny wars happened] the last time we were actually in school, so it was two years ago. [It has been] quite a while, but we’re glad to bring it back,” Reyes said.

Thanks to Leadership’s Penny Wars committee, the competition will be in full swing once again after February break. Get ready to hold on to your change and contribute if you can! After all, every penny counts.

“Bring as many pennies as you can and put it into your grade’s jar,” Reyes said. “Any donation will help because it’s a great cause.”