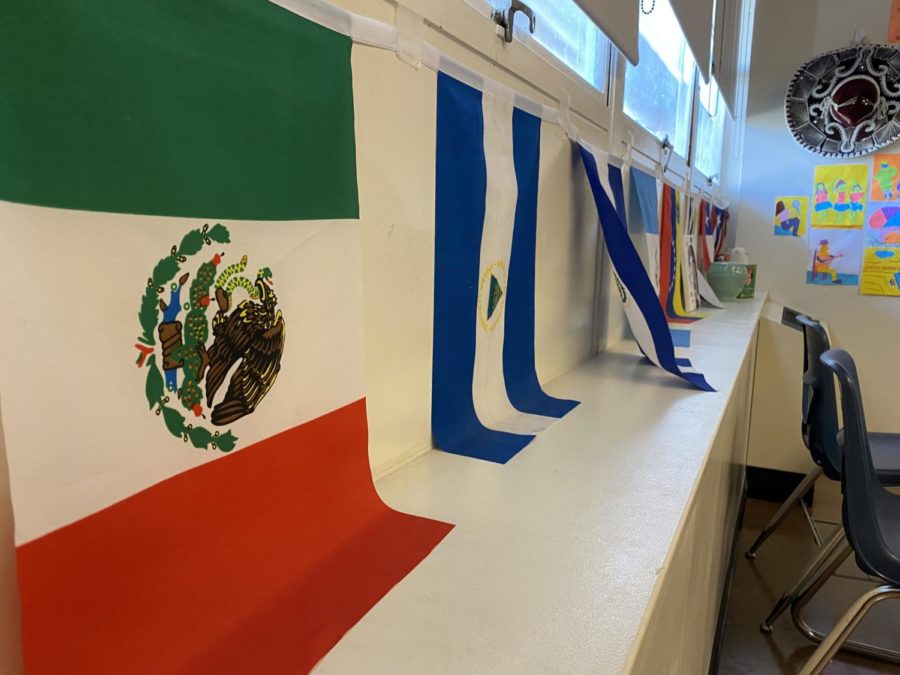 Many of Woodside's English learners come from Spanish speaking countries, with over 663 Spanish speakers at Woodside

From background to race to gender, Woodside High School’s cultural diversity is well-known. The school contains a wealth of language diversity as well.

“I speak Swedish, English, and Chinese,” Woodside sophomore and class president Malin Petersson said. “My mom and I speak Chinese, and I grew up in Sweden.”

“I think I have an advantage when it comes to pronunciation because I’m so used to making conversation in different languages. So it’s really easy for me to pick up any language,” Petersson said.

Learning a new language has more benefits than just speech skills, whether it be pronunciation or fluency.

“You are able to understand or have a different perspective on life,” Ilse Tapia, Woodside Spanish teacher said. “You can communicate with more people so then they can maybe talk to you about new things that you didn’t know about or how something in their country is.”

Languages are often a huge part of cultures and learning them allows you to interact with more people. Understanding or speaking Spanish at Woodside unlocks much more comprehension of your surroundings, considering that over 663 Spanish speakers attend Woodside.

“We welcome international students to Woodside and support them in many aspects, academically and socially,” Nixon said.

When listening to conversations in B-2, an understanding of Spanish is necessary as many of the new international students come from Spanish speaking countries. Every student is there because of a desire to learn English.

“I find it difficult to pronounce and write in English, but I want to learn English to have a better future,” Hernandez said.

Luckily, Woodside offers numerous Spanish courses, whether it be for international students, native speakers, or English speakers who just want to learn. But learning a new language might not happen in one day, says Tapia.

“I think the first [tip] is to be patient. Learning a language is not going to happen from one day to the other. It just takes a lot of practice,” Tapia said.

In order to graduate from Woodside High School, students are required to either take a Career Technical Education (CTE) course or take three years of a world language course. But language is much much more than that at Woodside. With a diverse portfolio of languages being spoken every day, Woodside offers a supportive community to learners.

***Some quotes translated from Spanish