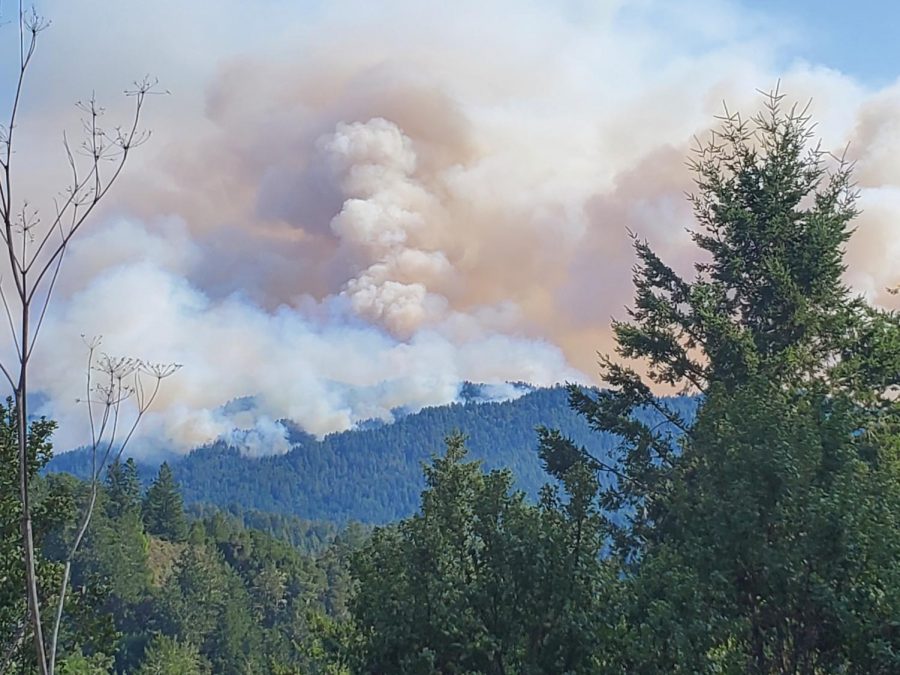 After the massive lightning storm on Sunday, August 16, several medium-size fires have broken out over the last few days throughout San Mateo and Santa Cruz county.

The fires named the CZU August Lightning Complex by California Department of Forestry and Fire Protection (CALFIRE), one person has been injured and 1000 acres have been burned so far. Evacuations have been issued for “Butano Community Area, Pescadero Creek County Park Area, Loma Mar/Dearborn Park Area, Butano State Park area, including Barranca Knolls Community, Butano Creek Drainage” according to CALFIRE.

While the fires have only been active for one day, they are at zero percent containment as they continue to move south towards Loma Mar.

The fires started when lightning touched down in the forest surrounding Santa Cruz and Woodside, igniting trees and brush. So far, CALFIRE has identified five fires that they consider part of the CZU August Lightning Complex fire.

UPDATE: At 11:47 A.M on Wednesday, August 19 the CZU August Lightning Complex fire has caused three injuries and burned 10,000 acres of land. According to CALFIRE. Updates to come