Why You Should Think Twice About Voting Bloomberg 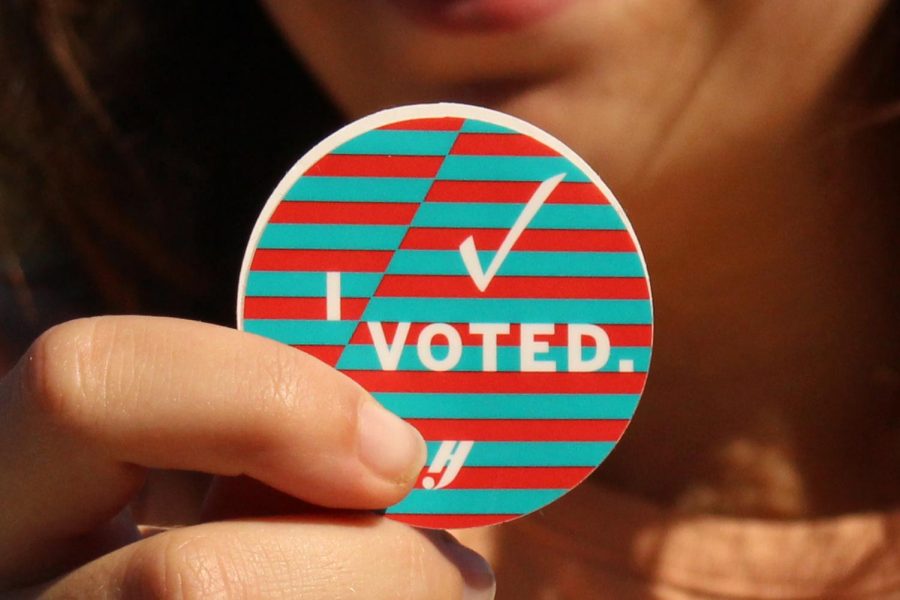 With about three months left until the end of the Democratic primary, candidates are updating their campaigning strategies. Bloomberg's plan is the only one that actively threatens democracy.

This is an opinion piece from one student; it does not represent the collective political views of The Paw Print publication or its staff. If you wish to respond to this opinion, comment on this post and/or email The Paw Print ([email protected]).

Before 2007, Michael Bloomberg was a Republican. From then until 2018, he was an independent with racist policies, including the infamous stop-and-frisk practice. Now, despite skipping many of the early debates and states of the Democratic primary, he’s joining the race for the Democratic nominee. Currently, he’s polling at about 16 percent nationally – slightly higher than Joseph Biden, Elizabeth Warren, and Peter Buttigieg – according to FiveThirtyEight. How did he rise so far in so little time? Simply put, Bloomberg has money. A lot of money.

Bloomberg’s net worth stands at 61.9 billion dollars. He is the richest person in New York City, the eighth-richest person in America, and the ninth-richest person on planet Earth. Since he started his campaign just over three months ago, Bloomberg has spent around 300 million dollars on advertisements – by far the largest amount of money spent on ads out of every 2020 presidential candidate. His wealth grows so fast that this data has changed several times between drafts of this article, and it will probably be out-of-date soon after this piece is published.

Who is the best candidate on…

Based on recent polling (pictured above), it’s highly unlikely that the majority of people supporting Bloomberg are highly passionate about his campaign or can even name his beliefs, present or past. Still, his rise in national polls shows that many voters are willing to ignore policy in favor of name recognition. Bloomberg’s strategy is to buy this name recognition, and so far, it’s working.

To explain why billionaires in politics are so dangerous, we must first see the bigger picture. On the campaign trail, the relationship between money and politics – between donor and recipient – is clear: those who donate to a candidate expect to be repaid in the event that said candidate is elected into office. A candidate funded mostly by their non-billionaire supporters, such as Bernard Sanders or Tulsi Gabbard, would feel obligated to repay their support base through economic or social reforms that benefit the working class. By the same logic, a candidate funded by several billionaires, such as Amy Klobuchar, Buttigieg, or Biden, would feel obligated to help those billionaires’ private companies. Finally, candidates who are billionaires, like Bloomberg or Thomas Steyer, are the most likely to institute reforms that largely benefit themselves and other billionaires (since they’re their own donors). We’ve already seen this happen with America’s current billionaire president, Donald Trump, who has helped “the 400 wealthiest people [pay] a lower tax rate than any other group” according to Forbes.

There’s also an obvious hole in the idea that billionaire presidents will work in the best interest of the nation. A wealthy, self-funded candidate has no reason (other than, perhaps, a rare form of unadulterated generosity) to support the general US population – if they really wanted to, they’d have already used their vast reserves of cash to help people afford things like college and healthcare. J.K. Rowling is perhaps the most famous example of this; she donated so much money to various charities that she eventually lost her billionaire status. Examples like this show that someone with as much money as Bloomberg doesn’t need to become president to help the American people, and the voters of America need to understand this and realize that not everyone running for president has their best interests at heart.