The Future of the U.S. in Afghanistan

The United States scrapped talks with the Taliban, an insurgency fighting for control of Afghanistan, leaving the U.S. without a clear path forward in its war in Afghanistan. 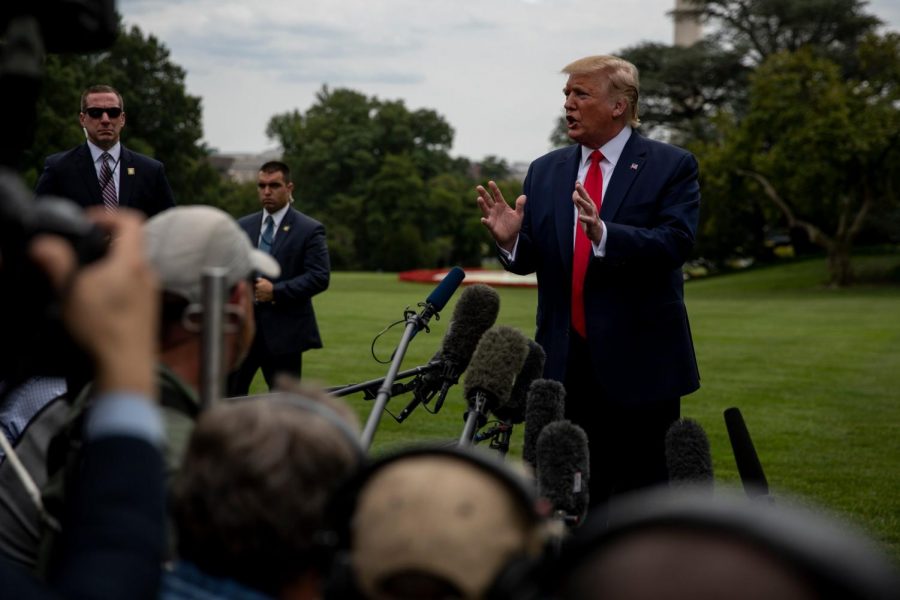 Trump tells reporters that talks with the Taliban 'are dead' after bombing kills an American soldier.

The United States scrapped talks with the Taliban, an insurgency fighting for control of Afghanistan, leaving the U.S. without a clear path forward in its war in Afghanistan.

But, after a bombing by the Taliban that killed an American soldier, Trump said in regards to negotiations: “As far as I’m concerned, they are dead.”

This leaves the U.S caught in an awkward middle ground where they no longer want to be in Afghanistan but no longer have peace negotiations with the Taliban, leading to suggestions that the U.S. leave without a deal with the Taliban.

“Every outside invading power that I can remember having been involved in Afghanistan has eventually just left,” said Kelly Dolan, a Woodside history teacher. “And it didn’t always work out that well for the Afghans or the Afghan people, but Afghanistan is still there.”

After the retreat of the Taliban, the Northern Alliance was able to establish an interim government, and the U.S. began reconstruction efforts in Afghanistan in 2002. The Afghan government was able to create a constitution and hold a democratic presidential election in 2004. The government, while fragile, has been able to hold three elections since the fall of the Islamic Emirate of Afghanistan, and they are currently coming up on a fourth. Some worry that a withdrawal of U.S. troops could endanger the progress that the current Afghan government has made.

“That possible cost would have to be weighed against the cost of staying,” Dolan said, referring to the consequences of the U.S. leaving Afghanistan without making a deal with the Taliban. “Different people will think that cost is more or less acceptable depending on how highly they prioritize America’s interests and other western power’s interests over the interests of the Afghan people.”

Others are hesitant to leave with the Taliban in existence at all.

“I am encouraging the elimination of the Taliban because the Taliban is a terrorist organization,” Woodside senior David Husari said. “To negotiate with these people isn’t a smart idea.”

While the Afghan Taliban do meet the State Department’s guidelines to be designated as a terrorist organization, the U.S. labels them as an armed insurgency, most likely due to an interest in negotiating a peace deal with them in order to pull U.S. troops out of Afghanistan. Although many Americans want to withdraw troops from Afghanistan, some argue that further war may be the reality of the situation.

“I feel that there should always be a pursuit for a negotiation,” Woodside sophomore Saam Dezham said, “but… if war is the only option… then that’s a different story.”