The Democratic candidates arrive at the Houston Democratic Debate on September 12, 2019.

The Democratic debate brought together the top ten Democratic candidates to discuss issues such as climate change, gun control, and student debt. Many Woodside students and staff members watched in anticipation as these possible future presidents explained their views on the issues closest to the school. 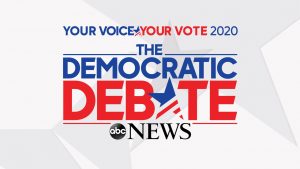 A poster from the Democratic debate. – ABC News

Gun control was one of the most discussed topics at the Democratic debate. One of the most controversial statements came from Democratic candidate Beto O’Rourke, who boldly stated, “Hell yes, we’re going to take your AR-15s, your AK-47s. We’re not going to allow it to be used against fellow Americans anymore.” 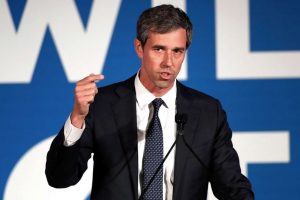 “I agree that it is important that we take all automatic rifles as there is no need to keep that on the streets, and I believe that we should do that through any means,” stated Ethan Nichols, a Democratic Woodside senior. “However, it does seem like an over-ambitious statement to make for Democrats as it may dissuade Republican voters from Democratic candidates. In this election, Democrats need all the votes and unity possible.”

Yet, in an interview with an anonymous Republican senior, the student also agreed with O’Rourke’s statement on gun control.

“Gun control is the most important issue because of how easy it is to get unregistered weapon,” the Republican stated in response to O’Rourke’s quote. “People just want to make a quick dollar and don’t care about the consequences of selling these weapons.”

However, a point of disagreement came up on the topic of student debt. Both the Republican and the Democratic students replied to a quote from Bernie Sanders in which Sanders stated that he planned to “cancel all student debt.” Nichols responded with support, claiming that colleges should never be created with the intention of making money and, therefore, should release all debt. 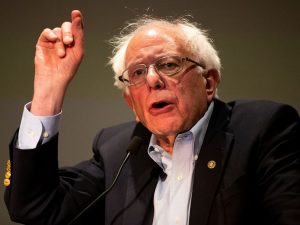 “It’s unfair to get rid of student debt,” disagreed the anonymous Republican student. “Students took the careless actions to take out loans and [did] not work to pay them off [while] students before them were able to pay off their student loans because they work hard.”

Despite these disagreements on some topics, the general consensus of the school was that changes need to be made, especially in reentering the fight against mass shootings and climate change. Overall, the students agreed that, regardless of party, these issues must be confronted, and as long as people still have a voice, government will eventually adjust.

While all these issues may further divide the people of the United States, many Democrats’ main takeaway was, as stated by numerous candidates, the focus on unity in reclaiming the government.

“The differences amongst us Democrats on the stage are not as great as the urgency for us to unite as a party [and] to unite America,” stated Cory Booker, Democratic candidate and current United States senator.