I argued with someone who believes rape isn’t a “real issue.” Here’s what I learned.

Why having an open mind is the key to progress 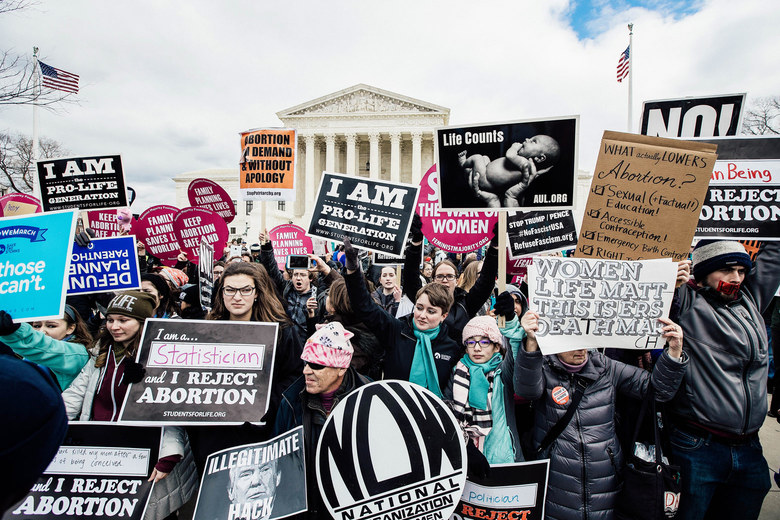 People march in Washington during the March for Life in January 2017.

It was Friday night, the same day Missouri passed a bill to ban abortions after detecting a fetal heartbeat. A day after Alabama’s governor signed into law an anti-abortion bill that could imprison doctors for providing abortions. Ten days after Georgia signed a similar anti-abortion bill into law. I scrolled on Instagram, swiping through stories where people I knew voiced their outrage about the recent bans. I read screenshots of stories on Twitter from rape victims. I viewed news headlines and quotes from government officials that made my stomach turn.

Amidst the hundreds of pro-choice posts and stories I glimpsed that generally aligned with my beliefs, I stumbled across a pro-life post from a conservative account.

Here, I broke a rule of Instagram that I advise all people to follow: Never read the comments under a political post. It’ll just make you upset.

Unfortunately, to avoid starting my homework, I decided to read the comments under the post. My eyes skimmed dozens of comments that claimed abortion was murder and that the rights of fetuses were equally important as women’s rights. Some remarks were well-reasoned and understandable, while others were hard for me to swallow.

But then I saw a comment that discussed more than abortion. I cannot reference the comments, as they have since been deleted by the owner of the public Instagram post, but it read something along these lines: “If you’re pro-choice, you should have been aborted. Women shouldn’t kill babies just because it’s convenient for them and because they were acting like sluts at bars.”

Here, I broke a second rule of Instagram that I advise all people to follow: Never reply to comments that anger you.

For the next hour, I argued with a white male college student from Ohio who believed that the words “sluts” and “whores” were not derogatory and did not objectify women. He told me rape was not a “real issue,” and that people like me were “promoting division” instead of focusing on “real issues” at hand. He explained that it is a woman’s responsibility to ensure that she is not raped. He said that men were more likely to be sexually assaulted than women.

When I asked him where he read that information, he said that he didn’t remember the exact source, because he “didn’t remember every website that he’s ever looked at.” But he advised me to not use Google, as Google was a “fake news” site that was funded by liberals. When I shared statistics from the National Sexual Violence Resource Center and other sites, he said plainly that I was wrong.

I believe strongly that having political discussions with an open mind are key to making change in the world. When I argue, I try my best to ensure that I am open to having my mind changed. My opinion is not set in stone. By holding these conversations, I learn from other perspectives (and hopefully other people learn from my perspective, too).

However, for this one hour on Instagram, I argued with someone who refused to change his mind. I tried my best to make him see my point of view, but whenever I stated a fact to support my claim, he refuted the fact by simply saying it was wrong, fake news, news from a liberal source, or an opinion.

I chose not to argue with him about his position on abortion, instead explaining why I personally found the word “slut” offensive and why it’s essential that we believe sexual assault victims. Most of my arguments involved personal experiences and statistics. He casually dismissed my remarks and constantly changed the subject, never once agreeing with me, never once specifically responding to my claims, and stated that I didn’t know how to accurately research because of my political beliefs.

There are people in the world who will refuse to agree with you no matter what you say. On a daily basis, this is frustrating. But in politics, this is dangerous.

It is vital to understand that there is a difference between a personal belief and a proven fact, and when people begin to accept their beliefs as facts, it endangers society. Solid arguments fall apart. With no reason, all political speeches appeal to only emotion instead of logic.

Admittedly, some of (if not all) the most effective political speeches appeal to emotion. Humans naturally react to emotion. We react to people, not their political agendas. Politicians need votes, and emotion earns votes.

However, I’m not saying that emotion isn’t important in politics; I’m saying that facts shouldn’t be overlooked. Emotions will win votes, but in the end, plans and bills and legislation will make change. When voting or making political decisions, people need to value realistic change over unattainable goals.

Unfortunately, in 2019, politics is no longer about who can make positive change: it’s about persuasion. In 2019, facts no longer matter.

In a January 2017 interview on NBC, President Donald Trump’s counselor Kellyanne Conway trademarked a phrase that caught the country’s attention.

Alternative facts. Meaning statements that are not true. Opinions. Even though the phrase “alternative facts” might seem like a rather evident euphemism for “opinions,” this exemplifies a lack of regard for facts in politics.

Rhetoric cannot succeed when politicians blur the lines between opinions and facts. Like in a sports game, there are basic rules that participants must follow. When the participants break these rules by using false statements, no one can win the game.

That Friday night on Instagram, I learned an important lesson — even though it might sound surprising, I did learn from arguing with him. I learned that some people will never change their minds. They will never listen to others. They will never accept facts. And those people are the most dangerous.