Central Americans bound for the United States were assailed with tear gas at the President's orders. 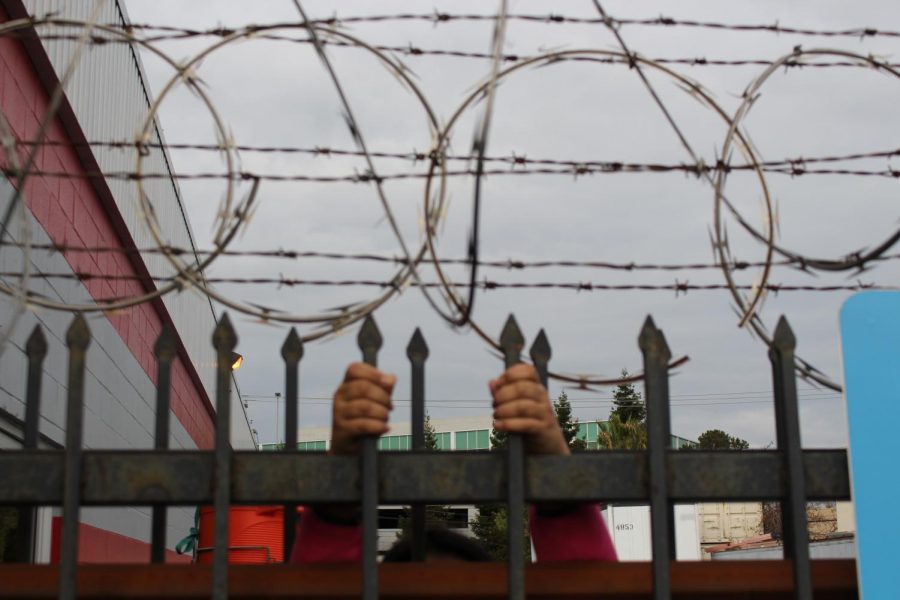 The United States Border Patrol tear-gassed a migrant caravan of several thousand on the United States-Mexico border in an attempt to stop them from crossing the border, on November 26.

On Monday, November 26, more than 5,600 migrants arrived in the city of Tijuana in an attempt to forcefully cross the U.S.-Mexico Border and seek asylum in the United States. The migrants had travelled for weeks on end, fleeing their homes due to persecution and strife, in the hopes of attaining asylum status. However, they were forcefully prevented from doing so by the U.S. Border Patrol, which fired tear gas canisters and non-lethal rubber bullets in an attempt to disperse the crowd.

“I know that a group of immigrants were trying to cross the border and ask for asylum,” Diana House, a history teacher at Woodside High School, stated. She added further that Border Patrol had “thrown tear gas” at them.

“Well, what the government did is idiotic and foolish,” Jacqueline Aparicio Barragan, a junior at Woodside High School, claimed. “The president is foolish to think force is the answer [to the border crisis].”

Migrants with children were also affected by the tear gas. In response, some migrants started to throw rocks at the Customs and Border Protection workers while others ran from the chaotic scene.

Trump reacted to the incident being exposed to tear gas by assuring it was “very safe.” Without any evidence, he claimed that some of the women take other children that are theirs and that they were “grabbers” so that they could have asylum in the United States.

“President Trump made a very bad choice and it could have been resolved another way instead of using tear gas at children,” Jose Gonzales, a high school freshman, explained.

Mexico has asked for an investigation about the use of tear gas at the border, but it is difficult to have border control.

“They shouldn’t be throwing tear gas at people,” House asserted. “I think that what they did was illegal.”

Many of the asylum seekers were fleeing from prosecution, death threats, and violence in their home countries, raising question about whether or not the brutal response by Border Patrol was a violation of human rights. According to article 14 of the Universal Declaration of Human Rights, people have the right to seek freedom in other countries.

“The [migrants’] rights were violated because they were treated like animals and thrown tear gas,” Gonzales declared.

President Trump has vowed to keeping all the migrants on the Mexican side of the border until the migrants cases have been evaluated by the court.

“There is no reason to be using tear gas on those people, they are not even here,” House stated.