A record breaking number of women, people of color, and members of the L.G.B.T.Q community were elected on November 6. 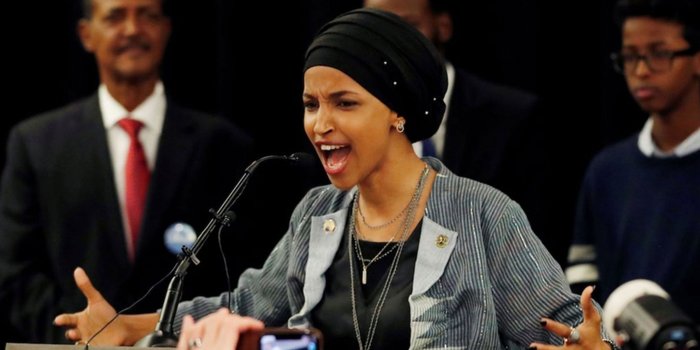 Ilhan Omar, one of the first Muslim women elected to congress, gives a passionate campaign speech

The midterm elections have served as a groundbreaking year for diversity in politics, with 2018 seeing the most diverse group of candidates in United States history: 411 of elected officials were women, people of color, or part of the L.G.B.T.Q community.

According to the New York Times, out of the 964 candidates running for office this year, 272 of them were women, 26 identified themselves as L.G.B.T.Q, and 216 were either black, Hispanic, Native American, or Asian. These numbers stand in stark contrast to past elections, resulting in the lowest number of white males ever running for office in the United States: a mere 58 percent.

“We’ve never seen this amount of diversity, and all these different people with different ethnic backgrounds, political views and purposes going out for the government before in any previous election,” Colby Peck, a Woodside High School junior, reflected.

Not only was the number of minority groups and women running for office record-breaking, a high percentage of candidates won their races, resulting in the most diverse group of congressmen, senators, and governors in American history.

“They [the minority groups] are going to bring a new outlook, a new viewpoint. They’re going to be be speaking for a community that has never had a chance to be heard before in the government.” Peck continued.

Yet the diversity of the group is not the only status quo broken by the 2018 midterm elections: congress has received its first two Muslim women (Ilhan Omar and Rashida Tlaib), as well as it’s first two Native American women (Deb Haaland and Sharice Davids). New Mexico also elected its first Latina governor, (Michelle Lujan Grisham), another landmark first.

Michelle Buckowski, a Woodside High School history teacher stated, “It’s ridiculously exciting to see more people running, regardless of who won and who didn’t. The idea that people are starting to see that a candidate could look like me, or look very different from me, or have a different religion, or come from a different family. That exposure is going to be huge for the entire county.”

While not all minorities running for office were triumphant, the number running shows development and drastic change in comparison to prior years. Before 2018, the highest number of women running for governor was eight, yet this year the number has grown to thirteen. Moreso, over 80% of these women were qualified for office with previous government experience; one such being newly elected congresswoman Ilhan Omar.

“I decided to run because I was one of many people I knew who really wanted to demonstrate what representative democracies are supposed to be. We wanted to show our commitment to true representation and reflective representation,” Ilhan Omar, one of the first two Muslim women elected to Congress, stated in an interview with Elle magazine.

“Representation matters. I think that the best intentioned people in the world don’t know to notice different things, just because they aren’t on their radar, so regardless of what ends up getting done, the fact that they [the candidates] are going to be in the room at the table having tough conversations is going to be exciting.” Buckowski stated.

This outcome demonstrates a change driven by voters. The majority of democrats, young adults, and city residents voted for the minority candidates, in hope that they would bring new voices and reliable actions to the United States government, according to the Wall Street Journal.

“The midterm elections are extremely important to Woodside students, and to our generation as a whole,” Peck emphasized. “We’re the ones who are going to have to step up, make the changes, and correct the wrongs previous officers have made during their time.”