Crisis in the Black Sea 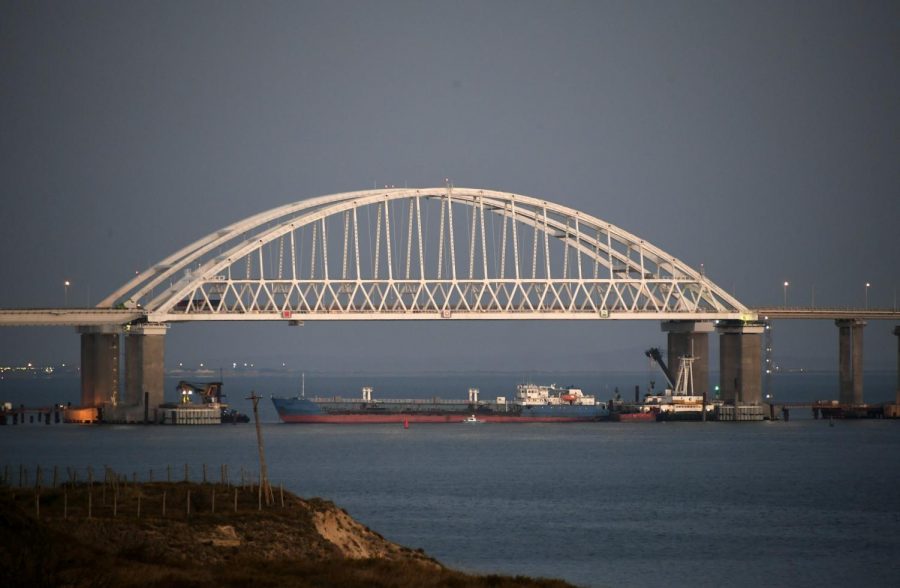 The Kerch Strait has been blocked by a Russian cargo vessel, preventing any sea travel through the strategic waterway.

Russian and Ukrainian warships clashed over the closure of the Kerch Strait, an important strategic canal, resulting in the Russian seizure of two Ukrainian warships and the injury of six and capture of 23 Ukrainian sailors, on Sunday, November 25th.

In 2014, Russia seized the Crimean peninsula, a Ukrainian territory, provoking a four-year standoff between the nations and a pro-Russian rebellion in the eastern Ukrainian provinces of Donetsk and Luhansk, which continues to this day. The Crimean Peninsula seperates the main Black Sea from the smaller Sea of Azov – the two seas are connected by the Kerch Strait, a narrow passage between Crimea and mainland Russia. Following the Russian seizure of Ukraine, Russia began construction of a massive bridge to span the twelve-mile gap, leaving a roughly 300-meter area to allow ships to pass through – much to the anger of Ukraine.

On Sunday, the Ukrainian navy sent two modern gunboats, the Berdyansk and Nikopol, and a tugboat, the Yana Kapu, from the Black Sea port of Odessa to the city of Mariupol in the Sea of Azov. These ships were blocked from crossing the Kerch Strait by a Russian cargo ship, which completely blocked the narrow 300-meter passage. A Russian Coast Guard vessel then rammed one of the Ukrainian vessels, which were then fired upon by Russian naval warships. The Ukrainian vessels returned fire, but were seized. Russia claims that the Ukrainian warships had entered Russia’s territorial waters and were making provocative actions, while Ukraine has asserted that they had alerted Russia of the movemment ahead of time.

Reactions to the incident have been strong. The Ukrainian President, Petro Poroshenko called for the implementation of martial law across the country on Sunday, which was approved on regions bordering Russia or regions where Russian troops are housed for 30 days starting from Wednesday, November 28th. The Ukrainian Military has also been placed on combat alert and has been ordered by the Ukrainian government to prepare to initiate the mobilization of reservists.

The United Nations Security Council is also currently holding an emergency meeting regarding the developing crisis. During the meeting, U.S. Ambassador Nikki Haley lambasted the incident “yet another reckless Russian escalation” and asserted that it was an “outrageous violation” of Ukraine’s independence.

This story is still ongoing and will be updated as more information is made available.