Winds are blowing smoke from the Northern California wildfires down into the Bay Area resulting in hazardous air quality. 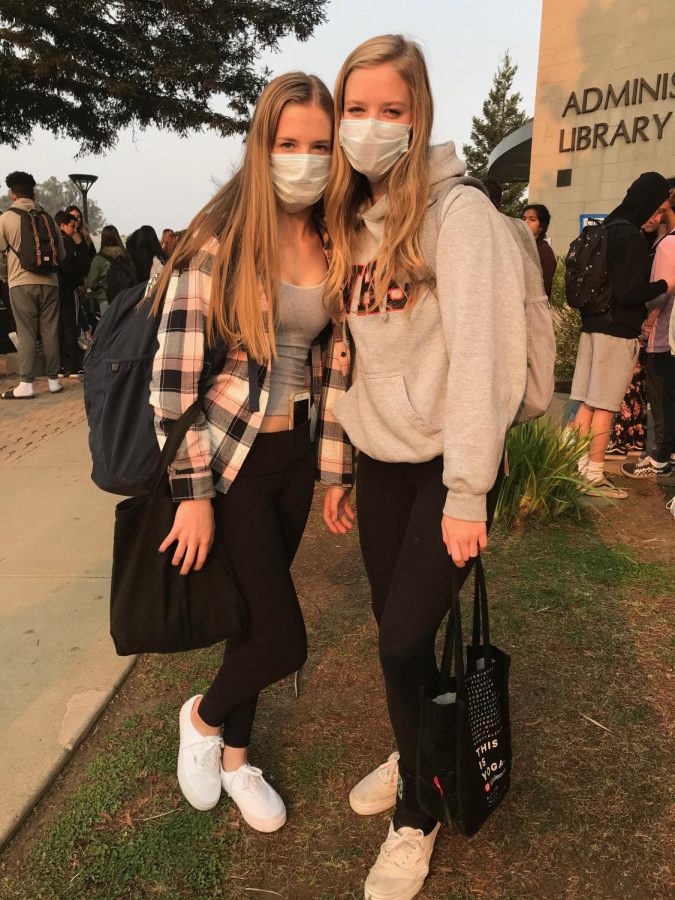 Students wear masks to protect themselves from the smoky air.

Woodside, California is currently in a state of unhealthy air quality with an air index of 184 and visibility of only 2.5 miles. Woodside students have taken to the nurse’s office to acquire barrier masks for some protection against the smoky air.

“I’m giving them out to potentially serve as a barrier and protect against all the smoke and bad air that’s been going on because of the fires,” Nanette Pasion, the school nurse, said.

Pasion also mentioned that symptoms from the air quality could include “difficulty breathing, headaches, nausea, and eye irritation.”

The winds could continue to blow smoke south toward the Bay Area for several days. Pasion recommends limiting your time outside and if possible, using an air purifier or humidifier inside. Some students decided to go home today instead of rely on a mask for potential protection from the haze.

“Today was one of the busiest days since the beginning of the school year that I’ve sent kids home for not feeling well,” Pasion revealed.

The city of Woodside is at an index 135 above what is defined as good air quality. The source of the Bay Area’s poor air quality is the Camp Fire in the Northern California town of Paradise. The wildfire began just yesterday morning and has already swept over 70,000 acres of land and destroyed more than 1,000 structures throughout the town. Details about fatalities and total damage are still unclear because firefighters have not yet had time to fully survey the area.

As of Friday afternoon, the air quality index in Paradise, California was at 386, placing it in a state of hazardous air quality. Paradise has been evacuated but the flames are now spreading west toward Chico, California, threatening 75,000 structures and 93,293 people.