West continues to be the center of attention in political media. 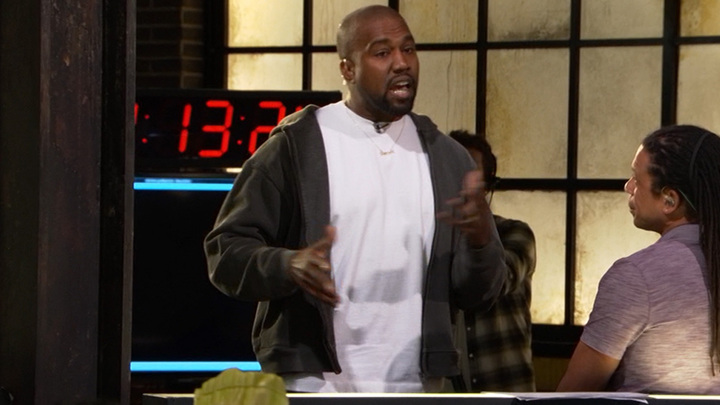 Kanye West delivers his political views in the TMZ newsroom.

Kanye West has received the center of attention in the hip-hop and political media as his controversial comments and new music address his newfound political views.

Prior to his revelations last week, the award-studded Chicago rapper has remained silent for months without any new track releases or paid interviews. Married to Kim Kardashian, Kanye West is part of an affluent family that airs the popular reality show “Keeping Up With The Kardashians.” His last album release was in February 2016, and became the first record ever to go platinum with only streams.

In a series of tweets, Kanye West expressed his support for President Trump and their conservative speakers, supporting his claims by  touting the famous “Make America Great Again” in a photo. After tweeting a photo of his MAGA signed hat, Trump responded by saying, “Thank you Kanye, very cool!”

Only days after Kanye’s notable Twitter rampage, West appeared on TMZ to address his recent alignment with President Trump. While on camera, he spoke on a variety of topics, from his recent drug addiction to the modern-day effects of slavery. West spoke about these topics while streaming live.

“When you hear about slavery for 400 years. For 400 years? That sounds like a choice,” West said in an interview with TMZ.

Almost instantly after this comment, numerous employees at TMZ responded with criticism by citing a lack of realization of the problems African-American people face in America. Van Lathan, a TMZ live employee, replied to Kanye with, “We have to deal with the marginalization that has come from the 400 years of slavery, that you said, for our people, was a choice.”

At Woodside High School, lifelong Kanye West fans are few of many who expressed dissent over Kanye West’s words. Rylan Reich, who listens to a variety of rap music, thinks Kanye West enjoys Donald Trump for his businessman attitude rather than policies that he has enacted during his one year in office.

“It is easy to separate the personality of an artist with the music they put out, but I think Kanye has crossed the line this time,” Reich stated. “There are real-world problems that he needs to be aware of.”