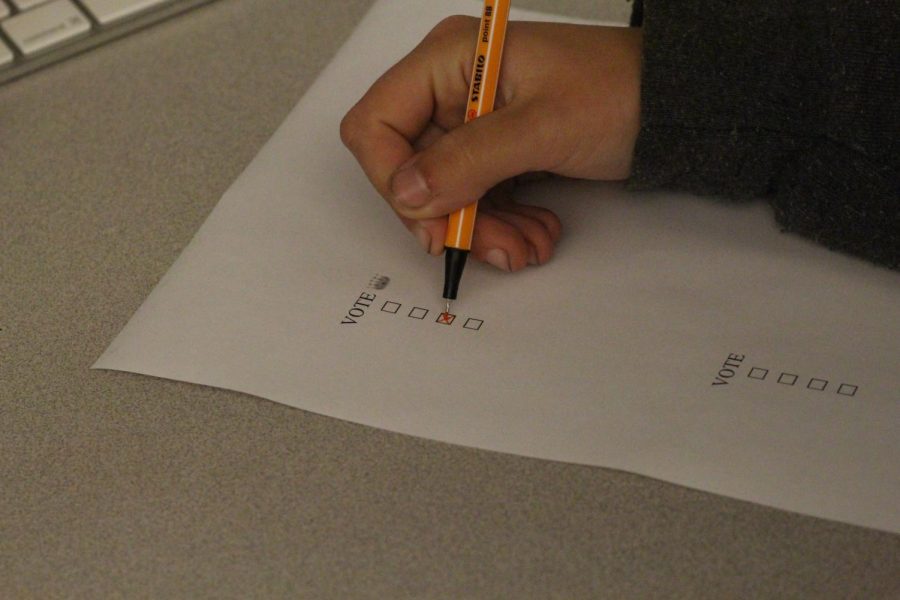 Only juniors, seniors, and staff members can nominate students for prom court.

Prom court is an integral tradition at Woodside High School, and as prom season approaches once more, Woodside teachers give their take on nominating students.

“Out of the nominations by the students, we put the top three [in each category] on the ballot purely based on the number of votes they get,” explains Leslie With, Student Activities Director and supervisor of the student-run prom committee.  “Whoever gets the most votes from the teachers is also put in.”

To collect nominations from Woodside staff, With sends out a Google form that simply requires respondents to input the names of their nominees.  Any junior or senior can be nominated so long as they are not on the No Privileges list, their GPA is at least a 2.0, and they were not a part of the homecoming court.  Regardless of the lack of other official criteria, With does have an ideal profile in mind.

“I would hope that students and staff look at those who are giving to the Woodside community,” With comments.  “When you think of Woodside, this would be a student you would think of. It’s someone that really embraces―and I know it sounds cheesy― our eight conditions.  It’s someone who really embraces a sense of belonging and is a hero to others.”

Woodside math teacher Briana Lee has not had a chance to nominate students for prom court before, as it is her first year teaching at Woodside.  The small school she student-taught at last year did not have a prom.

“I have not nominated anyone yet, but I think I’m going to look through my rosters one more time and see if anyone in particular really stands out,” Lee decides.  “I’d mostly be looking for how the student interacts with other students. Is that student is a kind person who reaches out to those around them? Is that student someone who makes the people around them feel like they belong?  Those are the main [qualities] that I’d look for.”

“I think that it’s a popularity contest,” Hanson argues.  “I don’t know the popularity status of students, so by me nominating, maybe I could help change that.  But I’ve never really been a big fan of the idea of crowning someone prince or princess or king or queen, and so when I received the email asking teachers to nominate students, I just decided not to, because I just don’t like the whole idea of it.”

With disagrees, believing that the nominations are not only exciting but also a glimpse of real-world politics.

“The nomination is kind of a two-fold,” With describes.  “You start with the nomination and then you go to the voting, kind of like we do with the DNC and the RNC.  I think students enjoy it; they like the court aspect, and they like how it brings a little more attention to the event.”

Lee’s opinion falls between those of Hanson and With.

“I like the idea that prom court recognizes students who are actively involved in the Woodside community,” Lee reasons.  “However, I do think it is very heteronormative and that changes could be made to the traditional prom court.”

Regardless of the controversy surrounding prom court, the nomination process continued as normal.  The prom committee closed nominations on Thursday, April 5, and the leadership class plans to count the votes today.  Still, the nominees will not be announced until the Monday after the break, and the final voting for the prom court does not take place until during the actual dance.

“I know that [Woodside is] rare because we do [nominations] for homecoming and prom,” states With.  “I’ve had students who have suggested that we should do it for the winter dance too, but I don’t want to dilute the importance and significance of it.”