The test was recently approved by the U.S. Department of Education, following previous waivers for cancellation. 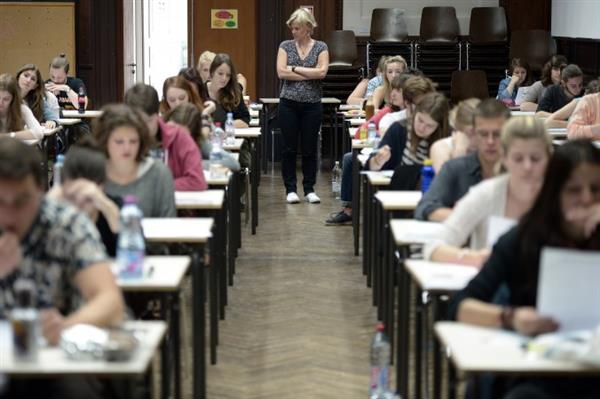 Seniors across California are taking a science standards test that was recently approved by the U.S. Department of Education following previous waivers for cancellation.

For almost two years, California has remained in conflict with the U.S. Department of Education over how the state is administering Next Generation Science Standards. In 2013, the state replaced old standards that were practiced since 1983. The primary concern of state teachers is that students are unaware of what standards they will be tested on. Students in California have previously take the CAST science test in the fifth and eighth grades.

For seniors, the time of the testing comes at a point where many are looking forward to graduation and dread even the lightest assignments. While some upperclassmen refer to this feeling as “senioritis,” other students do not mind testing standards that they may not be familiar with.

Jonathan Stovall is a senior at Woodside who is considering a gap year after he graduates in June. He enjoyed taking the CAST test, because it was time not spent in a classroom working on graded assessments.

“It wasn’t too difficult,” Stovall stated. “If it can get me out of my first period, I’m all for it.”

President Trump approved the request for new testing methods of these standards, while Barack Obama rejected the waiver while in office. When Obama rejected the proposal in 2010, he had also accepted similar reforms for assessment testing in other states like Arizona.

Faculty administered the CAST test at Woodside one week after the juniors’ completed English standards tests published by the same organization, which raised questions for some students. Johnny Tatse is a junior at Woodside who recently completed the standards test and believes it is a waste of school funding.

“I’m not sure what the number is, but California schools seem to have more funding than other states like Arkansas and Tennessee. Instead of using this money wisely, they test us to see how the teachers are doing. I don’t think it is smart spending.”