Hundreds of local students gathers at El Camino Park in Palo Alto, Ca to speak their minds about School Safety in the wake of March For Our Lives. 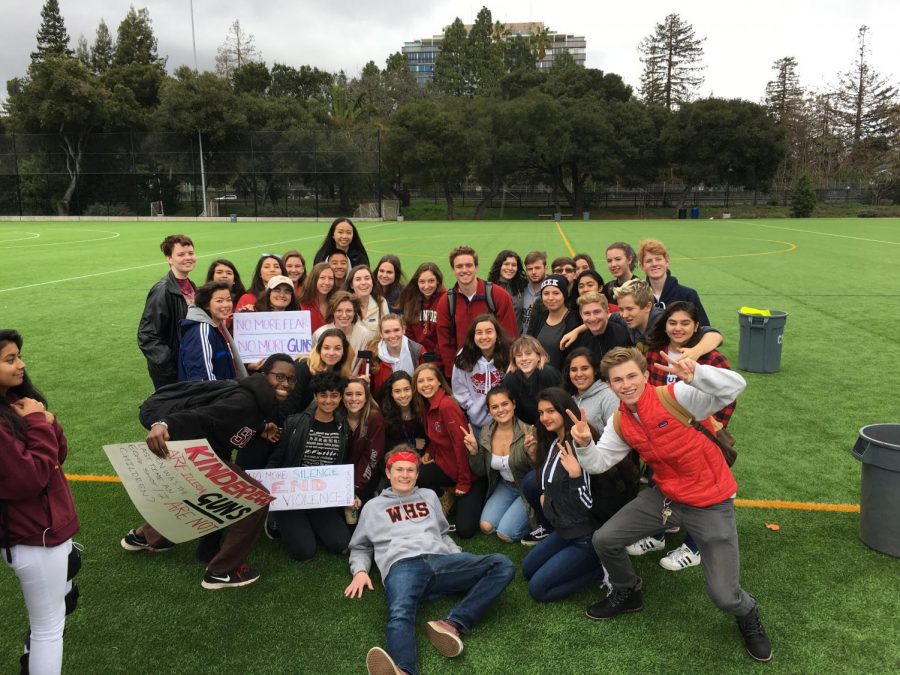 Woodside Students gather for a photo at the Walkout. 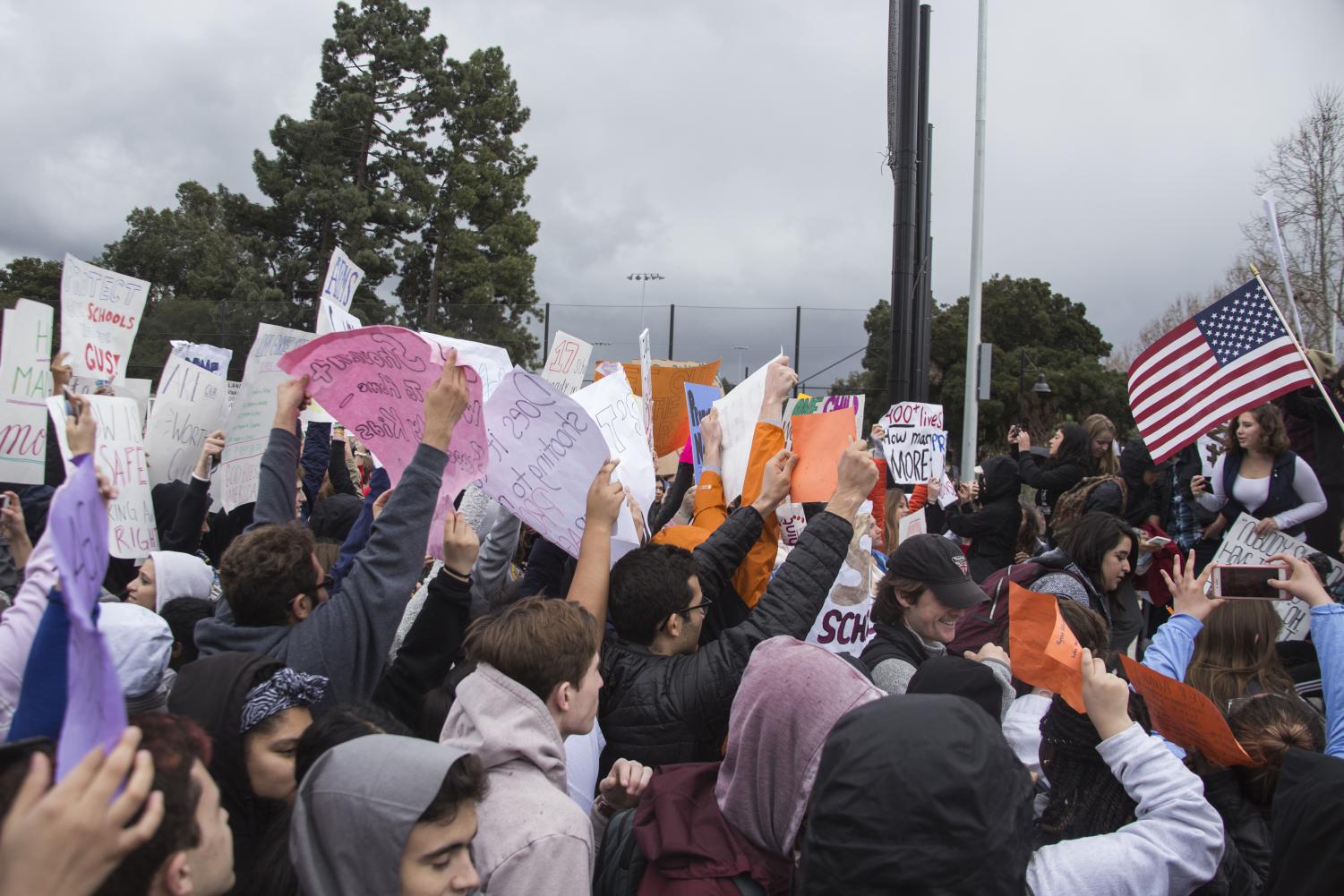 Students rallying show off their posters in efforts to show how much they support gun laws being put in place. 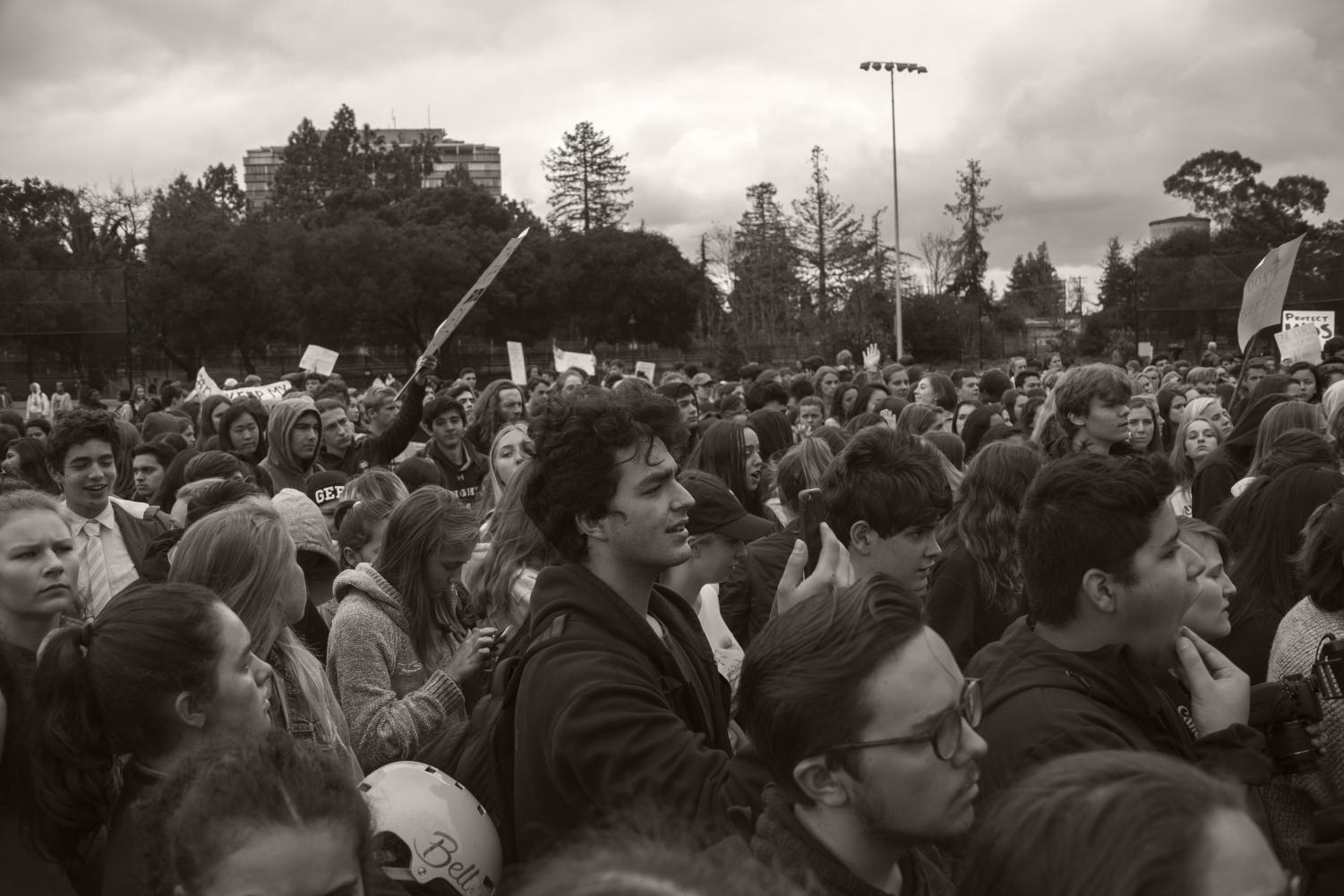 Students from five schools arrived in the masses to show support of the student-organized rally at El Camino Park, Palo Alto. 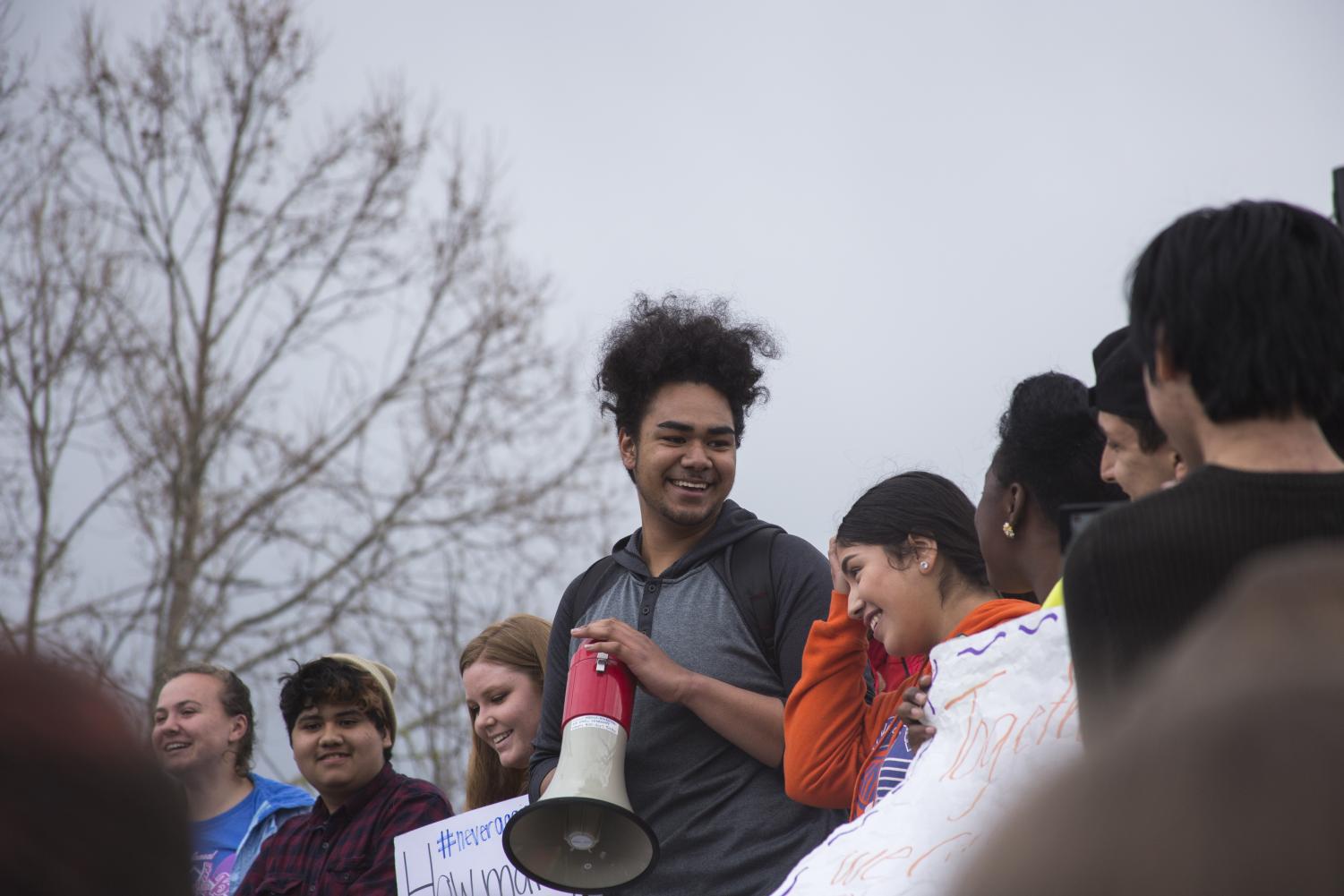 Student speaker from East Palo Alto Academy was very emotional while giving his speech which would be the last of the rally and the students responded with uproars of cheering. 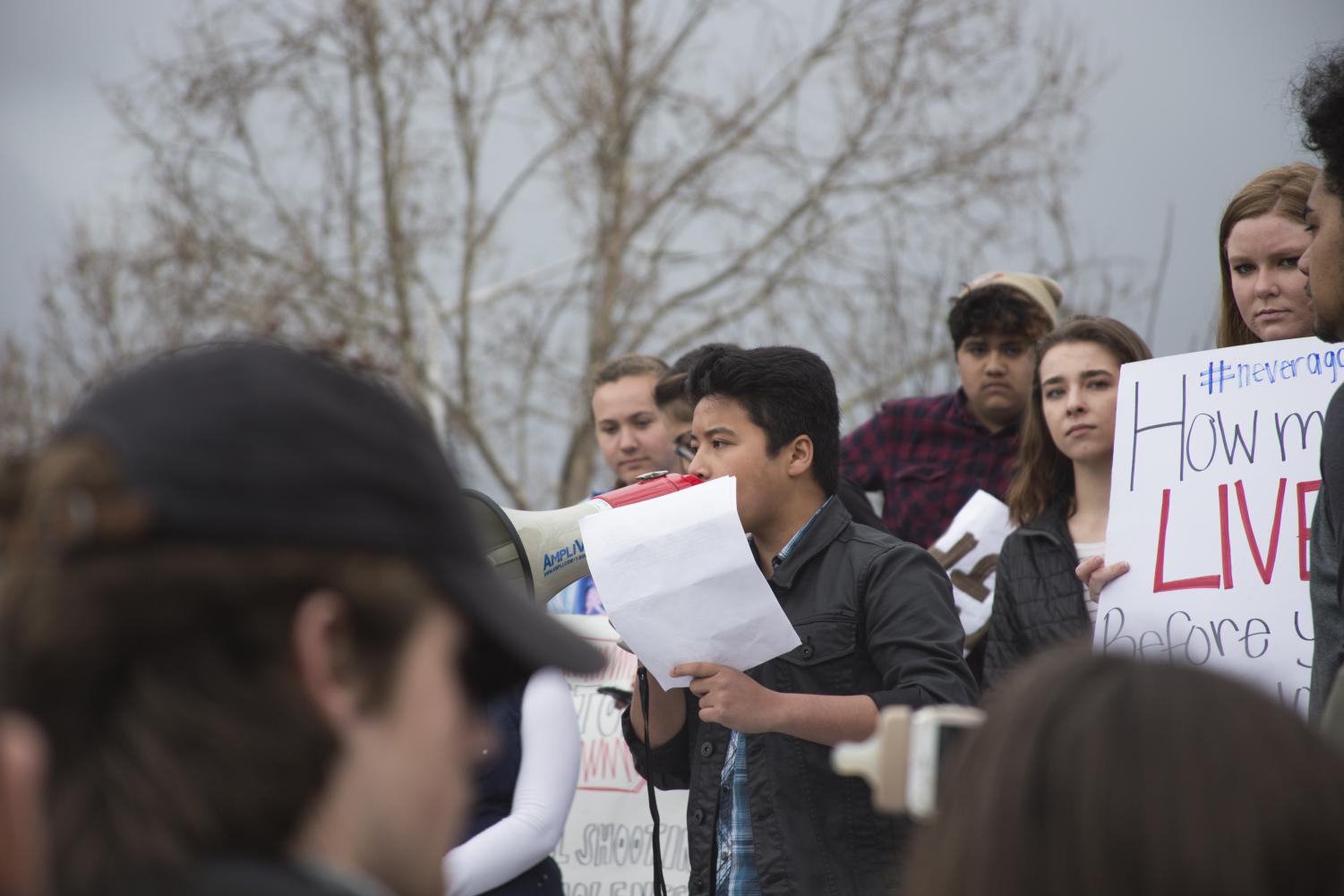 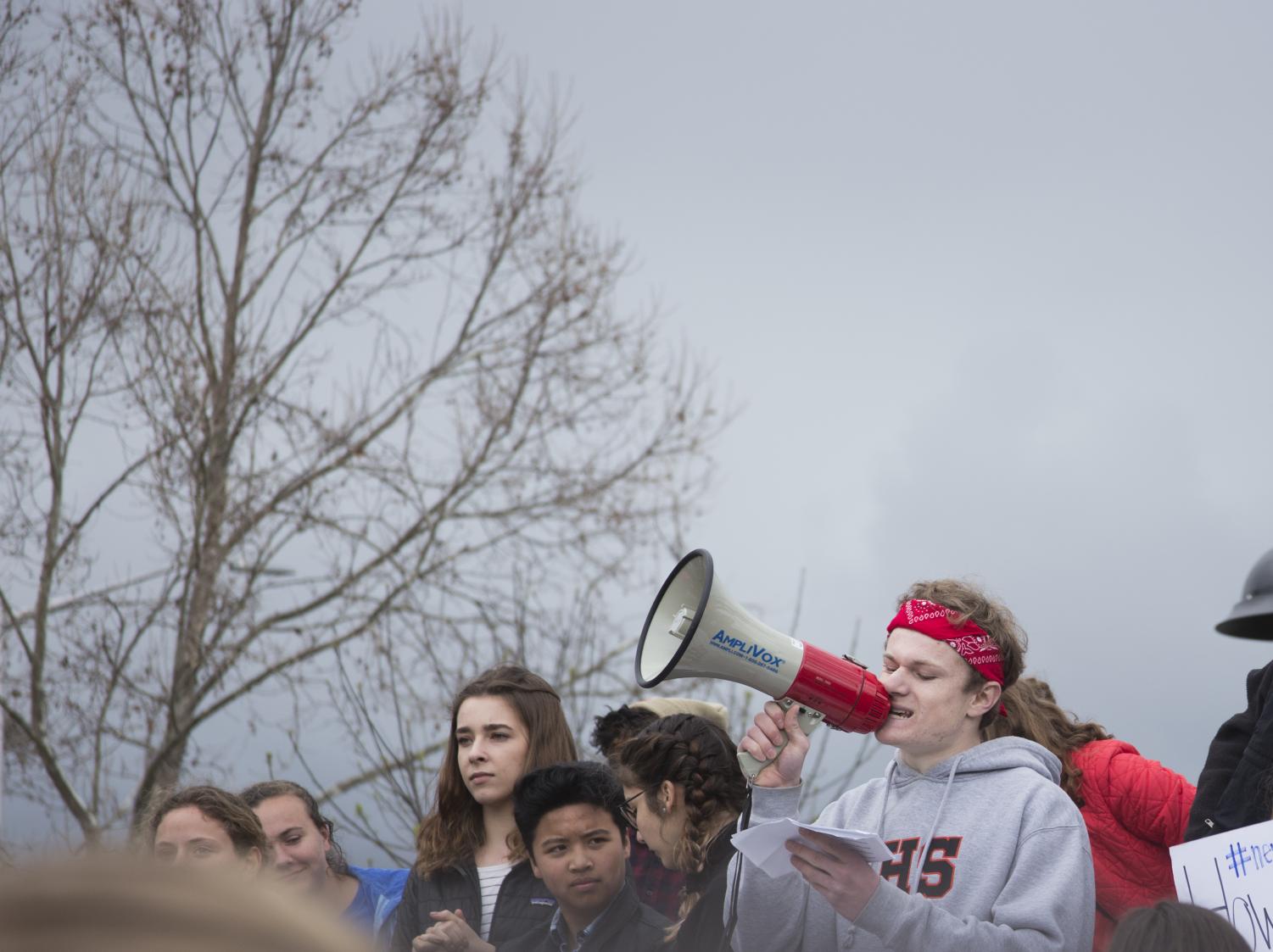 Woodside senior, pictured here, spoke up and shared his thoughts on school shootings and school safety. 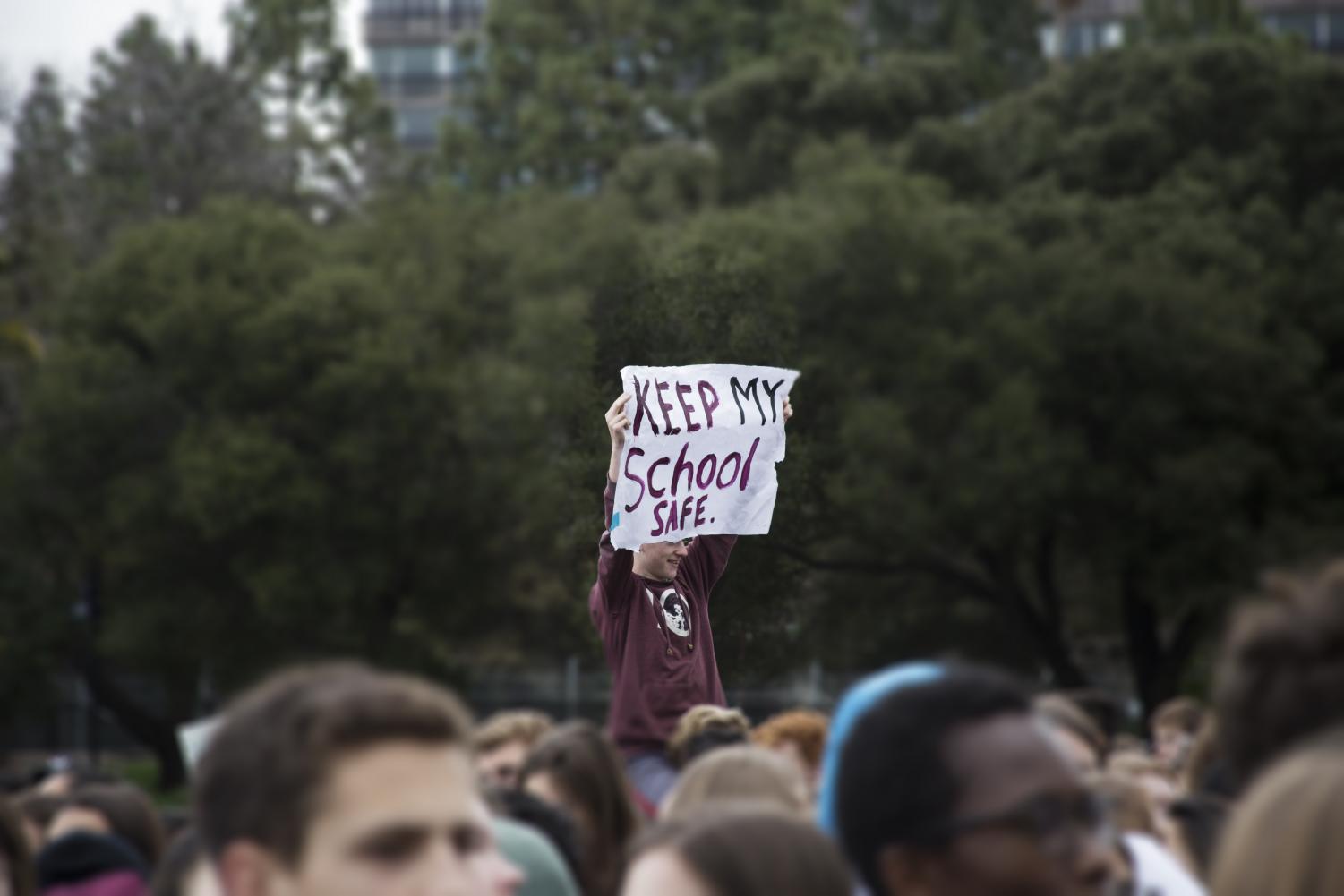 This student wanted her sign to be seen and had a friend put her on their shoulders. 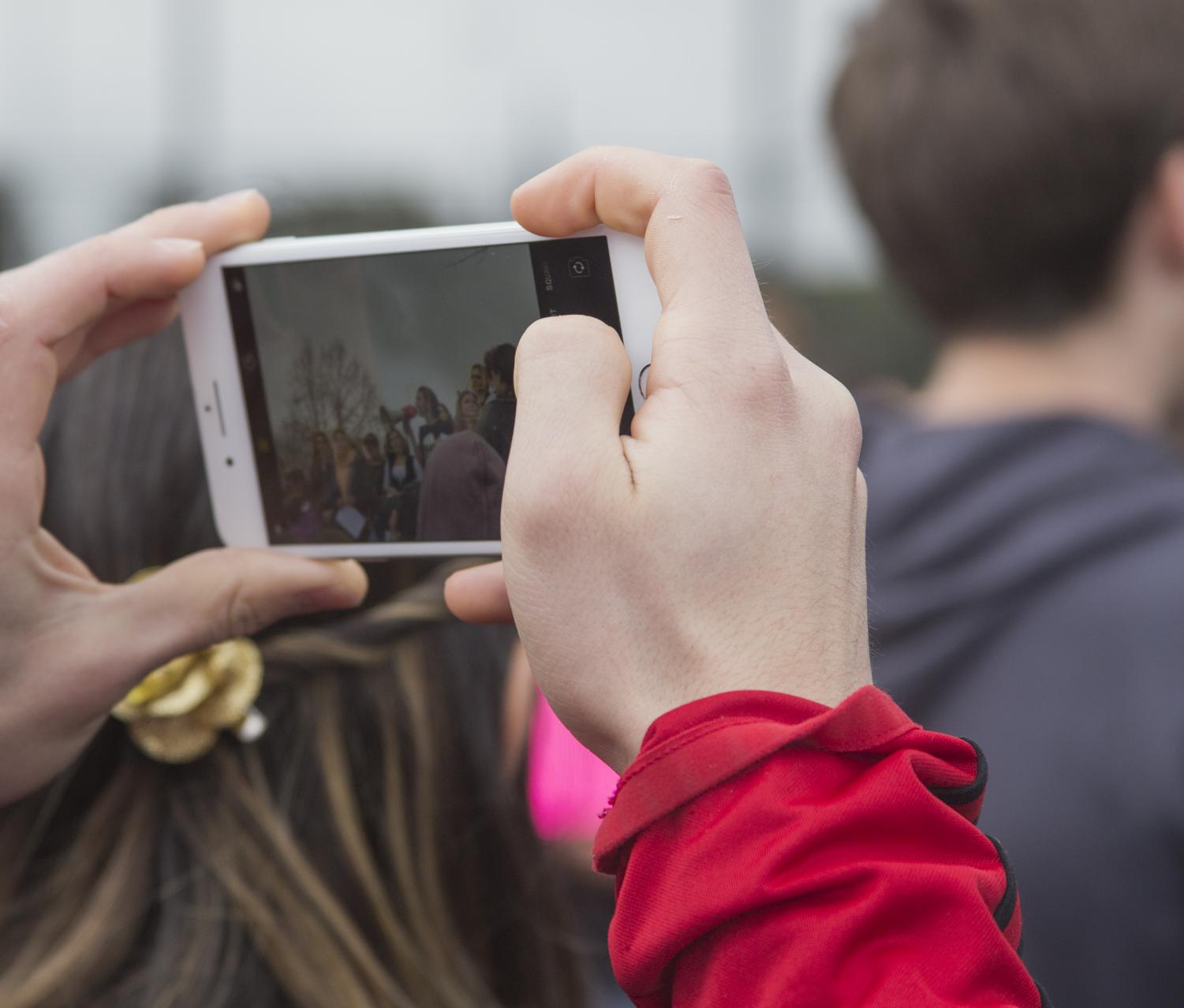 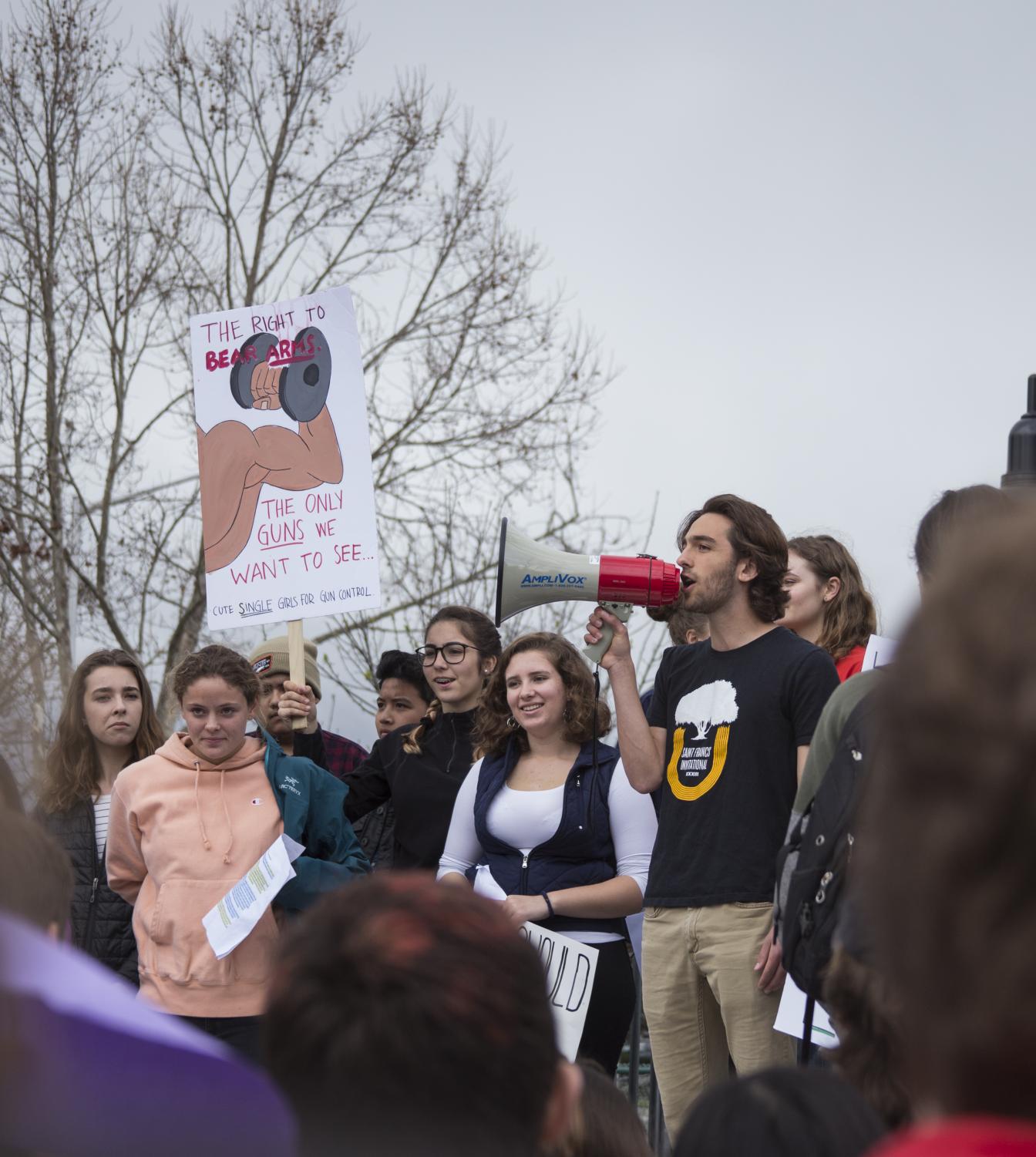 Students speak their mind and share their emotions as they prepare themselves to enter the political landscape. 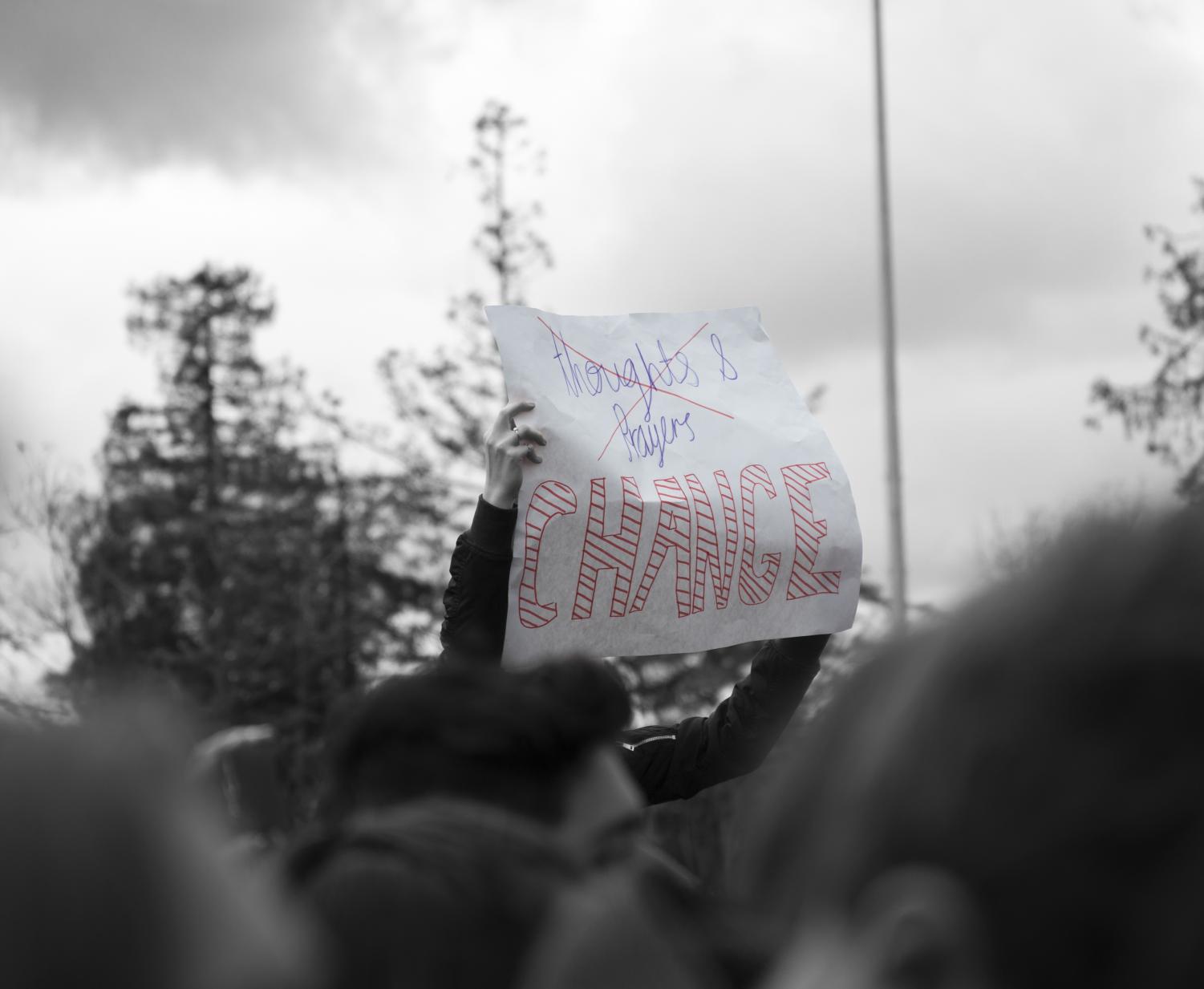 Students were rallying for to receive more than “thoughts & prayers,” they wanted change in how the government deals with gun violence. 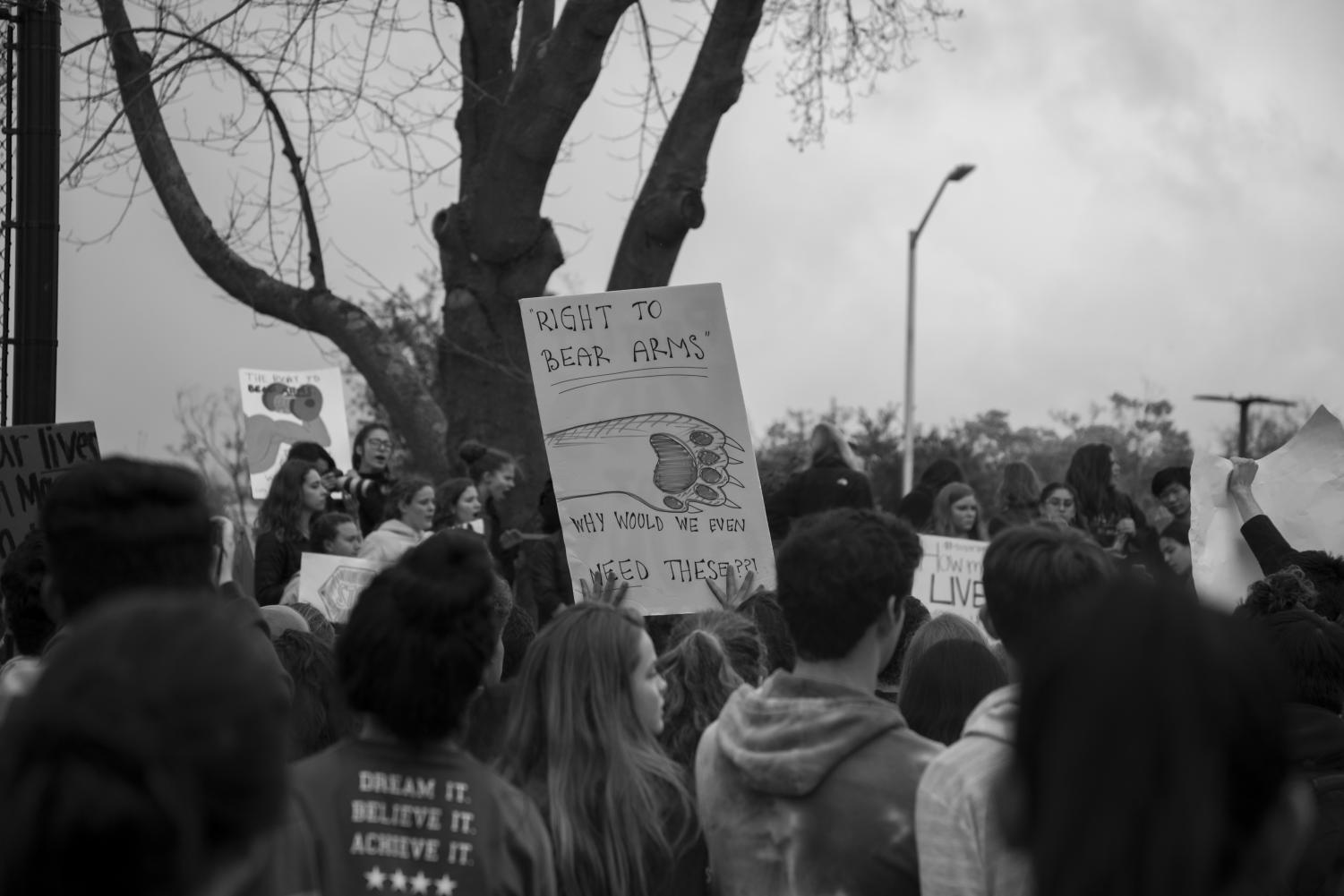 Students satirically judge the governments use of the out dated second amendment to raise a very serious and important question. 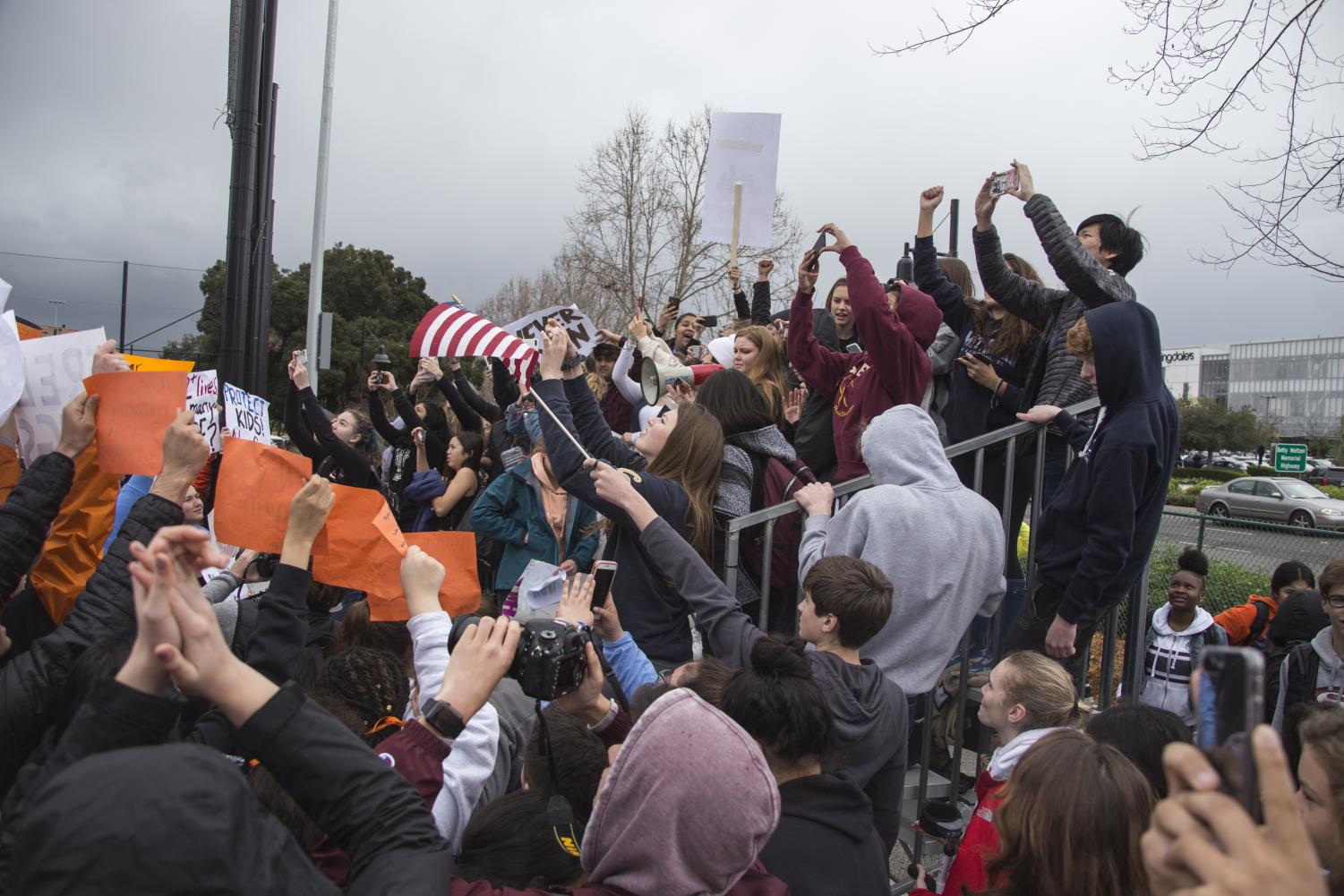 Students attending the rally photograph all attendees holding up their homemade signs.