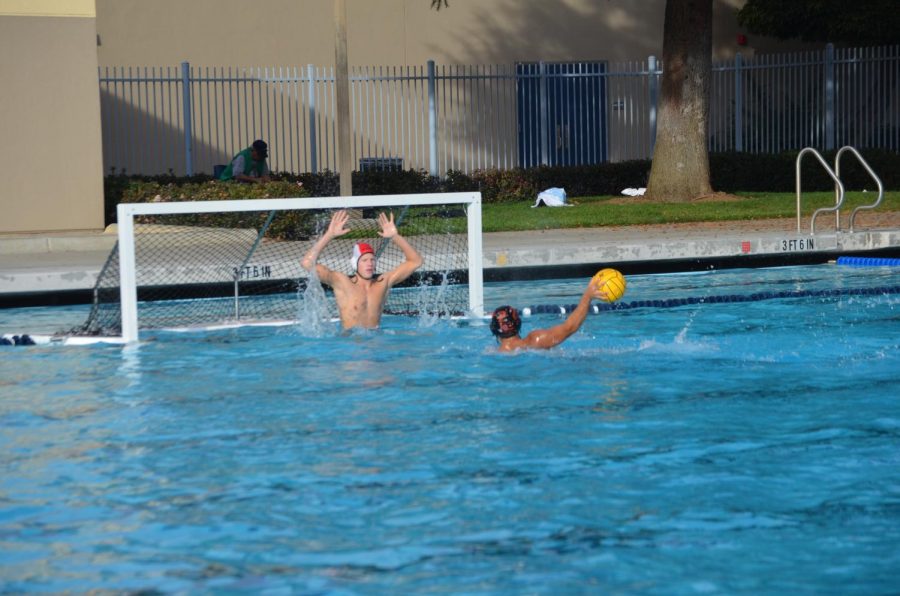 Woodside sophomore Kai Seed gets out of the water to block a penalty shot.

The Woodside boys water polo team ended its best season in years, after an 8-4 loss to Menlo-Atherton on Wednesday, November 13.

The team made it to its first league championship in 30 years and achieved record progress in the Central Coast Section (CCS) playoffs. Key players like Kai Seed and Andrew Mills helped the Wildcats to a 10-0 record in league play and a 19-7 overall record.

“It was an amazing season,” Woodside senior Duncan Vaughan said. “[It was] just an incredible season. I couldn’t be prouder of our guys.”

Water polo is a tough sport, requiring constant stamina and effort. Vaughan commended his team on their toughness.

“[Water polo] is like hockey in water,” Vaughan stated. “This game is tough, and this team gave it their all their effort all season, and the results showed.”

Although it was a spectacular season, many on the team were saddened that it ended with a loss.

“I’m a little disappointed,” Vaughan reflected. “I was hoping to go on a win, but I’m not too upset.”