Woodside’s Volleyball Teams Are Off to a Rough Start 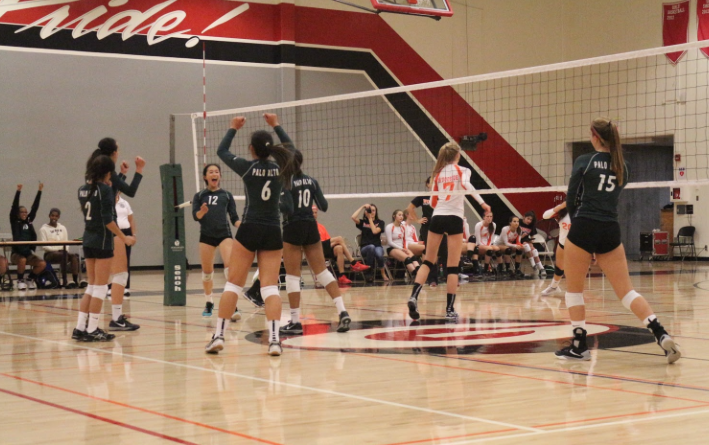 Woodside's volleyball teams have faced a difficult start to the new season.

The Woodside Girls Varsity volleyball team lost its first two games to Aragon and Menlo-Atherton (MA), and they know they need to work harder.

Although the game between Menlo-Atherton was hard, the freshmen did really well; they are important to the volleyball team despite it being their first year. The varsity team has lots of juniors from last year’s Junior Varsity (JV) team, and they are having a rough start. Lots of people from Varsity have never played in the volleyball club.

Woodside junior Grace Jau plays on the Varsity team, and she says they are starting off rough. Out of the three games they played, they only won two. They have some freshmen on the Varsity team who are doing really well, including Helena Granger. Jessalyn Yepez and Aria Francis, who play for the JV volleyball team, also feel they need to work harder to improve.

“[I’m looking forward to] becoming closer [to my teammates] in volleyball,” Yepez said.

The JV team has played two games this year, and there are lots of new players on the team. Lots of people on the volleyball team never played before.

“[The freshman] are good,” Yepez commented. This year, their freshman players are Sara Lopez, Caroline Rankin, and Mandi Hespelt.

Both Yepez and Francis encourage new players to take more risks when playing in a real game.