High School Athletes Speak About Playing at the Next Level

Max Moreno, Rebecca Weeks, and Mark King speak about High School sports and going to play at the next level, or not. 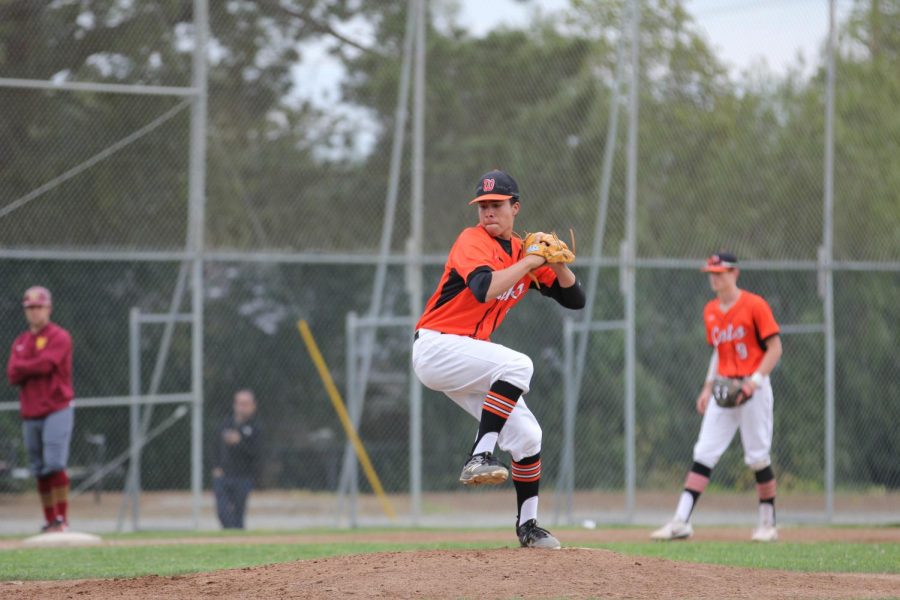 Max Moreno rears back to unleash his fastball.

Six percent of high school Athletes get to play their sport competitively in college. Today, we’ll focus on the lives of a few high school athletes that are taking time to speak about playing at the next level.

Most high school athletes do not get the opportunity to play the game they love after high school. My friend and teammate Maximo Moreno recently committed to William Jessup University, a National Association of Intercollegiate Athletics (NAIA) school in Rocklin, California. I asked him if he was content with his commitment.

Max is looking forward to being in the area, since he will be able to see his parents at the games when they decide to go. “Yes, I am [content],” Moreno described. “It’s in area that I’m somewhat familiar with. I’m not too far from home but not too close to home at the same time.”

Max is very happy to be able to go to a four-year college to play baseball out of high school, after having few options before William Jessup University gave him an offer. Many high school athletes take the Junior College route, much like Max would have done.

“If I hadn’t gotten my offer, I would have just went to Community College at the College of San Mateo,” Moreno explained. “That would have been plan B if I did not get into college.”

Max wants to play baseball as long as he can. Many other high school athletes don’t get the opportunity to compete at the next level.

He understands the volatility of being an athlete, and knows that the game can be gone in an instant, stating, “It scares me but also motivates me to do everything I can before my career is over so that I have no doubt I tried my hardest, and that I had fun, but I don’t think anyone wants to just end their career.”

Rebecca Weeks gave me a different insight, being that she will most likely not be playing soccer in college.

“I am content and satisfied with my decision,” she said.

Weeks has played soccer most her life and is a very high achieving student. We talked about other options for high school athletes that may not have been recruited out of high school.

“Junior College seems like a really wonderful opportunity for some students,” Weeks stated. “But for me personally, I’ve always wanted to go to a four-year college straight out of high school, so going to a JC and then playing at a higher level never really was a path that I wanted to take.”

Rebecca is applying to nine colleges, all highly admission-competitive.

“[It would be difficult] balancing such a new environment with both soccer and grades at the same time,” Weeks stated. “By not going directly into managing both things, I’ll have an easier time acclimating myself, and my grades might be higher because I can focus on them.”

Putting academics in front of athletics is a regular occurrence.

“I think deciding whether or not I was going to play in college definitely influenced and impacted which schools I looked at,” Weeks reflected. “So if it was a D1 school, I knew that, realistically, that I would go for academics and not for soccer.

King’s father: It was awesome. It was great.
My dad would have loved to play in college, just to stay on the field a bit longer.

“It was pretty quick and easy,” he said when talking about the end of his career. “I was broken. It was over.”