Woodside Varsity Basketball Are Ready For A Successful Season 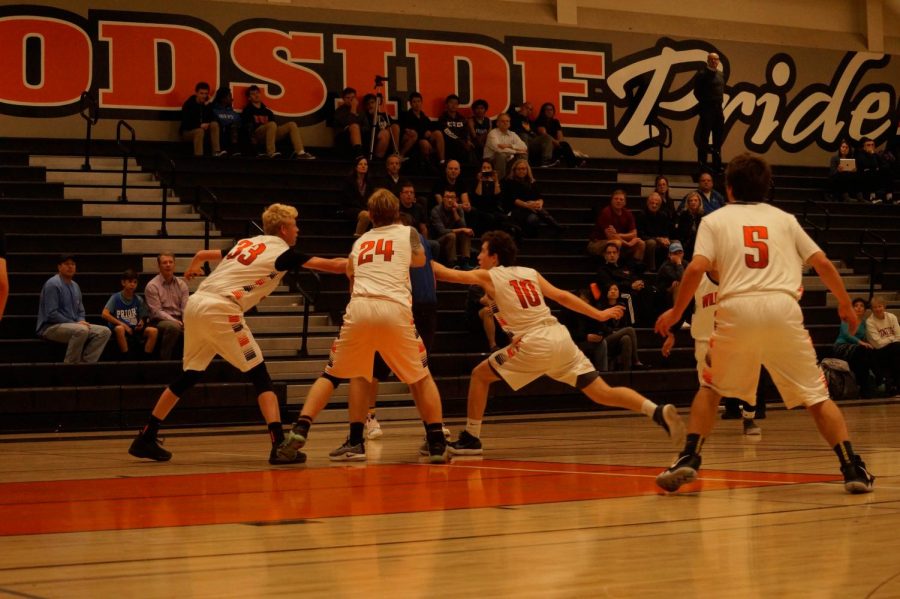 After a long offseason of dedication and preparation, Woodside Varsity basketball looks to bring same energy into this year’s upcoming season. From weight lifting to track conditioning, the team seems ready to take on this year’s tough competition, including Menlo Atherton and Sequoia.

Timmy Yee, sophomore and second year varsity players, mentions the importance of the offseason and how the team used it effectively to help prepare themselves as much as possible.

“In the offseason we put in a lot of work, polishing our skills even more so we get better for next year,” Yee articulates.

Training began with two-three days a week of conditioning and skill work in the beginning weeks of this school year, but now have picked up to six days a week of practice and trainings. Following last year’s performances from the teams, the changes to reform the system may play as necessary adjustments for a more successful season for the Wildcats.

A key to success extends beyond a players individual talent as Elijah Thornton, coach of the Boys Varsity team, touches on the importance of work ethic and how this year’s team ethic has played into early success.

“Another thing that is very underrated skill is work ethic,” Thornton accentuates. “A lot of people don’t view work ethic as a skill, but I definitely view it as a skill.”

Thornton continues mentioning how the players dedication has reached the point where players are wanting to show up as early as six a.m. in order to get up extra shot practice.

Besides the conditioning and skill development aspects, the team has made attempts at developing a stronger chemistry throughout the players and coaching staff in hopes of adding to better on-court performances.

Fellow varsity player and junior, Luis Gonzalez, supplies additional insight on what the team has been doing in order to devise additional chemistry.

“A lot of working out and team bonding,” Gonzalez mentioned. “A couple of weeks ago we went to the University of San Francisco basketball game and we made breakfast for the entire team.”

With the alumni game on Tuesday, November 20, and the regular season beginning on the 30th, Woodside locks their eyes on a successful season.

“I’ve really picked their [coaches’] brains and tried to get ideas,” Coach Thornton stated. “I feel like the things off the court are the bigger things I’ve been learning from other coaches.’”