Woodside Football Off to a Good Start 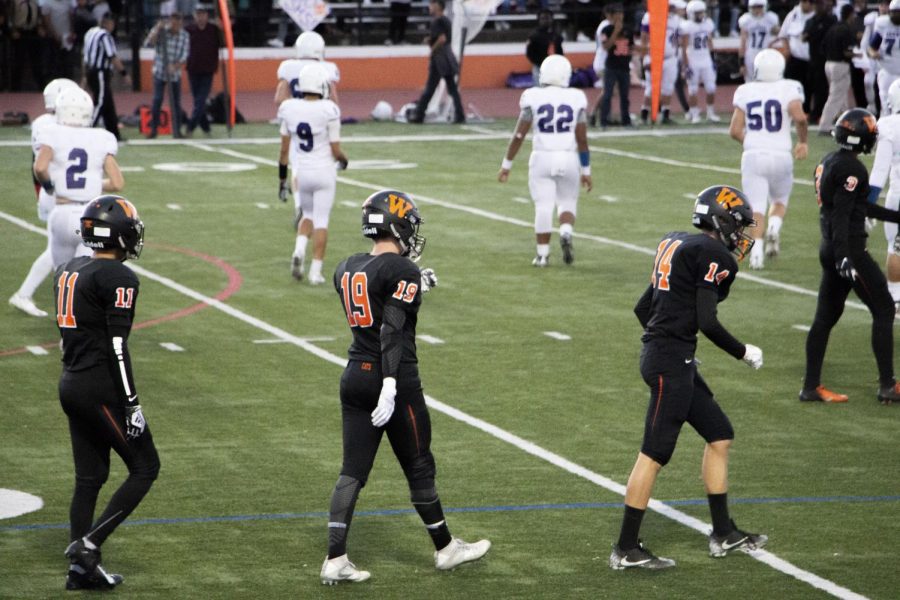 Walking out onto the field

The Woodside Varsity and Junior Varsity (JV) teams are both undefeated after beating South City, Sequoia, and Gunn, making up for last year’s poor performance.

The teams’ most notable win so far was the rival game against Sequoia; considering Woodside’s 0-10 season and Sequoia’s 5-5 season last year, many students predicted the game’s outcome would again be in Sequoia’s favor. Still, many Woodside students came to support their team, with a massive line from the PAC ticket window extending the length of the PAC.

“I’ve always been confident in my team in most situations, even last year when we were losing by 40,” maintained Varsity player Tommy Williams.

Regardless of their past record, the JV football team fought through and beat Sequoia 19-0 without conceding a touchdown. This win uplifted Woodside students’ spirits, creating a little bit of faith for the Varsity team.

“People actually started to believe in the [Varsity] team around the second quarter,” recalled Stella Haussler, a junior at Woodside attending the game.

The Varsity game kicked off with Sequoia receiving the punt from Woodside. In a matter of minutes, Sequoia scored its first touchdown. Shortly after, Woodside scored a touchdown as well.

The score went back and forth this way throughout the whole game, reminding everyone of the 2016 match where Woodside scored what would have been a game-winning touchdown only to lose it shorty after, leading to a Sequoia victory. This time, though, the Wildcats pulled through with a final score of 35-32 and took home the trophy “The Log.”

Some of the most notable players on the Varsity team include #22 Tommy Williams, #72 Christian Ochoa, #10 Scott Morimoto, and #16 Brody Crowley. During the Sequoia game, Tommy Williams made two crucial interceptions and Scott Morimoto made several touchdown receptions.

With the next game against Leigh looming, the Woodside football teams will have yet another chance to extend their undefeated record. “This year we have bigger numbers and we’ve been working really hard all summer,” explained Tommy Williams. “People have been actually taking it seriously.”