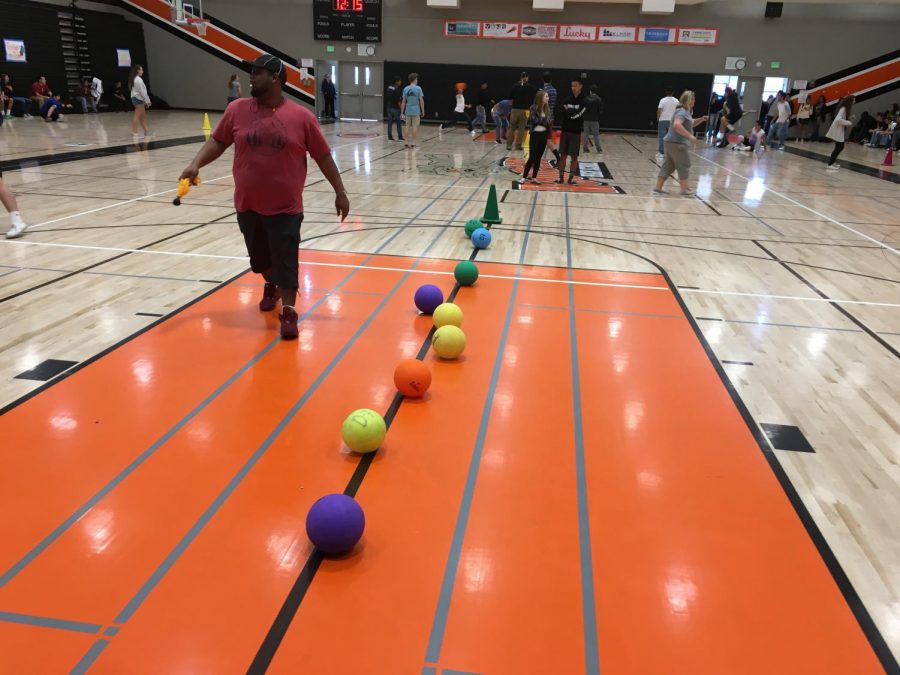 Woodside hosted its second dodgeball tournament of 2018 this week.

Woodside High School hosted its second dodgeball tournament of 2018 this Thursday and Friday.

Woodside students and faculty flocked to the new gym to watch the ultimate test of skill, athleticism, and strategy in one of the most anticipated lunchtime activities of the year: dodgeball. The tournament hosted six teams filled with both students and teachers who were able to form their own rosters and team names including: The Cream Team, The Teacher Team, Toast Club, Ooli Ooli, The Question Marks, and The Destroyers. The tournament came to an end in a highly competitive championship match, where the Teacher Team took home the victory over the Toast Club squad.

“It was a good match; you saw high levels of teamwork on both sides. The teachers threw well and we couldn’t handle them,” commented Toast Club team member, Gabe Devitis.

In the previous tournament hosted by Woodside, the teachers won the championship as well. As opposed to many other lunchtime activities at Woodside, the dodgeball tournament truly does unite both students and teachers while also providing an opportunity for excitement and exercise.

“Teachers playing is really fun,” commented Woodside teacher, Ms. Stefani. “I didn’t even really want to play initially, but I did have a really fun time!”

Even though the tournament ended with all smiles, there was a fair amount of controversy surrounding a rule change for this year’s tournament that required all teams to be co-ed. Not all students agreed that this requirement was necessary.

“I think that it makes finding teams a lot harder and more complicated,” senior Katie Raynor added. “The rule shouldn’t be there because I don’t think it really makes that much of a difference and by the end of the tournament a lot of teams tend to break this rule.”

Additionally, this tournament didn’t seem to have the level of organization and student hype surrounding it in comparison to last years.

“This time it wasn’t as supported. Compared to the first time the dodgeball tournament was held, it seemed like there was nobody there, which made it a little more boring,” mused Junior dodgeball player, Joseph King.

Nevertheless, the dodgeball tournament served as an entertaining, stress-relieving activity before the dawn of finals is upon the Woodside High School community.

“I enjoyed it; it was really fun being on a team with friends and having some friendly competition with my classmates!” commented junior Dean Davis.