Woodside Football: It is Time to Bounce Back 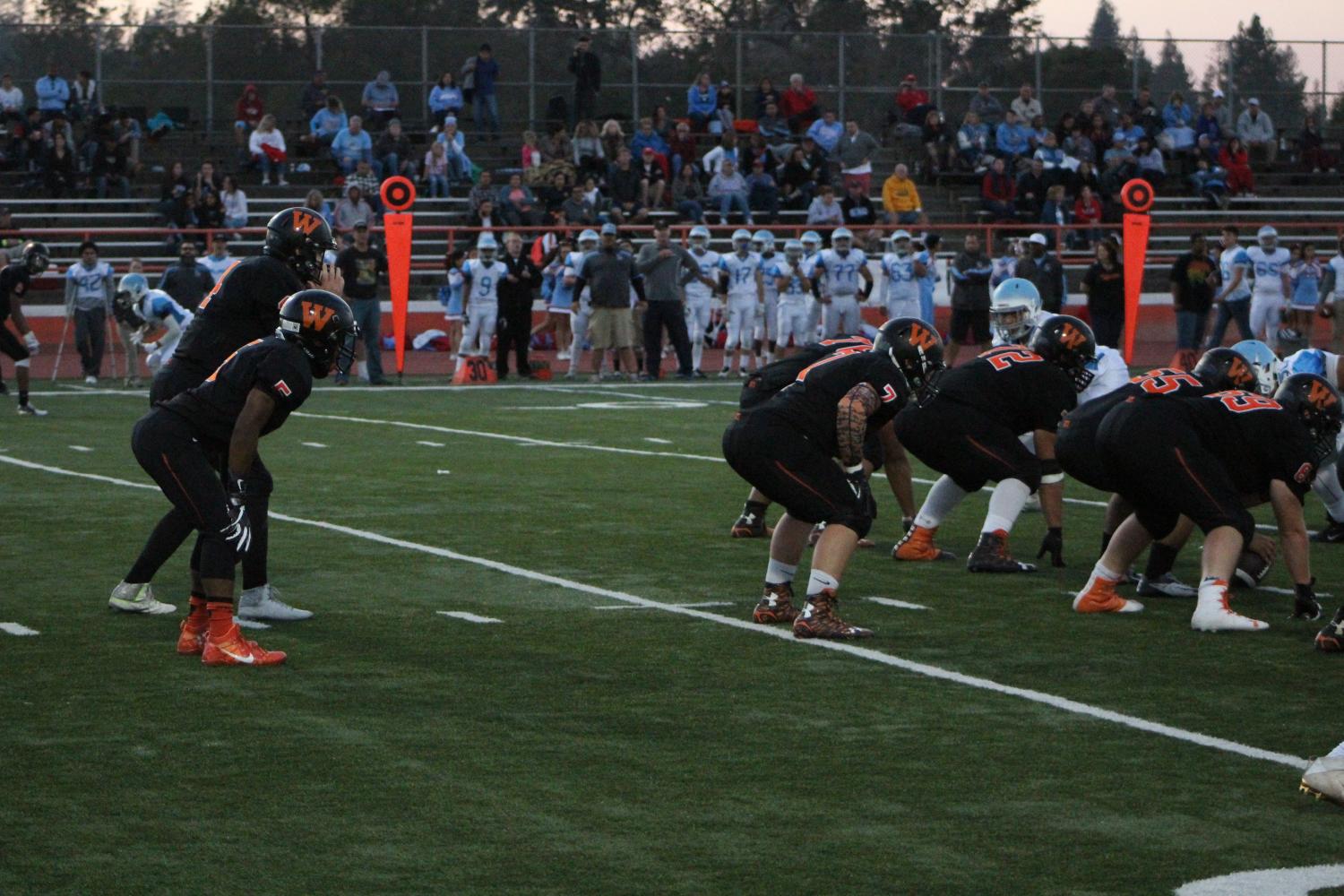 After taking a tough 26 – 13 loss in their season opener, the Woodside High School football team hopes to recover in order to have a successful season.

Last year, the Wildcats started off the season on a hot streak, winning their first four games by a combined 77 points. This year, however, they are clearly not the same team as the 2016 Wildcats, losing the majority of last year’s team to graduation. Last Friday, they struggled with inexperience, injuries, and tough calls from referees in their week one loss to Capuchino High school, a team whom they shutout 19-0 last year.

Despite the devastating start to the year, the Wildcats hope to have more success in the rest of their Friday night showdowns.

“We’re playing with a much smaller roster than we have in the past, which means that a lot of guys have to play out of position and take more reps,” Head Coach Justin Andrews said. “You couple that with the inexperience that we have on this year’s team; it’s just something that we’re going to have to overcome moving forward.”

Although there is a sense of inexperience within the team, the coaches and players rely on their senior captains, Derek Smith, Chris Brugger, and Weston Bourgeois, for guidance in the heat of battle.

“Weston Bourgeois, in particular, is a very versatile player. He’s got multiple years of varsity experience; so we’re definitely going to be counting on him to play a very big role this season,” commented Coach Andrews.

Senior Bourgeois has goals laid out for his team this year, as this marks his last year of Wildcat football.

“We want to win as many games as we can and be successful with the guys that we have right now,” said Bourgeois.

Those “guys that we have right now” will need to take a big step up if the Wildcats want to have a successful season.

“I think Joseph King, Isaiah Henderson, Chris Brugger, and all of the seniors have been put in spots where they can make plays and contribute to the team,” added Bourgeois.

With the season opener in the rear view mirror, the Woodside Wildcat fans are looking forward to see how the team will deal with even stronger competition against rival teams like Carlmont, Sequoia, or Menlo-Atherton. However, the coaches and players believe that it is important to focus on the task at hand.

“We try not to get caught looking ahead. The goal is to try and go out there and win every week,” commented Andrews. “You want to have a good, solid routine every week and not try to play better simply because it’s a different opponent.”

Although the team is in a little bit of a slump right now, they need their schools’ support more than ever.

“We’re a bunch of guys putting in work, and no matter how we’re playing on the field, we need everyone’s support!” finished Bourgeois.