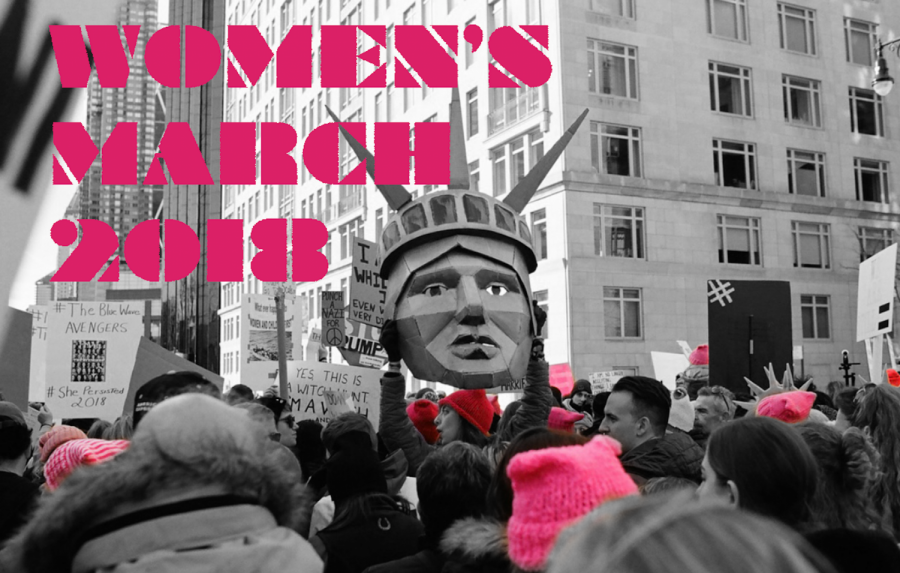 An energetic crowd filled with signs with empowering political messages packed into Civic Center Plaza for a rally, followed with a march down Market Street to the Embarcadero. While the last Women’s March was centered around empowerment, this year’s march aimed to bring about action.

Students that attended felt that the Women’s march was a good opportunity to show pride and power in femininity and well as uplift other women.

“I think it’s a great way to bond with other women and feel pride about being a girl,” Breanna Broussard, junior at WHS said.

Women were not the only ones to celebrate gender equality at the march. Men and children also flooded the streets of San Francisco to support the women in their lives.

“As a guy that was raised entirely surrounded by women, I am aware of how amazing they are. It’s important to support them and help get them where they should be in society,” Devin Dohrman, senior at WHS says.

The march inspired many people to incorporate activism into their daily life and work towards change.

“ I learned that uplifting and supporting others girls and helping them find success is a necessary part of getting women to where they should be in society. I think that is the most important part of feminism,” Kathryn Williams, junior at WHS said.

As well as a central theme of female empowerment, the march also protested against the current political climate and other social issues.

“I just feel like the Women’s March had an ultimate theme of human equality in gender as well as race, financial status, and more,” Jana Schmidt, freshman at WHS said.

The Women’s March was successful in showing the power and passion of the female voice.

“These marches inspire action and raise awareness through social media and the press! Sexist people need to know that women will not stop until their voices are heard,” Broussard adds.

As well as spreading an important message, attendants felt that the march brought together people of all walks of life for one central cause.

“My favorite part of the march was seeing everybody so passionate about a message and to come together no matter their backgrounds and spread awareness,” Dohrman adds.