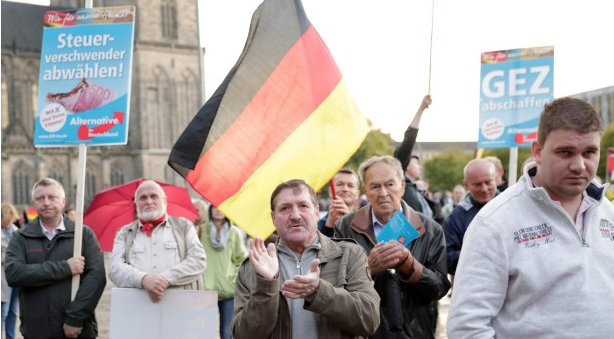 GERMANY- Since the end of the Second World War, Germany has never had a nationalist, far-right, militaristic party in it’s Bundestag, or parliament. The Alternative For Germany (AfD) party abruptly shattered this pattern on the 24th of September.

The AfD, which won roughly 13% of the electoral vote during the 2017 elections, is now the third-largest in Germany. The party, and its members, are well known for expressing far-right views.

“You’ve had leading figures in the AfD say things like ‘we should be proud of the things German soldiers did in the two World Wars.’ They’ve also said that Germany has spent too much effort in remembering the Holocaust,” says Dr Karen Donfried, President of the German Marshall Fund for the United States, during an interview on the podcast Pod Save the World. “So yes, I think it is fair to call them an extreme right party.”

The AfD won more of the electorate in areas formerly controlled by East Germany, such as Saxony, where they won 27% of the vote. 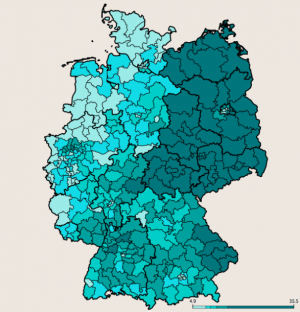 A map of German constituencies, with darker colors signifying more support for the AfD. Courtesy of The Express.

The AfD party is a fairly new party, in contrast to other German parties such as the Christian Democrats and the Social Democratic Party, which have existed since the formation of West Germany in 1949.

“It is quite dramatic to see this party that did not exist prior to 2013 suddenly be the third largest political force,” says Dr. Donfried. “They first came onto the radar screen in opposition to the Euro, and in opposition to Merkel’s decision to bail out Greece.”

The AfD party has not always been this popular.

““After WWII, Germany put into place a 5% threshold to try to prevent small parties from being represented and splintering the political system. And, actually, four years ago was the first time the AfD tried to get into parliament, and they missed that 5% threshold,” remarked Dr. Donfried.  “On Sunday, not only did the AfD get into the parliament, […] they’re the third largest political party.”

The AfD party only gained popularity following the decision to let in over 800,000 Syrian refugees in 2015, gaining an additional 10% of the electorate.

The official party website, translated into English, reads, “The borders must be immediately closed in order to end the unregulated massive immigration of mainly unskilled workers to our country and its social systems.”

Far from being only immigration centered, however, the party has grown to embrace Islamophobia, homophobia, and militarism, disturbing stances given Germany’s past.

“The German armed forces are to be reformed in such a way that their commitment to action is ensured even in the case of missions with the highest intensity. Extensive structural, personnel and material changes are indispensable,” says the AfD website, “therefore, the AfD calls for the reintroduction of [compulsory] military service.” 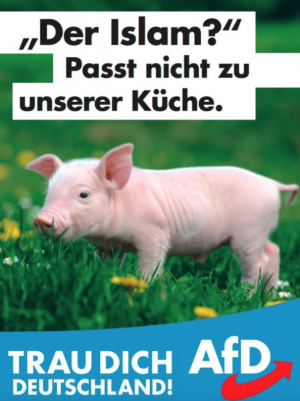 “Islam? Not in our Kitchen” this AfD campaign poster reads. 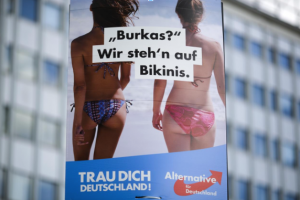 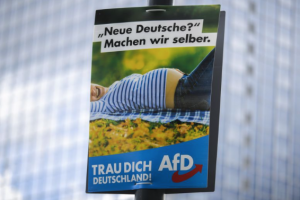 “New Germans? We make our own.”

Although other political parties exist that are similar in views to the AfD, such as the Front National in France or the Vlaams Belang party in Belgium, the presence of the AfD party in parliament is particularly frightening given Germany’s dark past.

“The striking thing in the case of Germany is we’ve seen far-right populist parties do well across Europe,” claims Dr. Donfried. “It’s not that we don’t see people who hold these views across the European political landscape, but because of Germany’s past, because of the Nazi past […] there has been a very high threshold among German voters in bringing a far-right party back into Parliament.”

The rise of the AfD has been concerning not only for outsiders, but also for other members of the German government.

In a speech after the recent elections, Chancellor Angela Merkel told supporters that “obviously, we have a new challenge ahead of us, and that’s the presence of the AfD in the German parliament.”