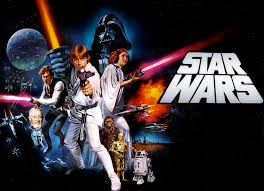 (WARNING: Spoilers for several Star Wars movies are in the article below)

I had a bad feeling about The Force Awakens before I saw it in late 2015. I was worried that Disney would completely botch the seventh installment in the series, similar to what George Lucas did to the prequel trilogy, by using too much CGI and having stiff, unamusing dialogue.

But all of my worries about the new movies were blown away, like the Death Star at the end of A New Hope. The Force Awakens was funny, light and had everything I loved about A New Hope and The Empire Strikes Back. Star Wars was back to how it should be.

Rogue One was the second film to premiere since Disney acquired the Star Wars franchise in 2012. It extracted the same feeling of wonder and amazement that I felt after seeing The Force Awakens.

The original Star Wars movie, A New Hope came out 39 years before The Force Awakens and Rogue One, in 1977. Instantly, it was a smash hit among young and old alike. The movie was so popular, that three years later, George Lucas made a sequel, The Empire Strikes Back, which, in some respects, was an even bigger success and is the favorite movie in the franchise for many fans.

After The Empire Strikes Back, the movies went downhill. Return of the Jedi was good, but seemed forced and introduced the *shudder* Ewoks. Then, after a 16-year gap between movies, George Lucas created the abomination that we now know today as the Prequel Trilogy, or The Phantom Menace, Attack of the Clones, and Revenge of the Sith.

There are countless things wrong with the prequels, such as the annoying Gungan Jar-Jar Binks, the whiny teenage Jedi protege Anakin Skywalker, and countless boring senate meetings that end up amounting to nothing but a pile of CGI bantha fodder.

I grew up with both the Original Trilogy (which my parents smartly decided to show me first) and the Prequel Trilogy (which premiered around the time I was born). I have experienced the good and bad parts of Star Wars first-hand.

As I said before, I was skeptical about The Force Awakens and Rogue One ever since Disney announced they would make an Episode VII, VIII, and IX, and three spinoff movies immediately after they acquired the franchise.

The Force Awakens and Rogue One embody everything I loved about A New Hope and The Empire Strikes Back. The movie was not afraid to joke and make fun during the serious scenes. J.J. Abrams, the director and producer, brought back Lawrence Kasdan, one of the greatest Star Wars writers ever (Kasdan is responsible for the incredible writing in The Empire Strikes Back). The two recent installments also took a step back from CGI, which Lucas used a ton of in the prequels, and filmed on location in exotic, otherworldly places like Jordan and the Maldives.
Although I think The Force Awakens and Rogue One have their shortcomings, like Adam Driver’s acting as Kylo Ren or the fact that every character on the movie poster dies in Rogue One. (I mean, come on, everyone has to die! Even K-2SO!?!?) The Disney-made Star Wars movies are astronomically better than the prequels and a return to what Star Wars was meant to be: a humorous and light space epic that feature lightsaber duels and massive space battles between good and evil. I thoroughly enjoyed watching Episode VII and Rogue One, and I cannot wait to see what J.J. Abrams has up his sleeve for the next four movies.