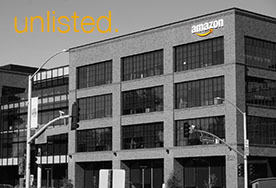 Amazon’s announcement, made in a January 18th press release, came after four months of deliberation among Amazon executives to get the list of cities down to 20. Three of the 238 proposals submitted were from Bay Area cities, including a joint bid from Oakland and San Francisco, plus a separate bid from San Jose.

The fact that the Bay Area already is a large tech hub, with headquarters for Google, Facebook, Apple, and many other tech companies, may have hurt its chances of becoming a top candidate for HQ2.

“I would guess [Amazon did not select the Bay Area] because it’s so expensive… I’m sure building a headquarters would need to be big and that would be expensive just buying the land,” Kelsey Theriault, Woodside Economics teacher, states.

Additionally, employees may not want to come work for Amazon if they had to pay for expensive Bay Area housing.

Jesse Manzo, Woodside Economics teacher, comments, “Why would employees want to come to Amazon’s [HQ2] when they have to pay $6,000 a month for a house [here], when they could go to Georgia and spend $2,000.”

In addition to space, Amazon also would have needed to compete for workers in the Bay Area. Amazon has said that HQ2 would bring in 50,000 new jobs to the host city; jobs which the Bay Area needs more employees to fill as more tech workers move away to find cheaper housing.

“[Amazon] didn’t choose the Bay Area because there is a lot of competition in the Bay Area with other tech companies,” Manzo states. “You only have so many computer engineers.”

Amazon, in an email to the Woodside Paw Print, would not comment if cost of land or competition for workers was reasoning behind selecting their shortlist. However, these issues plaguing the Bay Area are not exclusive; any city where Amazon moves in could see housing prices shoot up.

“The selling point [for HQ2] is that it will bring 50,000 jobs in 10 to 15 years, which is obviously good; it’s also going to raise the economy of wherever it goes,” Manzo states. “There [are] perils to that too… prices are going to skyrocket for housing because of the demand.”

Many cities are providing incentives, namely tax breaks, for Amazon to build HQ2 in their city. A tax break is essentially a government offered reduction in taxes. For example Newark, New Jersey offered $7 billion in tax breaks should Amazon settle there and Maryland enticed Amazon with a $3 billion tax break and $2 billion transportation upgrade. The Oakland/San Francisco bid did not offer any tax incentives to Amazon.

“Any city that [Amazon] goes to is going to offer them a tax break, and that in itself is wrong. A company like Amazon can pay those taxes,” Theriault comments.

Out of the shortlist, only Los Angeles is on the West Coast with all other cities being east of Denver. Despite this, Amazon has not shut out the Bay Area from all of its business. Amazon Game Studios and A9 Search, which works with Augmented Reality, have offices in the Bay Area. Amazon Web Services, their cloud-based business infrastructure platform, recently moved into a new building in East Palo Alto too.

“I don’t know why the Bay Area feels entitled to [HQ2]. There is a new building in EPA… that belongs to Amazon,” Manzo mentions.

By not selecting the Bay Area for HQ2, Amazon might have actually helped the housing crisis here by decentralizing employees of tech companies in the United States.

“If there is going to be a way to curb the expensive cost of living here, it’s going to be by creating more tech hubs around the country,” Theriault states. “Moving [Amazon’s] headquarters somewhere else could then move tech workers out of the Bay Area.”