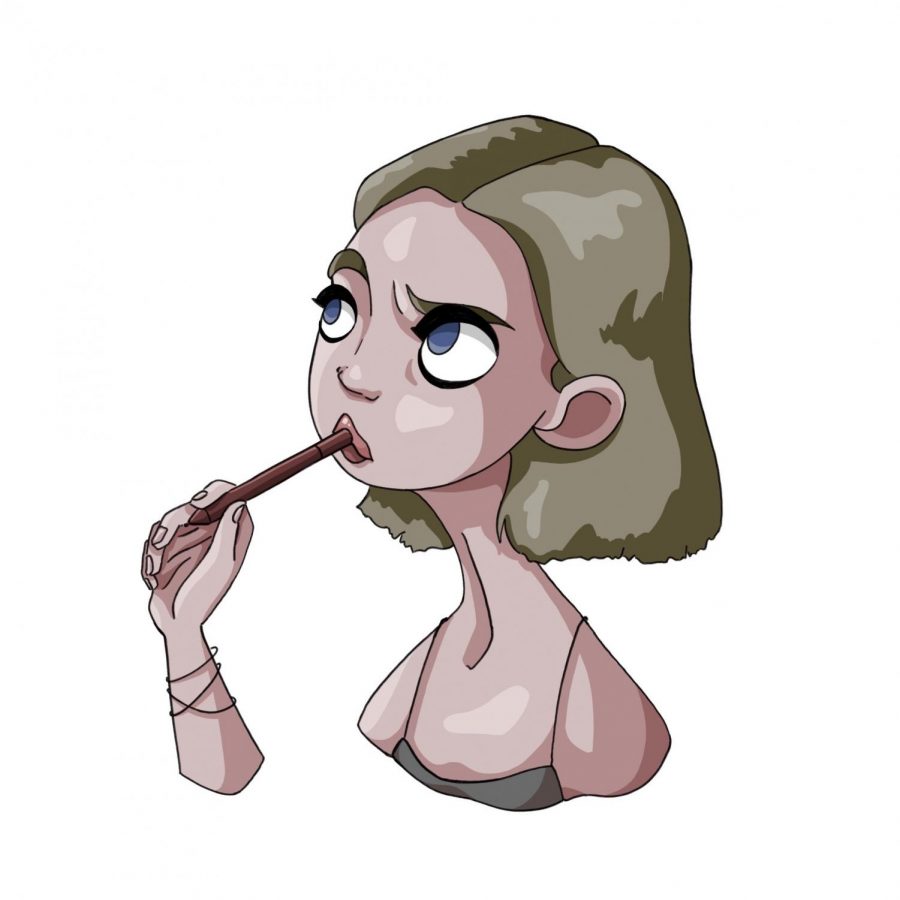 Woodside senior Kaylee Wall has always had a passion for art, but she recently found her true calling: 2D animation.

Wall began to follow her dream of animation around the time of her sophomore year. The following year, she pursued her passion by taking Woodside’s web design class, where she experimented with 2D and 3D animation. In her senior year, she began focusing on 2D animation.

“I’ve always drawn a lot, and then sophomore year I realized I could actually do it for a job, so then I started getting more serious about it,” Wall explained.

Wall is currently working on several personal projects such as a monthly social media art challenge which she refers to as Mer-May and other school-related projects such as creating her AP Art portfolio.

“Basically you draw a mermaid every day. It’s a little challenge to see if you can draw every day,” Wall explained. “I am doing it just because I wanted to come up with a finished product every day, which has been very hard.”

Though she doesn’t divulge any one reason for her love of art, her mother may have had an influence on her early inclinations towards art and character creation.

“My mom used to draw a lot, and she definitely used to when she was younger,” Wall stated. “I think that’s maybe where [my passion for art] came from when I was younger. She would make all her own birthday cards and other little crafty things, so I think that is probably how I started out.”

Wall’s passion for specifically creating characters in her work can be partially attributed to her early interest in animated cartoon characters.

“I definitely really like Disney characters,” Wall said. “I really admire it because it’s a really big animation industry, Pixar as well.”

Wall’s current largest project is putting together a series for her AP Art portfolio. As the assignment requires an essential question, Wall chose: “How are humans destroying themselves?”

“I am exploring it through three different types,” She said. “Toxins, technology, and pollution.”

For the AP Art portfolio, planning journals are also graded.

“Half of the stuff that we are submitting [are] finished works, but then there is another part of it that is to just see our thought process,” said Wall. “Normally, I would just sketch it out on a piece of paper, but I try to make it more organized.”

Wall will continue to pursue 2D animation at the Laguna College of Art and Design, in Laguna Beach, in the fall. When deciding to major in 2D animation, she considered the digital ways of 3D animation but chose 2D because of the drawing aspect.

“There are two different kinds, one being on paper which I have done before,” Wall explained. “There’s [also] things called lightboards; it’s basically like a table that shines light up, and you can put your paper on it then add another, and you can see the drawing underneath so when you want to change the character a little bit you can see what happened right before.”

Wall’s preferred technique is drawing straight onto the computer using a tablet for example and having the frames already set. She creates much of her art this way but also enjoys painting.

“I really like just the painting kind of thing because it is mostly for me and I get to spend a lot of time on it. Animation is really different too because… I think it’s really cool to get to move the characters,” Wall said. “Digital art is really cool too because I can do it really easily like just on a tablet. I don’t need all these supplies. It’s easy to make a nice finished product sitting on the couch.”