This review features spoilers for the ending of the video game "Half-Life: Alyx." 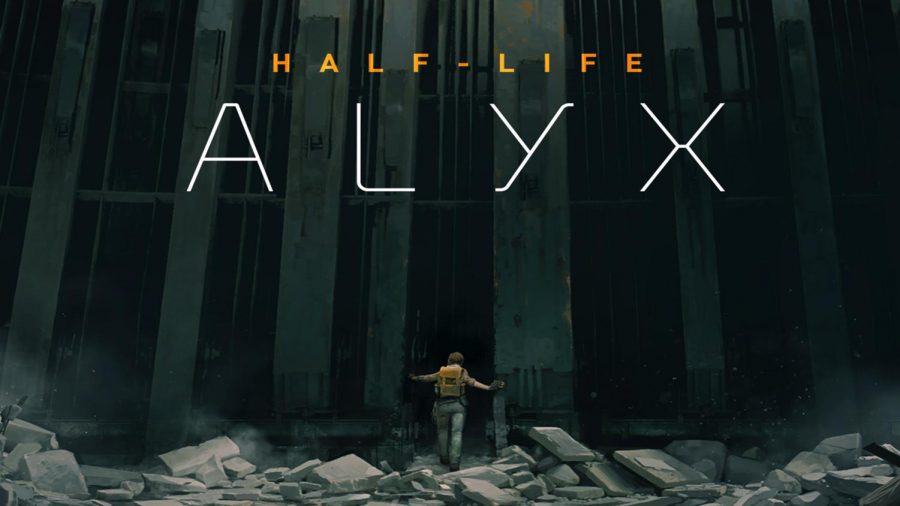 "Half-Life: Alyx" has been one of the most anticipated games of 2020.

What’s it like to play a video game in virtual reality (VR)? This is a question I expect most people who buy “Half-Life: Alyx” to not know the answer to until they put on their VR headset.

Not only is “Alyx” the first “real” game to be playable exclusively in VR; it’s also the long-anticipated continuation (prequel as it may be) to a beloved series that was last updated all the way back in 2007. Many assumed that the “Half-Life” series had been completely abandoned by Valve (the company who made it) in favor of virtual trading card games and the Steam app, so it’s not a leap of logic to guess that this game will lead to a major spike in first-time VR users eager to return to the series. So, what’s it like to play a game in virtual reality? It’s complicated.

The first thing I felt when I put on my Oculus headset to play “Alyx” was wonder. The game opens on a balcony overlooking City 17 (which was also the setting in Half-Life 2), and it’s clear from this opening alone that a lot of care went into the game’s environments. City 17 looks like a real place, augmented by the immersion provided by VR.

The second thing I felt, almost immediately after the initial feeling of wonder, was nausea incomparable to anything I have ever experienced before. Due to the immersive VR, gamers have been advised against using “Alyx’s” “continuous movement” system, in which your character is moved by the joystick on your controller.

“That’s basically how every other game is played,” I thought, filled with hubris. “I’ll feel fine.” I pushed my character forward a few steps in the game and instantly fell over in real life. Moving in virtual reality is more disorienting than one could possibly imagine; it feels almost like falling in a dream, or going to step on something that isn’t there. Add to that the fact that a VR headset is literally a heavy, tight, warm brick with a bright screen placed directly in front of your eyes at all times, and I hope you can understand why I had to lay down for about 90 minutes after playing to avoid throwing up and/or collapsing.

The next day, I tried again. I used a semi-teleportation system this time, which allows your character go short distances in an instant. It turned out to be way less gimmicky than it looked in Alyx’s gameplay trailers, and it reduced my nausea significantly. However, it did break my immersion a bit.

As I played through Alyx’s opening chapter, my reservations about VR were quickly, if temporarily, assuaged. For longer than I’d like to admit, my fun came solely from picking up and smashing bottles, throwing things out of windows, and writing with an interactive marker. These are things you could also do in the real world, but it’s more enjoyable to do them in the heightened unreality of City 17.

I won’t go into detail about “Alyx”’s plot here, since it’s very simple and mostly functions as a way to get the player from Point A to Point B. This in itself may be a departure from the other Half-Life games, but it’s not necessarily a flaw on its own. Instead, I’ll comment on how interacting with these points feels.

It’s not like going through these areas is boring in the moment. Russel, voiced brilliantly by Rhys Darby, talks to Alyx from his apartment and provides good characterization and world-building side-by-side with genuinely funny (and, thankfully, non-intrusive!) comic relief. There are enough changes of pace, too, to distract from the fact that you’re essentially going through the same places on repeat.

Some of these comedic moments come in the early sections of “Alyx,” like a humorous encounter with a Vortigaunt and a thrilling train-robbery-esque sequence. But these minor moments, each of which only last a few minutes, don’t distract from the fact that “Alyx” has a mere two or three standout sequences. This is especially egregious when “Half-Life 2” and its episodes had about two or three standout moments in every chapter.

Ravenholm, thought to be the best location in “Half-Life 2,” has sections with interesting traps and terrifying gauntlets that introduce creative new enemy types, and the scene generally follows a rising/falling action structure very well. “Half-Life 2” also has driving sections that shake up the placement of locations in an interesting way and one of the best endings in video game history.

Meanwhile, all “Alyx” has is an enemy that moves based on sound (only one, and he’s used for, at most, an hour), open areas in an abandoned zoo (all two of them!), and a chase scene with a Strider (which lasts 20 minutes). These are all consecutive late-game segments as well, which makes the entire first half of “Alyx” retroactively seem like padding. What’s worse is that a lot of “Alyx”’s additions to the “Half-Life” series serve virtually no purpose, like the gun upgrade system. There are several upgrade stations liberally placed throughout City 17, but all they do is make your small arsenal of guns slightly easier to use, and they disappear far before the game’s gun-free climax.

It’s hard not to look at “Alyx” cynically. Thirteen years after a game that ended with a cliffhanger and the promise of “Half-Life 3,” and several years after much of the original “Half-Life” team was fired, it’s odd that the next installment in the “Half-Life” series is a prequel exclusive to a gimmicky, expensive, hard-to-use console. The artistry of the other “Half-Life” games is missing; traveling from Point A to Point B doesn’t feel as epic as it used to, and there’s very little sense of escalation or adventure within chapters and overall.

“Alyx” also doesn’t have the advantages of “Half-Life 2,” in which the player could experience a near-constant state of intrigue as they learned about the mysterious new regime they found themselves rebelling against. That’s not to say that a prequel can’t expand on a series in an interesting way, it’s just that “Alyx” doesn’t. “Half-Life 2” had a gravity gun, so “Alyx” has gravity gloves. “Half-Life” is a series centered around exploration, so “Alyx” is too, even if it means forcing the player to choose between a nauseating walking system or an odd teleportation mode. “Half-Life 2” had Gordon Freeman, so “Alyx” pretends like it does, until it turns around and reveals that it actually has the mysterious G-Man. This would be a clever twist if “Alyx”’s ending wasn’t just a scaled-down version of the ending to “Half-Life 2,” complete with a mysterious alien compound, a re-energized gravity machine, and a cliffhanger involving the G-Man putting the main character in a state of indefinite stasis. What’s most infuriating is that, like the game that came out 13 years before it, “Alyx” also ends with the promise of “Half-Life 3.” Hopefully we won’t have to wait until 2033 for another installment.

Playing “Half-Life: Alyx” is fun. It looks nice, it runs well enough, and it’s cool to interact with. It isn’t a bad game, and I never felt like giving up on it. But that doesn’t make it anything more than an interesting tech demo or a tutorial for a later, better game that might actually be interested in continuing the “Half-Life” saga. If you don’t already have a VR set, don’t buy one just to play this game. If you already have a VR consoles, don’t feel obligated to use it to play “Half-Life: Alyx.”