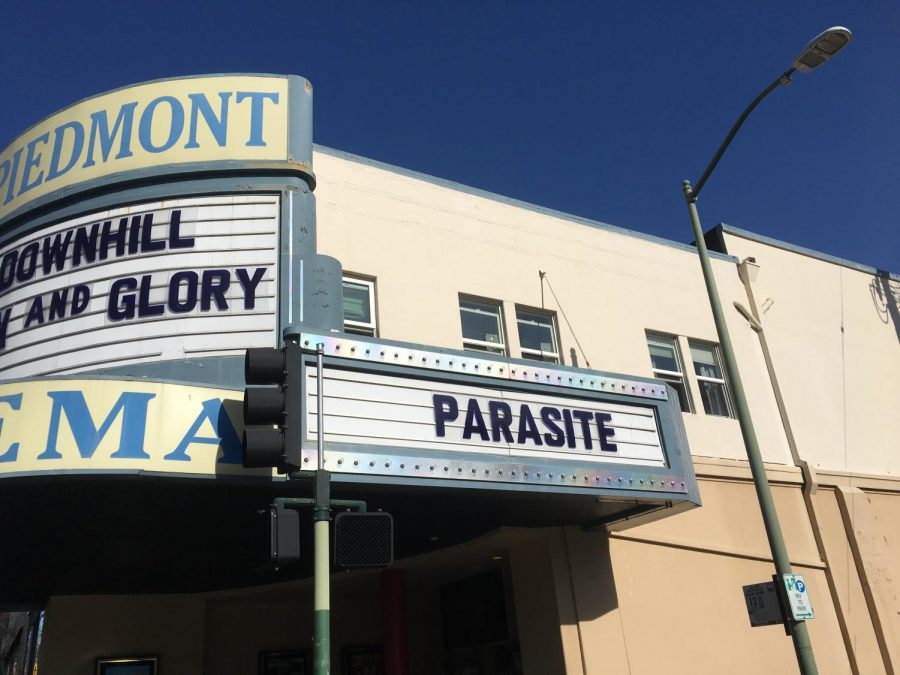 "Parasite" made its big screen debut in the US in October, earning $376,264 on just a few screens.

My expectations for a film have never been higher.

Declared the Palme d’Or at the 2019 Cannes Film Festival, a winner of four Academy Awards, and boasting a 99 percent critic score on Rotten Tomatoes among dozens of other awards, “Parasite” is one of the most critically-acclaimed movies of the decade.

As the first film to win both the Academy Award for Best Foreign Language Film and Best Picture, “Parasite” sparked a newfound appreciation for foreign language films in the United States.

“Once you overcome the one-inch tall barrier of subtitles, you will be introduced to so many more amazing films,” Bong (or, rather, his translator, Sharon Choi) stated at the Golden Globes during his acceptance speech for Best Foreign Language Film.

“Compared to Japanese or Hong Kong film, the history of Korean cinema is relatively lesser known to American and European audiences,” Joon-ho stated in an interview with NPR. “I hope, due to the opportunities that have arisen from ‘Parasite,’ people will realize that Korean cinema has also had a lot of masters.”

A grotesque examination of the division between the rich and poor, the South Korean film “Parasite” details the infiltration of the affluent Park family’s home by the destitute Kims, beginning with Kim Ki-woo (Choi Woo-shik) tutoring high school sophomore Park Da-hye (Jeong Ji-So). After executing clever schemes to get rid of the Parks’ driver and housekeeper, every member of the Kim family acquires a high-paying job in the Park household, forming a dangerously symbiotic relationship.

In an interview with IndieWire, director Bong Joon-ho explained where the idea for “Parasite” originated.

“When I was tutoring, I really felt like I was infiltrating this family, and that’s where my inspiration came from,” Bong said.

Bong crafts a story with so many moving parts that it manages to keep its audience both entertained and on edge. Although the exposition and rising action are driven by dark humor, more sinister, threatening elements of horror and mystery dominate the film’s second half. From celebratory to morbid, elated to appalling, the film’s sudden shifts in tone effectively capture and hold the audience’s attention by establishing a menacing mood.

On a surface level, Bong warns against the devastation that comes with deceit and avarice, but “Parasite” also exposes the lack of understanding between the disparate groups. The privileged Park family takes everything for granted and fails to recognize the struggles of the Kims, while duplicity, hubris, and insatiability consume the covetous Kims as they adjust to the Parks’ lavish lifestyle.

While the actors’ performances certainly amplify emotions in individual scenes, the collective juxtaposition between the families is what enhances the film’s appeal: the Parks are wealthy and oblivious while the Kims are impecunious and scornful. The film’s main settings also emphasize the families’ differences: the Parks’ modern home is luxurious with clean, wide windows and a well-kept green lawn while the Kims’ bleak bunker is squalid, foul-smelling, unwelcoming, and poorly-lit. Roughly 60 percent of the film takes place in the Parks’ opulent house, which isn’t anyone’s actual home — it’s a set designed by production designer Lee Ha Jun, described by Bong as “its own universe.”

“Because the story is about the rich and poor, that’s obviously the approach we had to take in terms of designing the sound and lighting,” Bong explained. “The poorer you are, the less sunlight you have access to, and that’s just how it is in real life as well.”

Though the film develops mostly around the Kim and Park families, the exiled Park housekeeper Moon-gwang (Lee Jeong-eun) and her disturbed husband Geun-sae (Park Myung-hoon) are two outside characters who are also critical to the rising conflict. Geun-sae is initially quiet and somewhat subdued, but his character is arguably the most fascinating of the entire film. With bulging eyes and a shaky laugh, Park’s haunting portrayal of insanity stands out as one of the stronger acting performances.

Park’s mastery of his character is especially essential to the clean execution of the film’s horrifying climax. Thrilling, dramatic, and fast-paced, the gruesome finale will certainly be expected by viewers, but its predictability does not detract from the experience — rather, it powerfully extends the impending sense of dread.

Much of the palpable tension can be attributed to the series of long shots before the climax, which emphasize both Ki-taek’s (Kang-ho Song) rising hatred and Yeon-kyo’s (Yeo-jeong Jo) ignorance. Yeon-kyo incessantly chatters on the phone, mindlessly throwing extravagant items for Da-song’s birthday party into the shopping cart that Ki-taek pushes around for her. On the lengthy drive home, Ki-taek’s mannerisms — hands gripping the wheel, narrowed eyes, face twisted into a grimace — exhibit his growing resentment.

In a renowned scene from the film, rain pours down — the storm evidently foreshadows the rising conflict, but, on another level, the rain reinforces the differentiation between the rich and the poor. While rain waters the Parks’ lawn, it floods the Kims’ home. As the Parks drive home from their ruined camping trip, the rain a mere inconvenience to them, the Kims’ home is flooded with rainwater and sewer water, forcing them to sleep in a gymnasium with other displaced families.

Bong’s films typically start and end in the same place, and “Parasite” is no exception to this parallelism — the film starts and ends in the squalid Kim family bunker. The world around them remains seemingly unaltered, yet every character has dramatically changed.

“It’s quite cruel and sad, but I thought it was being real and honest with the audience,” Bong explained in an interview with “Vulture” regarding the film’s conclusion.

That’s what Bong captures so flawlessly in “Parasite”: the harsh reality of life. The plot relies on fictional elements exaggerated by comedy or terror, but at its core, the dark film touches on the very real societal issues.

Bong Joon-ho’s “Parasite” is a must-see — by simultaneously depicting socioeconomic division and exploring the complexity of corruption, the film is a masterful balance of humor and horror that signifies the brilliance of a truly exceptional filmmaker.