Why Are Many Americans Switching to Streaming Services? 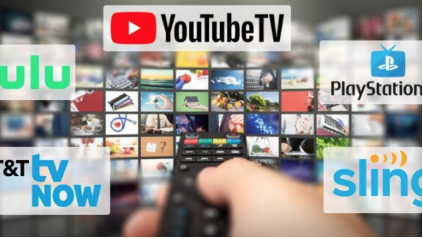 Thanks to streaming, Americans now have access to an unprecedented number of TV shows.

Nearly 60% of Americans have switched from cable TV to streaming services.

Many of these people are replacing their cable with streaming because streaming gives them access to unique content.

“I have cable TV, Hulu, Netflix, Amazon Prime, and Disney+,” said Woodside freshman Natalia Roden. “I think the benefits from streaming services are that you get to watch shows that aren’t on cable TV; you can watch them on demand.”

Another upside to streaming services is their prices.

Streaming services also offer more to watch compared to cable TV; Prime Video has 2077 shows, Netflix has 1686, and Hulu has 1891. In addition, while cable also has a wide variety of shows, the most-watched shows are on streaming services.

“The shows [on streaming] are more intriguing, unlike the ones that are on cable TV, [which people] can’t see whenever they want,” said Woodside freshman Angeni Garcia.

However, there are still people who miss when cable TV was the norm.

“The shows I prefer are ‘Insatiable’, which is on Netflix, and ‘Riverdale’,” said Woodside freshman Kasandra Borbolla. “The thing I miss about cable TV is the TV shows and cartoons.”

Another draw to cable TV is that it provides shows for a diverse range of viewers. For example, Xfinity offers Bay Area residents over 60 Spanish-language channels.

“I usually watch cable TV,” said Garcia. “I do have Netflix, but I don’t use it as often. [On cable TV], you can see shows from other places such as Mexico [and] Guatemala. I think [TV] has gotten broader, and [cable TV has] gotten more variety.”

The general shift in popularity towards streaming services has facilitated the growth of the television industry as a whole. Now, consumers have a wider variety of television to choose from than ever before.

“I think [television] has expanded its market to more of a ‘your choice’ versus ‘whatever’s on,’ and I think it has gotten better in that sense,” said Woodside guidance counselor Francisco Negri.