The Paw’dcast: Dodie’s Enchanting Performance Lights Up The Fox Theater 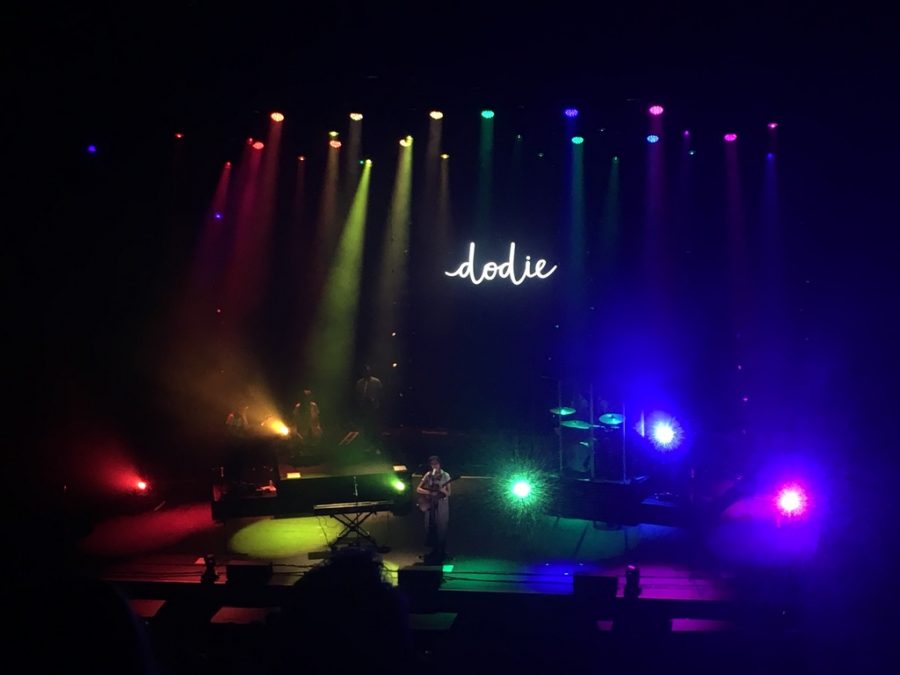 The audience cheered especially loud for Dodie during her performance of "She."

This weekend, Dodie gave a stellar performance at the Fox Theater in Oakland, California. Before she took to the stage, reporter for The Paw Print Taila Lee spoke to some fans and asked about how they personally connect to Dodie and her music.

“I started listening to Dodie about a year ago,” fan Hailey Sanders said. “I was going through some pretty extreme mental health issues, and ‘Secret For The Mad’ helped me get through a lot of those hard times. I hadn’t  found an artist who had spoken so openly about mental health in their music as well as online, so that’s a huge reason why I’m a fan.”

While Sanders recently discovered Dodie, Charlie Des has been a fan of Dodie for about four years.

“She has always been a major inspiration for me,” Des explained. “She talks about mental health openly, and she’s very body positive… She writes music that speaks to me on a much deeper level that I don’t experience with a lot of artists.”

During her concert, Dodie offered background on some of her more emotional songs.

“This one is more hopeful,” Dodie said before her performance of “Secret For The Mad,” a song about her struggling to come out as bisexual. “I wrote it through a dark time… This song is for anyone who is going through a very dark time, perhaps anyone who struggled to come out tonight… Please listen carefully to these words, because I wrote them for you.”

“Dodie, for me, is someone who’s really inspired me through many different journeys in my life, whether [they] be emotional, physical, or mental,” Laine Slabbinck, who attended Dodie’s concert, said. “Her music just brings a light to every situation I seem to be in.”

“She’s always been an inspiration with her music, and I guess her music is really calming,” another fan Katy Skallerud stated.

Des agreed that Dodie’s music offers comfort to many listeners.

“It just means a lot to me that I have some place that I can go to feel like I’m understood, heard, and loved within her community,” Des said.