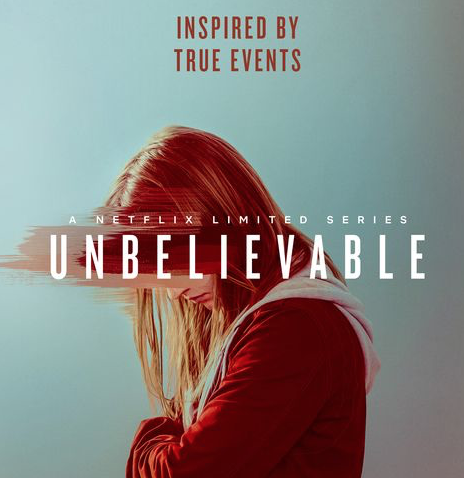 “Unbelievable” was released in September of 2019. The show features Kaitlyn Dever, who played the role of Marie Adler.

“You don’t sound crazy to me,” Karen Duvall, one of the main detectives in a new limited Netflix series, said. “You sound like someone who’s been through a trauma and is looking for a way to feel safe again and in control. And, there is nothing crazy about that.”

The series, “Unbelievable,” is based on a true story about a chain of rape cases that had been either been closed or dismissed. Three years later, two female detectives finally took it upon themselves to piece together the cases.

The series highlights the struggle of rape victims who are dealing with both the trauma of being raped and with the skepticism of people who doubt their credibility. The main character, Marie Adler, renounced her initial statement after disbelieving police officers questioned her story. As a result of retracting her statement, she was taken to court for making a false claim. During her struggles, she lost almost all of her friends and was demoted at her job.

The show also touches on the after-effects of rape. Approximately 13 percent of rape victims attempt suicide. Almost all who are raped feel immensely violated or unsafe, and  this sometimes leads many victims to take their own lives.

Unlike most shows that are centered around rape, “Unbelievable” clearly portrays how rape not only affects the victim but also the people who love them.

However, the one unrealistic aspect of the show is the brutal stereotyping of the male detectives. They are displayed as rude and inconsiderate, manipulating Marie into retracting her statement. On the other hand, the female detectives are kind, caring, and do their best to make the victims feel better. In reality, not all male detectives would be so dismissive of such a severe case; the portrayal of the officers in the show borders on extreme.

As the show progresses, though, the audience is drawn in by their growing sympathy for Marie and by the amicable and benevolent female cop, Karen Duvall. Despite being difficult to watch due to the sensitive topic, “Unbelievable” is hard to turn off: it constantly leaves the audience feeling worried for Marie and hoping that she will find peace.