Netflix Will Remove “The Office” From Its Platforms in 2020 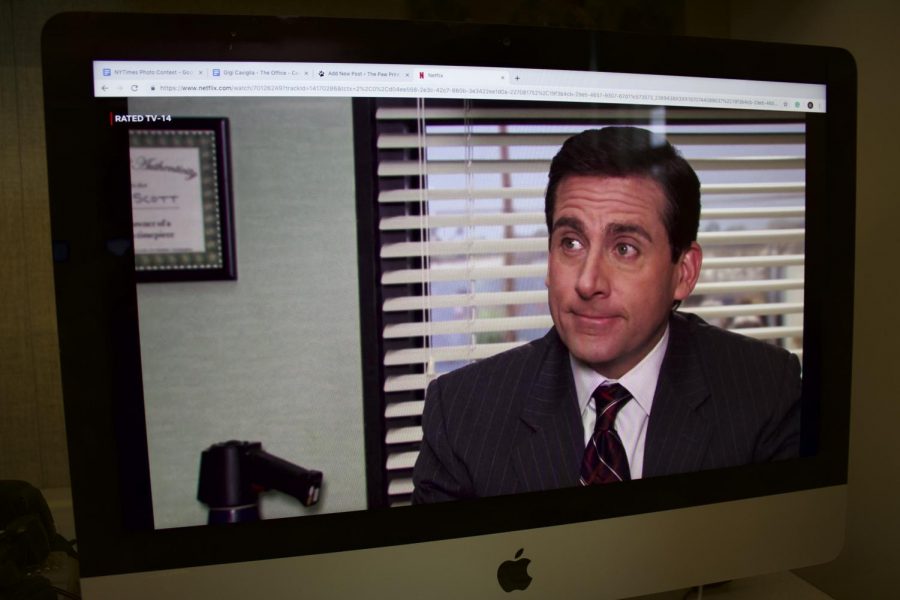 Steve Carell stars as Michael Scott in the show "The Office."

Many Woodside students are disappointed after Netflix’s June 25 announcement that the National Broadcasting Company (NBC) will be taking back the streaming rights to the hit comedy “The Office” in January of 2020, meaning that the show will no longer be streaming on Netflix.

The comedic show, starring Steve Carell as the boss of a paper company called Dunder Mifflin, will no longer be available for streaming at the end of 2020 or early 2021, meaning that people will have only one more year to watch the show.

“I found the show helpful for people who were coping with stress because it’s so funny, and it calms them down while creating a less stressful environment,” Woodside freshman Benny Bogyo reported.

Although the show isn’t necessarily educational, students generally love the show because it brings them joy and laughter.

”I was devastated because it was the best show ever,” an anonymous Woodside student said. “I really don’t understand why NBC would be so cruel as to remove one of the best shows on Netflix. I have seen a lot of tweets about how people are going to end their subscription with Netflix and move to the free NBC site, but that’s exactly what NBC wanted.”

However, some Woodside students feel that the show’s removal is understandable, as “The Office” has already been available for several years.

“People have had their time to watch it,” Woodside freshman Jennifer Reynolds said. “It has been airing since 2005, [and] that’s long enough for people to finish all 9 seasons of it. There’s nothing we can do about it except complain, and that’s not going to get us anywhere.”