Why is “Friends” Still Popular After 25 Years?

It's been over two decades since the first episode of "Friends" aired. Why are we still watching? 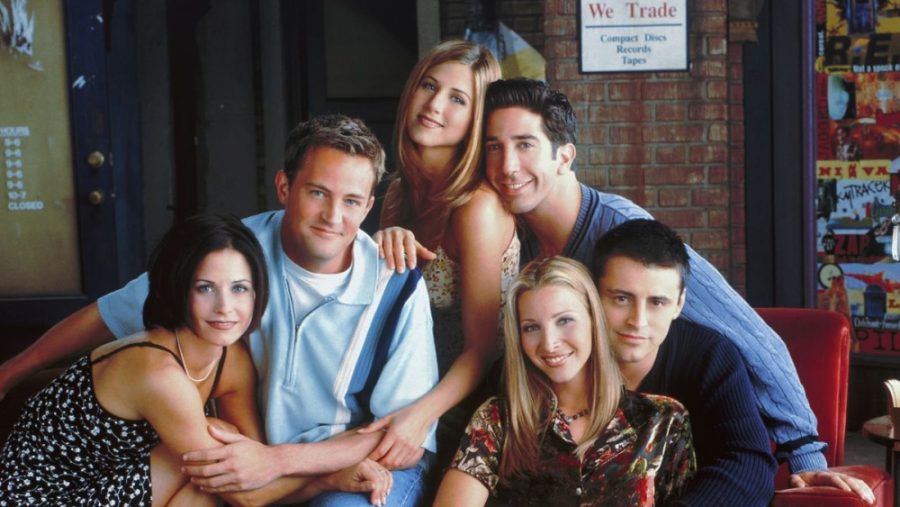 Picture from Variety: The Cast of “Friends” worked together for 10 years and brought joy to all their viewers.

After 25 years, the television show “Friends” is still at the top of Netflix’s popular shows. We ask ourselves, “Why?”

Those who love watching “Friends” know that there are many funny jokes to laugh at, “aww” moments to experience, and squeals of excitement to be had when watching the show. How is the show still relatable after 25 years?

“[‘Friends’] is a great show,” Woodside freshman Natalia Roden said. “Most people can relate to the struggles the characters go through.”

After years on Netflix, “Friends” is going to be taken off in 2020 for a new home on HBO Max.

“They’re taking it off Netflix, so a lot of people are watching it right now,” Sanchez said.

“Friends” left television in 2004, and yet people still love watching it and won’t stop watching anytime soon. Most believe that even after watching the show several times, it’s still engaging.

Even though the show was originally intended for adult audiences, it has now become a show for all ages.

“Social media and everything has changed so much that it’s become something that more teenagers watch as they develop new understandings of things,” Woodside freshman Angeni Garcia said.

“It’s really funny and still really relatable,” Woodside freshman Ale Pelkowski said. “It never gets old; it’s so long, and there’s so much stuff that happens.”