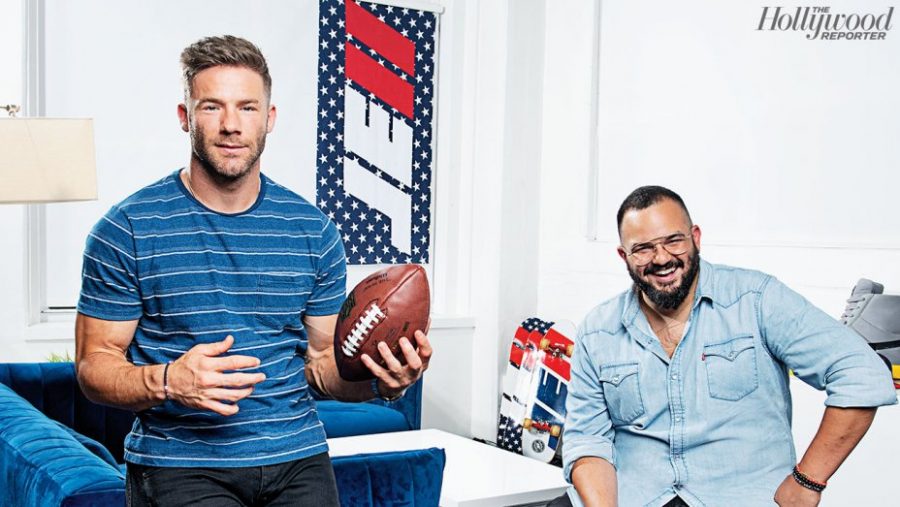 Swissa and Edelman launched the company with their first film, “100%: Julian Edelman,” a documentary about Edelman’s journey from enduring a major injury to becoming the Super Bowl Most Valuable Player (MVP) in 2019. Swissa, producer, and Edelman, co-producer, are both passionate about creating and producing films, which helped them make their idea for a production company into a reality.

“One thing we’ve always been passionate about is writing and creating videos,” Swissa said. “We love it, so the passion for that made it grow into a real thing.”

Swissa and Edelman were both at rock bottom when they first started working together, so when they hit rock bottom again, they saw it as an opportunity to begin working on their documentary.

“We have always sort of talked about [starting the company] but never really made it real,” Swissa said. “Coast Productions came to life after Julian had an ACL injury and we were at rock bottom again … After the injury, we started Coast, and we started working on the documentary.”

Swissa and Edelman are content with “100%” ‘s success since the release in June.

“‘100%’ is the number one sports documentary on Showtime and the number three documentary overall,” Swissa said. “And we are very proud of that because … I didn’t have that film background and neither did Julian; we just had good instincts.”

Coast has many shows, features, and movies in the works for the future. Swissa and Edelman’s favorite genre is comedy, and they are excited to write and produce comedic films.

“We like comedy,” Swissa said. “We want to write romantic comedy.We want to write feature films, films for the theater, films for Netflix, and also series. We were inspired by a lot of shows we’ve seen on showtime, so we are working now on writing and developing a number of series.”

Through his success with “100%,” Swissa proves that dreams do come true if you work hard.

“Since I was a kid, I’ve always wanted to make movies,” Swissa said. “I was always so intimidated by it, but what you learn as you get older, and you have to learn it quickly, is that with hard work … As long as you care, you can make whatever you want happen and that’s the thing I wish I knew earlier.”