Remembering the Life of Nipsey Hussle 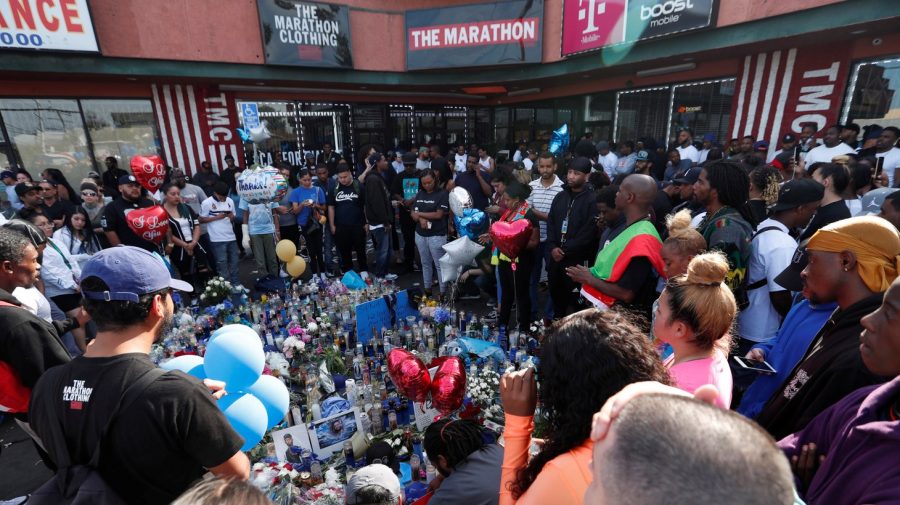 American rapper Ermias Davidson Asghedom, better known as Nipsey Hussle, was shot and killed on March 31, 2019 in front of his clothing store in South Los Angeles.

The shooting took place at 3:25 pm right outside Hussle’s clothing store, which is now owned by Hussle’s brother. While two of Hussle’s companions were shot and left injured, Hussle was pronounced dead at the scene. It has been reported that the suspected shooter, 29-year-old Eric Holder, had prior personal disputes with Hussle.

Hussle lived in Southern Los Angeles his entire life and grew up in its poorer areas. One of his biggest accomplishments, according to him, was “making it out.” He was not only known for his music but his love and dedication for his community. He committed to always staying and helping the area he grew up in, and even tried bringing in new resources and innovating the area. He was often seen speaking out against gun violence, despite the background he came from and what he had seen.

“Nipsey was the rare example of someone who never left, and instead created business inside that neighborhood to create job opportunities for those who deserved them,” Gavin Carlson, a Woodside junior, stated.

Hussle was involved and worked closely with organizations intended to help underprivileged kids in the same area he grew up in. In 2018, he co-founded a science and technology center that was meant for those underprivileged kids. The STEM building was additionally a work center where several jobs were being offered to those in the area who were unemployed.

“I think the biggest thing is how he never lost faith in those he was close with,” De’Andre Brown, a Woodside junior, added. “Instead of leaving those who were struggling, he wanted to help them [and] make their conditions better.”

While speaking, Snoop Dogg commented, “We had the same spirit. But what was crazy was Nip’s mentality was stronger than a rapper that’s been in the game for 15 years.”

Snoop Dogg and Hussle two held a lot of respect for each other and had been seen creating a close relationship over recent years.

Additionally, President Barack Obama left a letter for the family of Hussle which stated, “While most folks look at the Crenshaw neighborhood where he grew up and see only gangs, bullets, and despair, Nipsey saw potential. He saw hope.”

President Obama further expressed his respects for Hussle’s dedication to his home and the ways he would spread love and joy.

Previously this year, Hussle’s hit album Victory Lap was put up for a Grammy nomination. This was his very first nomination, although many more were anticipated in the future.

People continue to pay their respects and come together to celebrate Hussle’s life and what he did for the community and city of Los Angeles. From those from the same area, all the way to other famous artists and athletes, many still mourn the loss of not only an artist, influencer, but passionate human, Nipsey Hussle.

“It’s obviously unfortunate when you lose someone that influential,” Brown commented. “Everyone knows he’ll be missed.”