French president says it will take 5 years to rebuild 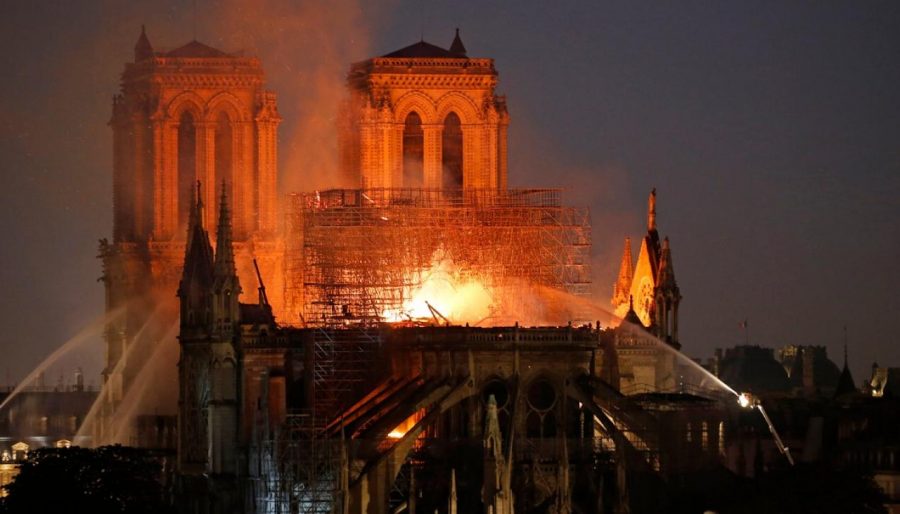 Experts from around the world are looking ahead to the rebuilding process after the Notre Dame cathedral in Paris caught fire last month.

The cathedral is located at Point zéro des routes de France – the zero point of Paris. It is world-renown for its amazing architecture, and is often first on visitor itineraries, drawing around 13 million people every year.

“I’ve been to Notre Dame four or five times,” AS English teacher and world traveler, Kathleen Coughlin, said. “What always struck me is the enormity and energy of structure, both are breathtaking. I can understand why people all over the world are moved by this loss.”

The famous building is said to have caught fire at about 6:20 pm local time on April 15th and brought as many as 400 firefighters to the scene, who battled the flames for over 15 hours. Thanks to their efforts, only parts of the medieval roof and spire faced major damage.

Many of the Cathedrals most important artifacts were saved in the fire, such as the 600-year old “Grand organ” and multiple Catholic relics including the woven crown of thorns, and a nail and wooden fragment from the cross which may feel is sacred.

The 700-year-old cathedral has survived multiple “tests” over the years, including the French revolution and World War II. As Coughlin puts it the fire is merely, “a battle wound.”

Many experts say the rebuilding process could take years to complete, and cost upwards of $1 billion, of which, about $800 million have been raised. French President Emmanuel Macron, however, remains hopeful.