How to Stay Safe in an Uber 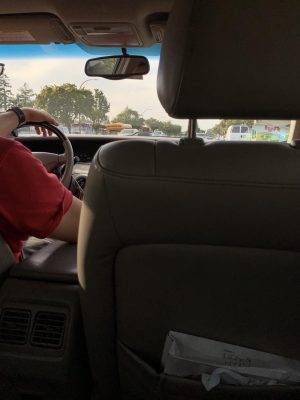 Founded in March 2009, many have questioned the safety of the popular app Uber.

A driver from Union City was recently arrested, raising questions about the safety of Ubers and the rise of assaults from “fake Uber drivers.”

Fake Ubers drive around looking for people outside clubs, targeting people who are too intoxicated to realize they’re getting in the wrong car. Because of these attacks, Uber has added more safety precautions, including the app’s new Safety Toolkit that allows you to quickly contact 911 and share your ride with someone in your contacts. Although this is helpful, many people believe passengers should take more steps to ensure their safety.

“After hearing about the attacks, it makes me more hesitant to take Ubers,” says Sai Beresford, a junior at Woodside.

In order to stay safe, she also checks the license plate, model of the car, and if their appearance matches with the photo on the app. She also waits for the Uber driver to say her name.

Another anonymous Uber driver agreed with Beresford that a passenger should always take these steps.  He advised that intoxicated passengers should take the Uber with a sober friend who can check the identity of the driver.

“You should always check that the license plate on your app matches up with the plate on the car,” said an anonymous Uber driver.

Ever since Uber was founded in 2009, there has been over 200 reported attacks.

An anonymous source often uses Uber when they’re intoxicated, and stated that, after hearing about the attacks, they feel more unsafe and that they would make sure to have a friend check the driver’s identity from now on.

Uber has already taken many steps to ensure their riders’ safety. Uber’s official steps to stay safe are to match the driver, car model, and license plate with the information in the app.

“Even though Ubers can be kind of scary, there are always steps to keep yourself safe,” a Woodside senior said.